The strength and fragility of Europe

In the triangle Russia, the United States and Europe, the debates caused by the invasion of Ukraine are woven, which had to be a blitzkrieg by Putin, but has become a nightmare for a Russian army that has run into a Ukrainian resistance unexpectedly and flees from positions conquered in the first months of the conflict. 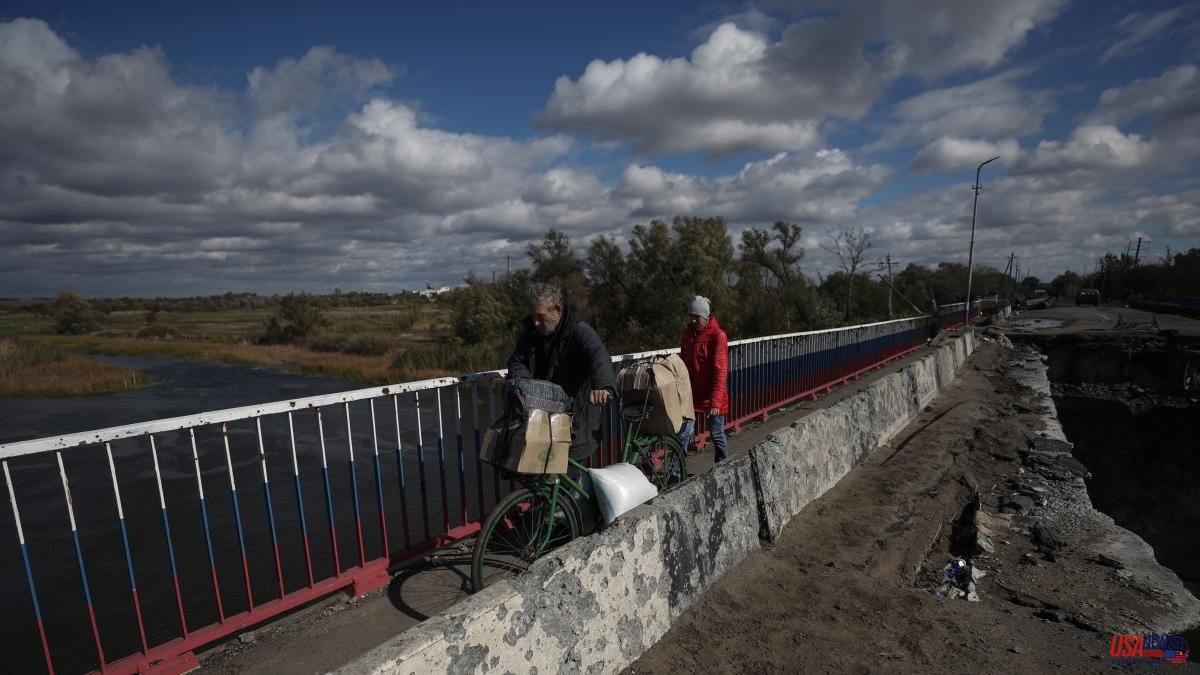 In the triangle Russia, the United States and Europe, the debates caused by the invasion of Ukraine are woven, which had to be a blitzkrieg by Putin, but has become a nightmare for a Russian army that has run into a Ukrainian resistance unexpectedly and flees from positions conquered in the first months of the conflict. The nonagenarian Henry Kissinger has said that with this army Russia could not even cross the border with Poland and not even cross the Vistula.

The situation is uncertain as long as the two sides do not agree to stop the war in the form of a ceasefire or armistice. There is a widespread current of opinion that Europe is not up to the moment and that it will end up once again in the arms of the United States, which takes advantage of Europe's weaknesses to feed its arms industry while chasing away our old national ghosts as he did in 1916, in 1942, in the nineties in the Balkans and now helping the defiant Zelensky with weapons and millions of dollars.

The problem is that this complacent and moralizing Europe is the incubator of the greatest wars that modern history has known. She does not trust herself, she is chastened and remembers with shame the Munich pacts of 1938, Vichy France, the impotence in the Balkan wars and again the danger that comes from the East. In these episodes of recent memory, the United States has played a key role in helping Europe to bury the hatchets and build a project that has enjoyed progress, social peace and freedom for almost eighty years. The countries that fell on the Soviet side as a result of the territorial divisions at the Yalta conference are in the EU and in NATO. It is not the Kantian perpetual peace, but a constant effort to coexist civilly within the antagonistic differences, which are not few.

Despite this, there is a certain air of distrust in Europe today that is detected more explicitly in the extreme right and in the extreme left. It is not that they deny Europe, but that they do not like the one that the two great political families, Christian democracy and social democracy, have built in the last seventy years. The extreme left criticizes the shortcomings of the European social system and the extreme right promotes, as George Steiner predicted, "ethnic hatred, chauvinist nationalism and regional claims that have been Europe's nightmare."

If Europe does not stand up to Putin's anti-Western threats, with all the hardships that will entail, we will remember the consequences of the appeasement of Chamberlain and Daladier in Munich. Jorge Semprún said that his transformation "occurs when I face, being a communist, the Spanish reality and discover that democracy is more important, even with capitalism and the market, than the hypothetical social achievements of a dictatorship of the proletariat."

It would be a mistake to undermine Western, European and North American democratic discourse, and embrace, out of fear or conviction, the story that is being built from the Kremlin and all its terminals in Europe. Shlomo Ben Ami has written that "the values ​​of freedom and The human dignity that drives Western civilization remains the dream of the vast majority of humanity. This is what is at stake on the war fronts in Ukraine, partially annexed by Putin.