The stowage crisis shakes the port of Tarragona

Major crisis in the port of Tarragona due to the harsh open conflict between the group of 130 permanent stevedores (plus 80 temporary) and the five stevedoring companies, in charge of unloading merchandise. 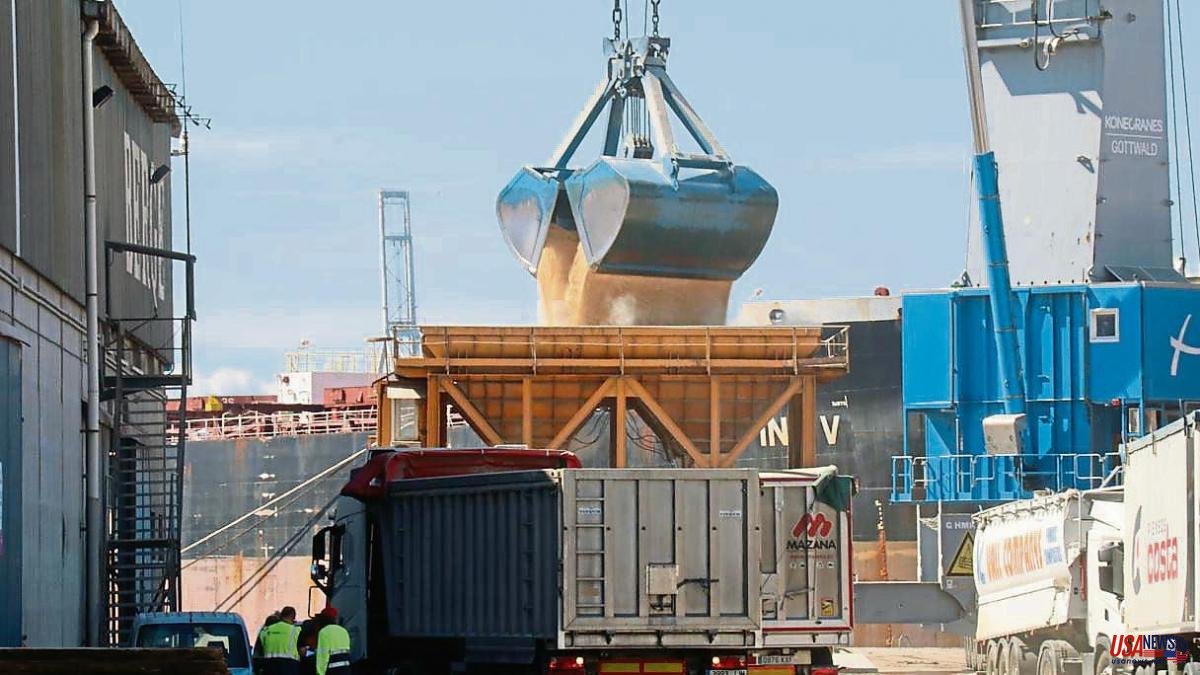 Major crisis in the port of Tarragona due to the harsh open conflict between the group of 130 permanent stevedores (plus 80 temporary) and the five stevedoring companies, in charge of unloading merchandise. The open conflict over a change in the model in the labor relationship between workers and their companies has been slowing down the loading and unloading operations of ships for weeks to the point of causing a 45% drop in grain traffic in August.

This is a huge problem for the port that moves the most grain in the entire Peninsula, a reference in southern Europe. Ships are even being diverted to other nearby ports, such as Valencia or Barcelona, ​​without conflict with stowage, and even to French ports. The Inditex route between Tarragona and Turkey is already being unloaded exceptionally in French waters. The issue is of great concern to companies in the most affected sectors, directly and indirectly, such as the agri-food industry.

The nutrition of 20 million live animals depends on the cereals moved by the port, which has seen traffic of all kinds of goods plummet. The Port Authority of Tarragona calls for dialogue between the stevedoring companies and the workers so that an agreement can be reached as soon as possible.

If unloading operations continue at this anomalous rate, much slower than usual, the grain reserves in the port's silos will continue to fall, threatening supply. The situation is untenable. "The viability of important economic sectors and their jobs depend on the efficiency of the port not failing", highlights Josep Maria Cruset, president of the Port of Tarragona.

The new model in the relationship between stevedores and their companies, with a more modern and efficient organization of work in ports, originates from the legislative changes approved by the European Union. There is no turning back. Among the objectives, liberalize stowage. The port of Tarragona, due to the enormous volume of grain, is very sensitive.

Without the stevedores declaring a strike, the drop in unloading rates – an enormous pressure on companies – is affecting multiple sectors, such as the automotive industry or paper. "We ask the parties to advance the negotiations and to make it compatible with the recovery of activity, so that the ships can unload at the corresponding rate," says Cruset. The agreement will not be easy. The five stevedoring companies, which remain united, are looking for "additional resources" to speed up unloading.