I know of a couple of tourists -and some more- who abandoned a multicolored umbrella at the Ibiza airport before traveling back to the Peninsula. 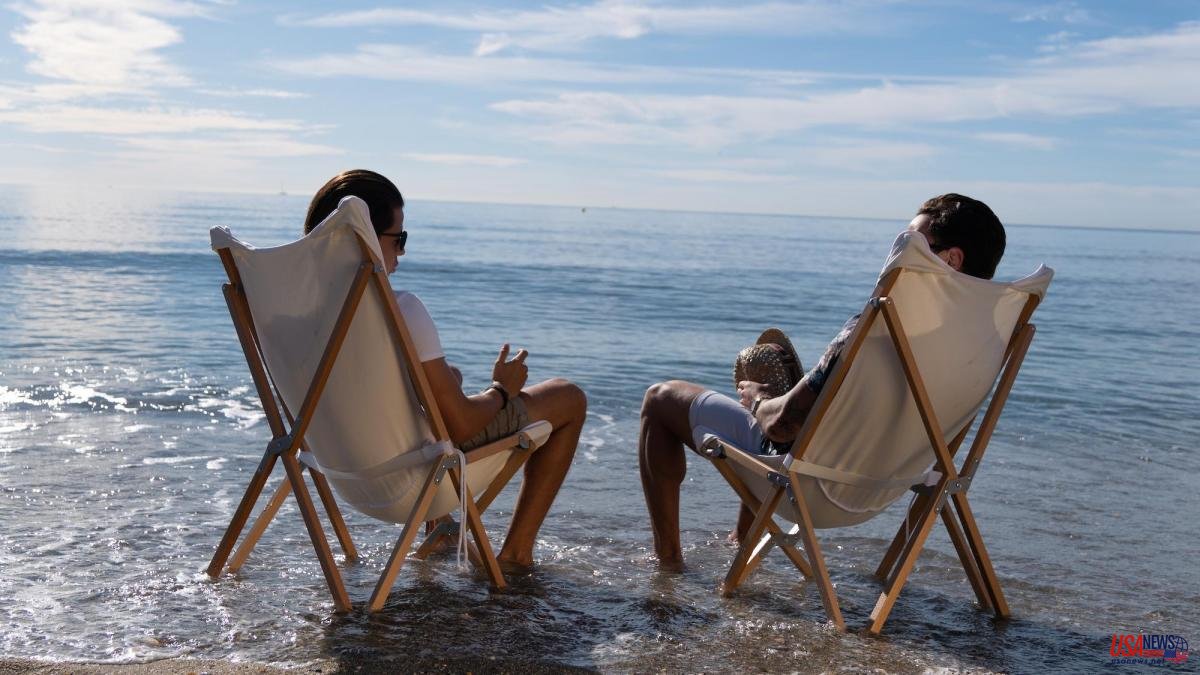 I know of a couple of tourists -and some more- who abandoned a multicolored umbrella at the Ibiza airport before traveling back to the Peninsula. Where did they put that junk? For them, businesses like Sloowy's make sense, even if making it profitable has been difficult from the start.

The Galician Gonzalo Alonso, co-founder of this new company together with José Juan, explains how they thought that "there had to be a way to make life more comfortable for people who travel to the beach". Thus, before the pandemic, they devised an online sunbed and umbrella rental system that, prior reservation through a mobile application, prevented tourists from traveling loaded: they arrive at the beach, go to the ticket office and take the umbrella. Easy.

"With this option you could return the hammock for the minutes you didn't spend, instead of forcing yourself to pay for the full day as it happens now. But the hammock rental business is very traditional, it is a very complicated public made up of companies that do not want be digitized. We tried, but it didn't work," laments Alonso. For months they negotiated with municipalities, such as Torremolinos, El Campello or Alicante, but the idea did not work out.

Their proposal arises from already consolidated shared mobility businesses -BlaBlaCar, SocialCar and the like- with the idea of ​​creating a new business, which they call beachsaring; now, on the other hand, they have modified it, adapting to what they have already experienced. His proposal has pivoted and is now directed at hotel complexes and campsites, where users also tend to come loaded with beach junk. When the client makes the reservation, he is notified that the service exists.

For now, they have installed their slow points, as they call their lockers, in five establishments, all in Catalonia: two in two campsites in Mont-roig del Camp, another on La Pineda beach (Vilaseca), a room in a hotel Cambrils and the last in Calonge. They hope that the one they have half-worded in the Canary Islands will be confirmed.

Of numbers they still do not dare to speak. Gonzalo Alonso explains that they went ahead manufacturing before placing the product on the market and now they are trying to sell it by converting the lockers into spaces where you can also rent a racket to play paddle tennis, for example.

Thus, your client will also be the gym or sports center on duty. A "very high" first investment, because they intended to design custom-made lockers, "we wanted to do something that would hold up on the beach." They work like a franchise, they sell the box office and keep a percentage through the app.

"The truth is that we made a Ferrari.", laments the entrepreneur. "We took as a reference some chairs that were only made in Australia and we must have had good taste, because then the chair was brought out by Zara Home and the umbrella was just launched by the Oysho brand this summer, everyone tells us that they are very beautiful", Explain.

The name of the startup also seeks to relate to the Slow movement, a cultural current that seeks a calmer life, without rushing or shocking.

"We want to relate to slow tourism, a term that is being used more and more and target all audiences," explains the entrepreneur. And with that objective, to facilitate going to the beach as lightly loaded as possible, they hope to make profitable an incipient business that gives a new twist to sun and beach tourism.