Inspiration and love marked the path of King Pelé, who passed away peacefully today. 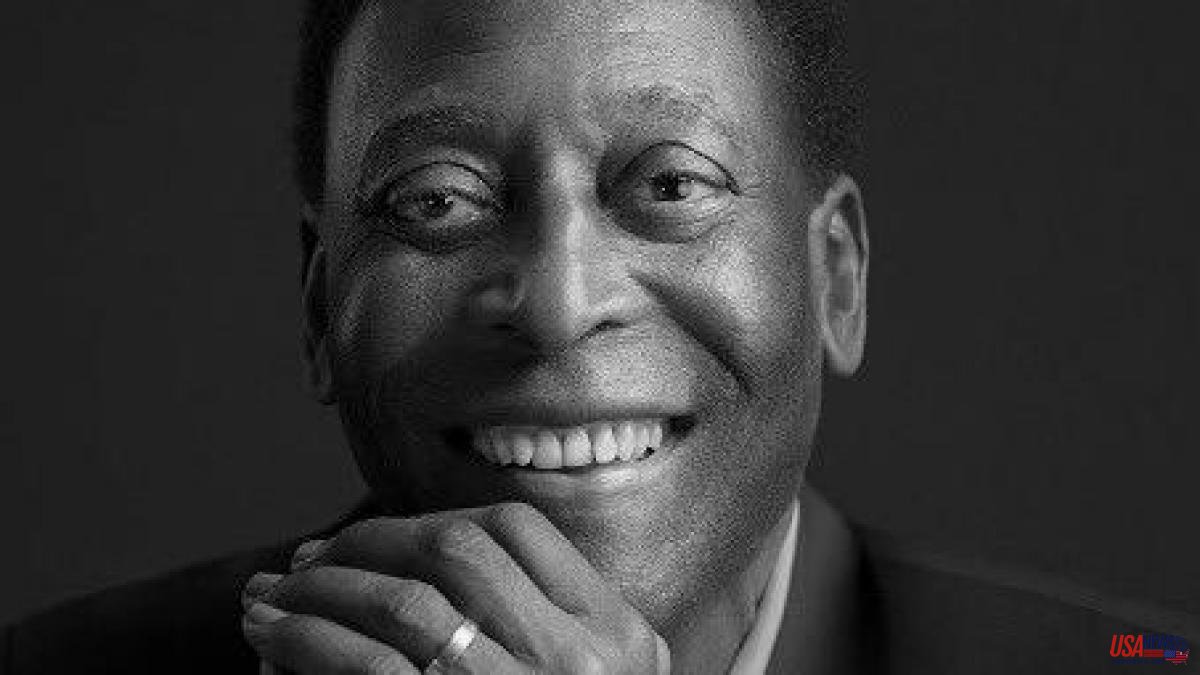 Inspiration and love marked the path of King Pelé, who passed away peacefully today.

With this message, the social networks of the historic Brazilian former soccer player Edson Arantes do Nascimento, Pelé, announced his death at the age of 82.

Since last November 29, Pelé has been admitted to the Albert Einstein Hospital in Sao Paulo, after failing the treatment he was undergoing for colon cancer. His family has accompanied him throughout this time. Among them his eldest daughter, Kely Nascimento. "Everything we are is thanks to you, we love you infinitely. Rest in peace," his eldest daughter posted on Instagram.

The reactions to his death did not wait. One of the most heartfelt was that of the Brazilian star Neymar who said goodbye referring to the social legacy that Pelé left in Brazil.

"Before Pelé, '10' was just a number. I read that sentence somewhere, at some point in my life. But that sentence, precious, is incomplete. I would say that before Pelé, football was just a sport Pelé changed everything. He turned soccer into art, into entertainment. He gave a voice to the poor, to the blacks and especially gave visibility to Brazil. Soccer and Brazil have elevated their status thanks to the King He is gone, but his magic will remain Pelé is eternal", sentenced Neymar.

In Argentina, Brazil's eternal rival, former Argentine soccer player and coach César Luis Menotti remembered the Brazilian as "the greatest" player on the pitch and also as a great teammate."

"Pelé was the greatest of all. For me, he is incomparable. It is very difficult for another Pelé to appear," said the former coach in statements to the Todo Noticias channel, in Buenos Aires.

Menotti, coach of the 1978 world champion Argentina soccer team, said that Pelé, who died Thursday at the age of 82, not only had soccer skills but also a "privileged physique", was "quick and agile" and "jumped like no one".

The Brazilian Football Confederation paid homage to its idol with an "Eternal Pelé" while on the other side of the pond, in the old continent, the news began to reach the homes of soccer stars.

"My deepest condolences to all of Brazil, and in particular to the family of Mr. Edson Arantes do Nascimento. A simple “goodbye” to the eternal King Pelé will never be enough to express the pain currently felt by the entire world of football. An inspiration for so many millions, a reference from yesterday, today, forever. The affection that he always showed me was reciprocated in every moment we shared, even in the distance. He will never be forgotten and his memory will live forever in each of the lovers of football. Rest in peace, King Pelé", Cristiano Ronaldo published from Portugal.

In France Kylian Mbappé was one of the first to lament the loss of the Brazilian myth. "The King of football has left us. His legacy will never be forgotten," the French PSG footballer published along with a photo of both.

"Very sad day for football. A legend of this sport is leaving us. Admired and loved. DEP Pelé", pointed out the former goalkeeper for Real Madrid and the Spanish team Iker Casillas. "Talking about a legend or a historical figure falls short. 'O Rei' has simply left us. Football will always remember you," added Sergio Ramos while Gabriel Batistuta thanked him "for everything you gave to the world of football"

"Talking about a legend or a historical figure falls short. 'O Rei' has simply left us. Football will always remember you," added Sergio Ramos while Gabriel Batistuta thanked him "for everything you gave to the world of football"

In Spain, LaLiga has decreed a minute of silence for the remaining matches of matchday 15 of the domestic championship. While the clubs also said goodbye to the Brazilian star. "Barça deeply regrets the death of "Rei" Pelé, one of the best players of all time. With him, football became bigger. Rest in peace", highlights the Blaugrana club.

"Real Madrid C.F., its president and its Board of Directors deeply regret the death of world soccer legend Edson Arantes do Nascimento, Pelé, one of the greatest players of all time," the white club stated.

For its part, the club of his life, the Brazilian Santos, shared what his new shield will be like with a tribute to his legend: a crown on top. "The crown will already be on the 2023 shirt. Santos will play in 2023 with the crown on the badge: the two stars (of their two Brazilian titles) and a crown on the top of the badge," confirmed the president of the Deliberative Council from the São Paulo team, Celso Jatene.