The spell of Ferran Jutglà

"We are delighted that he triumphs. 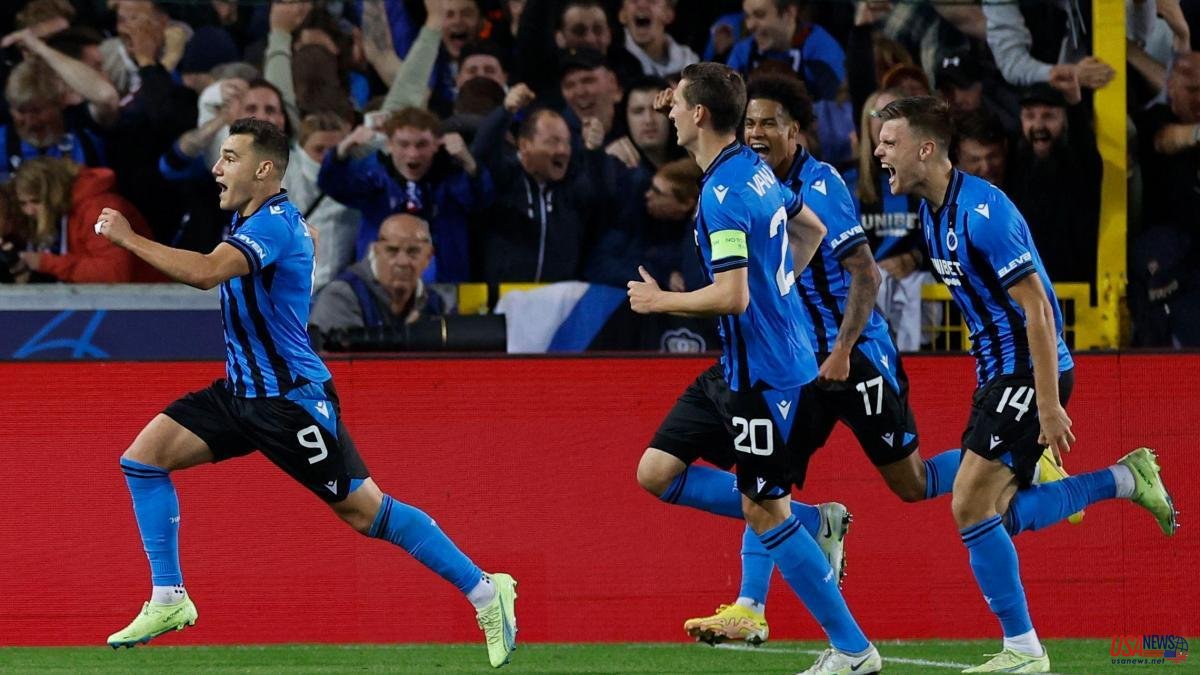 "We are delighted that he triumphs. He is a 10 as a person," they point out from the Camp Nou. At Barça they closely follow the progression of Ferran Jutglà at Bruges, a team with which he has scored eight goals. The last against Atlético de Madrid in the Champions League.

When he scores with the Belgian team Jutglà he keeps joining his hands to form a triangle. He represents his house. His family, his friends and his dog. With Barça he repeated that gesture 21 times in an official match. 19 for the goals he scored with Barça B and that made him the top scorer in the 1st RFEF and twice more with the first team. "Football takes many turns and of course I leave the door open to return in the future to wear a shirt as important as Barça's in two or three seasons," added the attacker when he announced his departure from Barça. The club had already informed him that they did not have him for the first team, and Jutglà decided to look for another adventure.

So he scored his last goal with the subsidiary against Castellón and Barça sold him to Bruges for 5 million euros plus 10 percent of a future transfer. "Ferranet", as they call him in his native Sant Julià de Vilatorta, studied English during the summer and prepared himself physically and mentally. He was going to Belgium alone and did not want to take out the old ghosts of the past that prevented him from adapting to Valencia when he was a youth. There he had a bad time and after four months he returned.

Now that he is 23 years old, his adaptation has been rapid. Enough to gain a foothold in the squad and also in the hearts of Belgian fans who have been bewitched by his goalscoring instinct and his perseverance. In total he has six goals and three assists this season in the league. It happens that his focus expands beyond domestic competition. Jutglà is also enough to score in the Champions League. He already has two goals and two assists in the top continental competition.

The slanted-eyed striker made his debut scoring and assisting against Porto. Against Atlético de Madrid he took another step in his progression with another goal and another assist. He was chosen MVP of the match and sang a we are Brugges, super Brugges, we are wonderful together with goalkeeper Simon Mignolet that excited the public. The Belgian press even compares him to Romelu Lukaku in his beginnings and asks him to explain, being different, what virtue can make them similar. “What do you compare me to Lukaku? If he makes two like me ", replies Jutglà.

The story of Ferran Jutglà is explained through his perseverance. After training at Vic Riuprimer, Espanyol set their sights on him and incorporated him into Infantil A perico. His trajectory was not exactly pleasant. Espanyol separated him after his time as a cadet, also Damm. But Ferran did not give up his dream of being a professional and the rings did not fall for him to start again at Vic in the first year of youth.

His parents, who had a family business – two pastry shops that did not work well due to the economic crisis – were always an example for the footballer who, rebellious in character, from a young age, learned to solve problems with effort and work. Bellvitge Unification caught him in his second year as a youth. He went with a coach by car to Bellvitge but halfway through the season that coach left to practice abroad. And so every day he took a train to go and come back. It was three hours of travel a day. But he did it with all the pleasure in the world.

The following year Ferran signed for Sant Andreu. Precisely in the 'quatribarrat' team, in the Youth Honor Division, he had David Prats, Toni Lobo and Sergio García as coaches, now in Xavi's coaching staff. They bet on him. They even made him debut in the first team.

After his bad experience at Valencia, Espanyol signed him for 3 years to loan him back to Sant Andreu, who was coaching Mikel Azparren at the time. The coach was already clear about his potential and Jutglà was the undisputed starter in one of the best Sant Andreu in memory. He scored in the Metropolitano and made enough merits so that, now, Espanyol had him.

Jutglà scored seven goals in his first year with the subsidiary and five in the second, in which his teammates elected him captain. One of those goals was scored at the Johan Cruyff. Inexplicably, Espanyol decided not to renew him as he did not see a future for him in the first team. And Barça appeared. The player was happy in his year as a Barça player and is especially grateful for the opportunity that Xavi gave him, which made him debut against Elche. He now wants to continue knocking down doors in Belgium and perhaps convince Luis Enrique to call him up for the World Cup in Qatar. "I'm focused on the day to day, I don't want to get lost" answered Jutglà.