The Dutch Justice has ordered the release of the 45-year-old Spaniard who was driving the truck that ran over a neighborhood barbecue in a town near Rotterdam and allows him to leave the Netherlands pending trial. 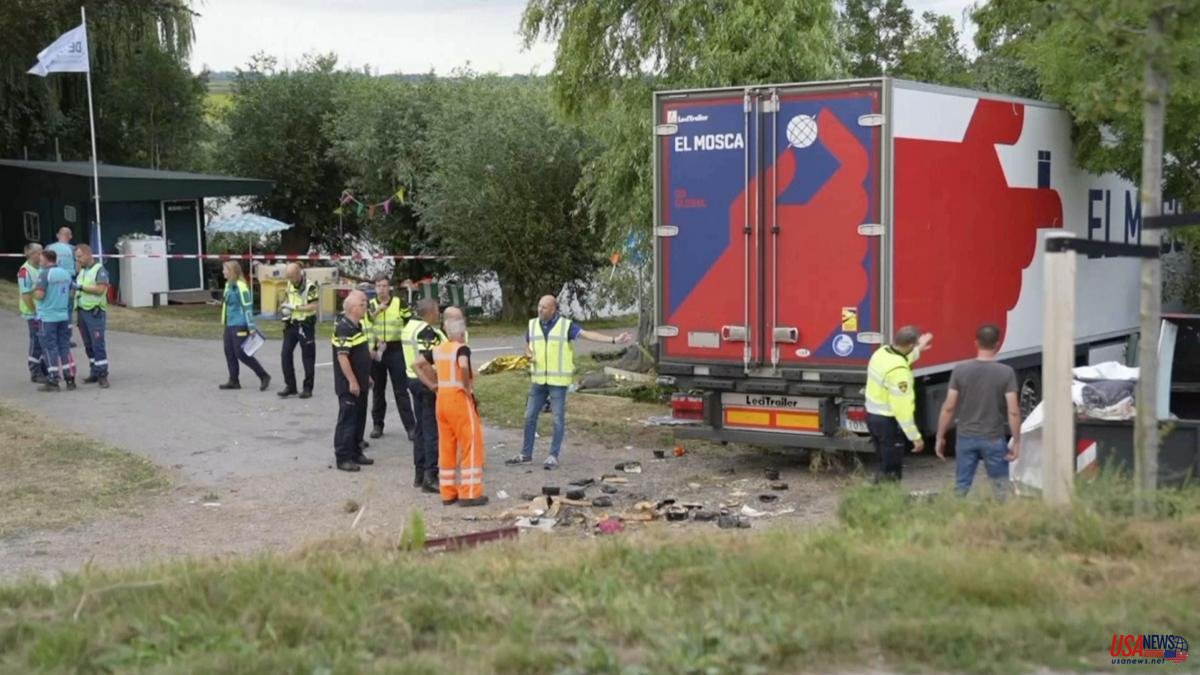 The Dutch Justice has ordered the release of the 45-year-old Spaniard who was driving the truck that ran over a neighborhood barbecue in a town near Rotterdam and allows him to leave the Netherlands pending trial. However, he keeps his driver's license withheld in the country until the investigations are concluded.

As explained by a spokesman for the Rotterdam court, the Spanish truck driver has already been released, but he remains a suspect in the ongoing investigation into the circumstances of the accident that claimed the lives of six people at the end of August, including a pregnant eight months, and left seven injured.

The 46-year-old man, a native of Murcia, can leave the Netherlands if he so decides, but he is prohibited from driving during the investigation and the Dutch Justice withholds his license for the time being. "There are no more conditions attached to his release, but his license stays in the Netherlands, he cannot drive for now," the Dutch spokesman said.

However, the Dutch Prosecutor's Office today appealed this decision of the Rotterdam district court, since the investigation into the causes of the accident has not been completed and is not expected to be completed in the near future, since there is still a lack of medical data that Spain must send to determine if a medical condition of the driver or the use of any medication could have influenced what happened.

The Dutch authorities are also carrying out a technical investigation into the truck, for which the Prosecutor's Office wants to extend the preventive detention for a further time for what it considers a risk that the Spanish trucker will be involved in another accident, but the court of Rotterdam has seen no reason to keep him in detention.

"The judge does not believe that there is a need to keep him in custody," said the spokesman.

There will be a trial in the future, when the investigation is over, and if the Court supports the appeal of the Dutch Prosecutor's Office, the Spanish trucker will be asked to return to Rotterdam, and if the request is not granted, all the necessary protocols will be activated to its delivery by Spain to the Netherlands underlines Dutch justice.

The suspect suffers from epilepsy and takes medication for this condition, which he also ingested as usual shortly before the accident occurred, around 6:00 p.m.

The truck, which had the sign of the Spanish company 'El Mosca' printed on it, ran over a neighborhood event near Nieuw-Beijerland, a town in the province of South Holland and very close to Rotterdam, on August 27. The driver of the vehicle was uninjured and tested negative for alcohol and drugs, but was arrested on suspicion of causing a fatal accident.