Real Madrid and Barcelona, ​​along with other Spanish teams, the Federation and LaLiga, have expressed their regret over the riots that have caused the death of at least 125 people at the end of a football match on the Indonesian island of Java. 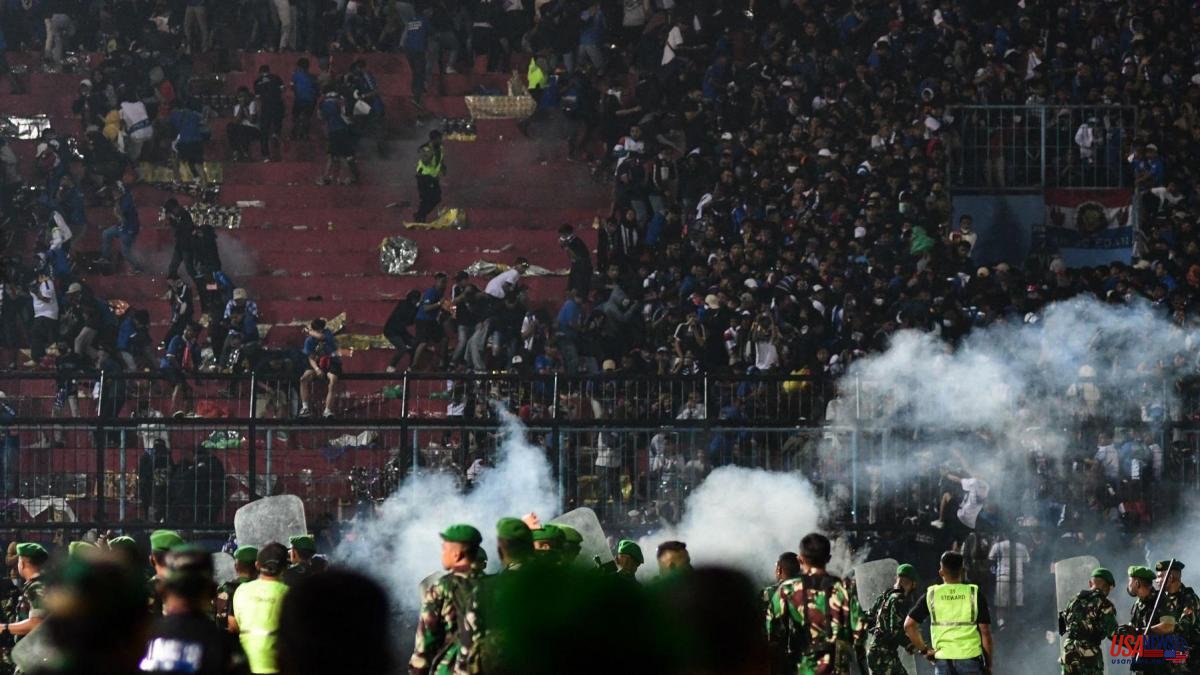 Real Madrid and Barcelona, ​​along with other Spanish teams, the Federation and LaLiga, have expressed their regret over the riots that have caused the death of at least 125 people at the end of a football match on the Indonesian island of Java.

"More than a hundred people have lost their lives. Our condolences to all their loved ones," said the president of Real Madrid, Florentino Pérez, in his initial speech at the General Assembly that the club is holding this Sunday, before saving a minute of silence for the members and followers who died in the last year.

Real Madrid's condolences are added to those of other Spanish LaLiga clubs, which have agreed with the Federation (RFEF) that a minute of silence be observed in the matches this day as a sign of respect and solidarity with the victims of this tragedy .

"FC Barcelona joins in the pain of the tragedy at the Kanjuruhan stadium in Indonesia and rejects any act of violence inside and outside the stadiums. A heartfelt memory for the victims and their families", affirms the Catalan club.

Atlético de Madrid also expressed their regret: "We regret the enormous tragedy that occurred in the Indonesian league. We send our deepest condolences to the families and friends of the victims.

Valencia, after lamenting the disturbances, sent "a lot of encouragement to the families and relatives of the victims and injured in this great tragedy. We will observe a minute of silence before the

Sevilla stated that their thoughts "are with all those affected by the tragedy in Malang, Indonesia", and alleges: "Nobody should go to a football match and not return home".

The Spanish Football Federation expressed its regret over the tragedy and condemned "any act of violence, even more so in a festive setting such as a football match should always be."

LaLiga and the Spanish Federation agreed to observe a minute's silence during LaLiga Santander and LaLiga SmartBank matches "to show their condolences to the Indonesian people, especially the relatives of those who died in the Kanjuruhan Stadium tragedy, on the island of Java, as well as wishing a speedy recovery to those injured during the incidents."

"As a sign of respect, a minute of silence will be observed in all the matches that remain to be played on matchday 7 of LaLiga Santander and matchday 8 of LaLiga SmartBank. Professional football thus joins in the expressions of condolence and expresses its solidarity with relatives of the victims," ​​the statement said.

The death toll in the riots that occurred during the football match in Java has risen to 125, official sources reported on Sunday. The tragedy occurred in a fierce confrontation between fans and the Police, who used tear gas after the game played on Saturday night at the Kanjuruhan stadium in the city of Malang. The outbreak of violence occurred when some 3,000 fans of the Arema team stormed the field after the 2-3 defeat suffered by Persebaya Surabaya.