All the noise generated by the express nationalization of Lorenzo Brown to be able to play the Eurobasket with Spain has been silenced. 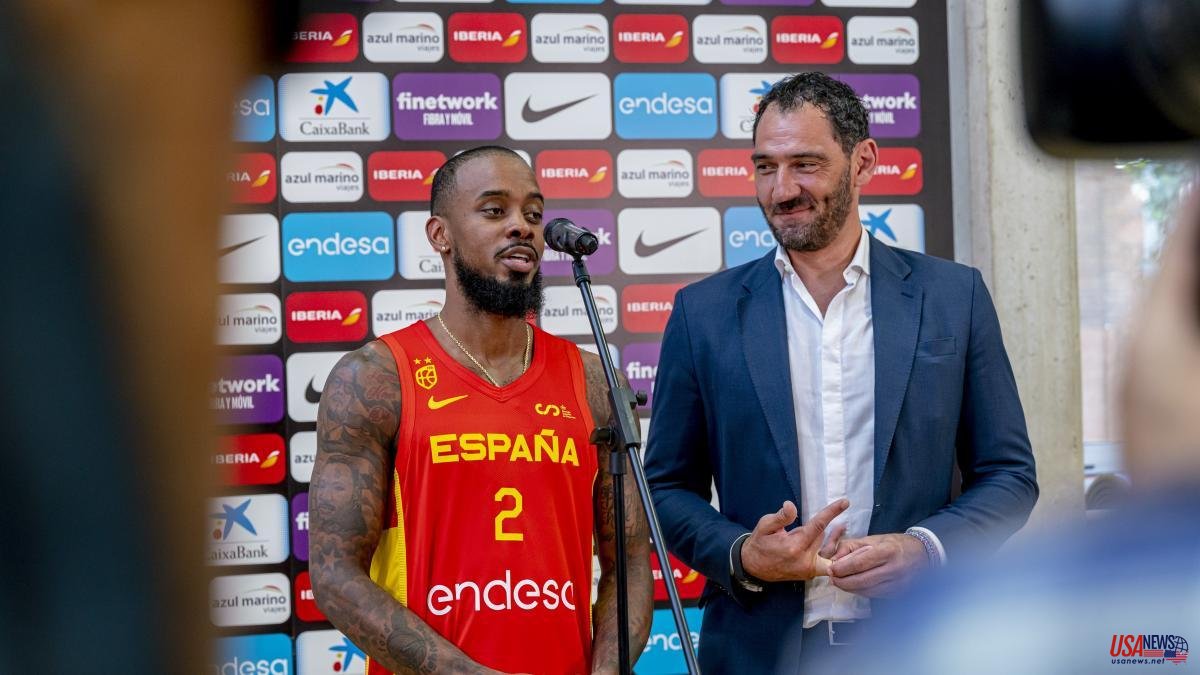 All the noise generated by the express nationalization of Lorenzo Brown to be able to play the Eurobasket with Spain has been silenced. Scariolo has begun to prepare this Tuesday in Madrid for the September appointment and his players, some very critical at the time, have closed ranks and have welcomed Lorenzo Brown.

The Spanish captain, Sergio Llull, who has fled from the controversies, has started. "It is not up to us, the players, to rate these things. Lorenzo is one more teammate who has arrived with great enthusiasm and we must help him to adapt quickly, so that he helps us as much as possible," agreed the Menorcan.

One of the fiercest opponents of Brown's express passport was Rudy Fernández, who even posted messages on networks that were very upset with the situation. An anger that seems to have calmed down, as was evident this Tuesday in the presentation of the selection.

"Brown is a player who comes to help the national team, we must make that clear and I prefer players who are linked to this national team, even though we are 22, to others who may put aside Sergio's call to come this summer. ", pointed out the forward of Real Madrid, who faces his seventh Eurobasket.

"In the end there are many players who have played the windows and now they cannot be here, but speaking with the Federation, I am delighted that Brown is here. I am very demanding when it comes to giving everything on the court and in that sense Lorenzo (Brown ) is going to give a very big plus when it comes to competing with the best", added Rudy, with a tone that has little to do with the one he used a few weeks ago.

The coach also gave his opinion on the matter and in order not to break the dynamic, he tempered bagpipes. "There have been players who have played having been born in other places. The place of birth, or the color of the skin has never been an identifying value of this team. There is no complication, the important thing is that the player is united and cohesive with the rest," said Sergio Scariolo.

Lorenzo Brown himself (August 26, 1990, Roswell, Georgia) did not shy away from the microphones on the day he made his debut as a Spanish player. "I am happy to be here," said the player in Spanish, who later, in English, commented: "Both the federation and the players have received me very well. I am impressed with the attention I am receiving."