The Spanish players, about to seal an agreement to improve their conditions

An unexpected piece of news has shaken the concentration of the Spanish team this Monday afternoon. 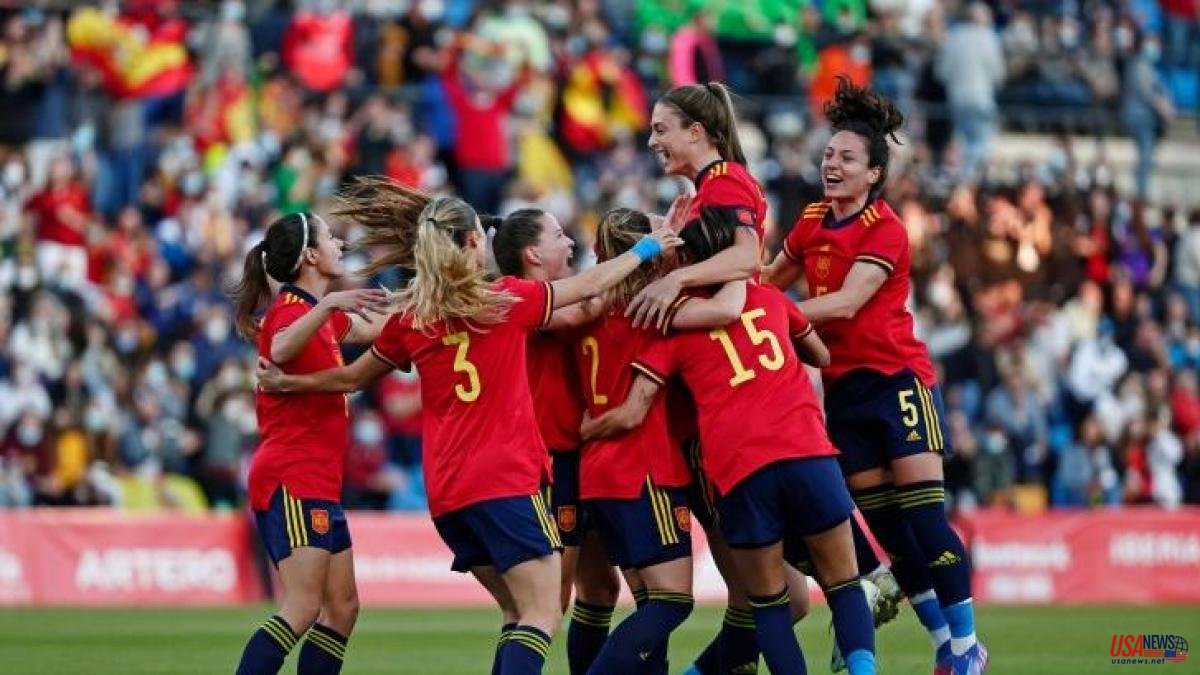 An unexpected piece of news has shaken the concentration of the Spanish team this Monday afternoon. As Relevo has advanced and La Vanguardia has been able to confirm, the international players have stood up to the Federation demanding improvements in their conditions before this summer's European Championship. After intense and silent negotiations, it seems that a new agreement is about to come to light and tomorrow the president of the Federation, Luis Rubiales, will meet with the captains of Spain, Alexia Putellas, Jenni Hermoso and Irene Paredes in Las Roses. An event in which the entire international squad will be present and which will be offered in streaming for all fans.

The bomb explodes on the first day of work for the internationals who gathered yesterday in Las Rozas to begin preparation for the European Championship that starts on July 6 in England. The intention, they say, is to announce the new conditions at the beginning of this concentration in order to be able to focus on the competition from now on.

The players consider that their remuneration does not adjust to the reality of a squad that goes to the European Championship as one of the favorites to win the title and that has the current Ballon d'Or in its ranks and with players who have reached three European finals in four years. Despite the fact that the growth of women's soccer in Spain has been incessant in recent years, the salaries of international soccer players have barely suffered "small adjustments".

To give some examples, the diets of soccer players have hardly increased noticeably since in 2015 they went from 27 euros to 40 per day for each concentration in Spain and from 40 to 60 euros on foreign soil. A change that the internationals themselves brought about after the scandal of the World Cup in Canada that would end up costing Ignacio Quereda his job.

The players now earn about 300 euros per game played and half for the duels they win and the main game, that of image rights was around six thousand euros at the 2019 World Cup in France. Ridiculous amounts for a team that aspires to be a world power. And it is not only an economic issue, they also ask to be able to work in decent conditions, reducing bus trips like the ones they had to do during the Arnold Cup in February.

“It was something that had to end up happening”, acknowledge several voices linked to the players who explain that the agreement has been in the making for a long time. And it is that if Spain wants to equate itself with the best in the world, it must also look at these selections in terms of equality. The United States recently won a legal battle that guarantees equal pay for its soccer players and countries that will compete with Spain in this European Championship, such as Norway, the Netherlands, Finland or England, already pay their male and female soccer players the same.