There is something about revolutions that sweeps away its creators like waves and currents sweep away bathers on a romantic Pacific beach. 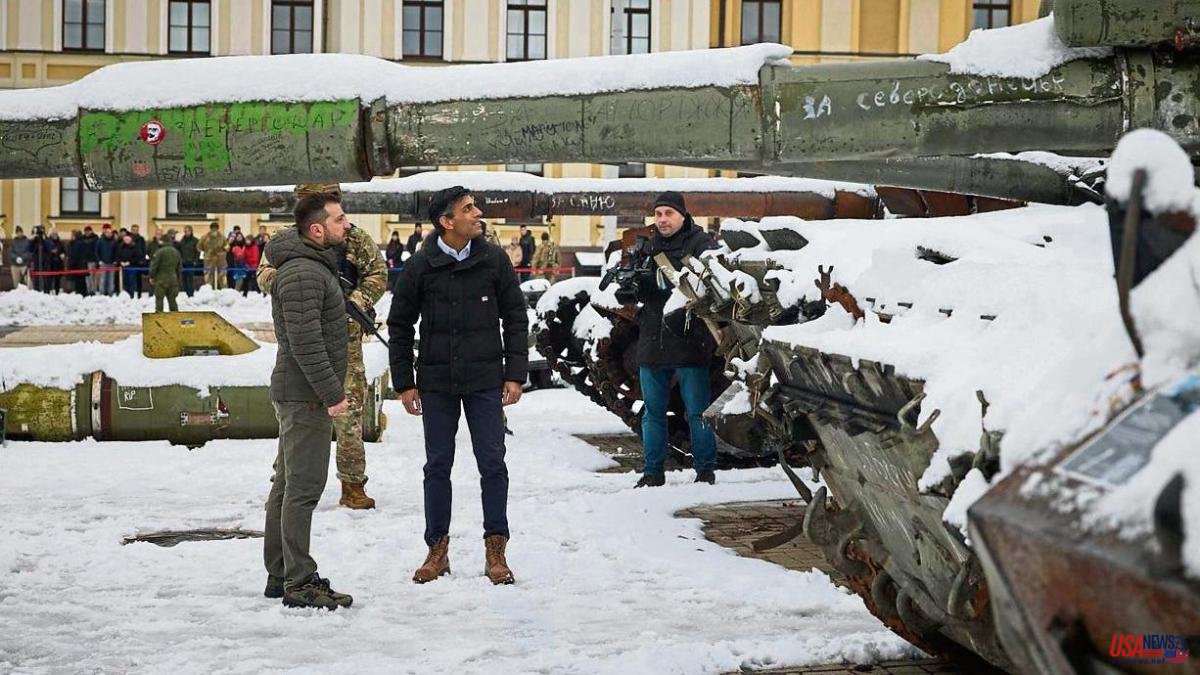 There is something about revolutions that sweeps away its creators like waves and currents sweep away bathers on a romantic Pacific beach. In its treacherous eddies the Brexit engineers have succumbed. The naive Cameron, who called a referendum that it never occurred to him that he would lose; the nondescript Theresa May, whose attempt at equidistance fell to eurosceptic fury; the hypocritical Johnson, who sold a motorcycle he didn't even believe in, and the revolutionary Truss, who committed harakiri.

To try not to suffer the same fate despite having drunk, before all of them, from the poisoned chalice of Brexit -of which he was a staunch supporter from the beginning-, and while economic problems are emerging as an inaccessible summit, Rishi Sunak has radically changed the tone of British diplomacy. Gone are the aggressiveness of his predecessors, the threats to Brussels, the hostility to France, the distance with Washington, the supine ignorance with Dublin and the war with Beijing. He is not a bass or baritone, but a tenor.

If diplomacy is the art of saying nothing when speaking, or saying the ugliest things in the finest language, Sunak wants to be a better student than May, Johnson and Truss, who got nowhere. Macron has not been intimidated, Brussels has not given ground because he knows that the balance of forces is in his favor, Dublin has not entered into dialectical disputes, and Washington has treated London like an elephant to a flea. The new British prime minister, overwhelmed on so many fronts, may not be Metternich, Bismarck, Kissinger or Thomas Jefferson, but he wants to defuse tensions and give conciliation a chance.

In a month, the language of London has completely changed. Liz Truss went so far as to say that it was too early to describe Macron as a friend or an enemy, but Sunak sees him as a banker of his own age and stature, on the right (although a little less than him), pragmatic and with whom he can redirect the blurred entente cordiale. They have embraced at the COP27 summits in Egypt and the G-20 in Bali and have expanded cooperation to combat the trafficking of illegal immigrants (more than 40,000 this year) through the English Channel. “Lately we have been held hostage by domestic politics because of Brexit, but our interests run parallel, the ideologies are similar and it is time to redirect the relationship,” says a Downing Street source.

In the midst of an economic storm, Sunak is also studying greater pragmatism towards the EU. And while he has not given up the threat to unilaterally renege on commitments on Northern Ireland, behind the scenes he has suggested a change of dynamics and renegotiation of deals to remove trade barriers entirely. He even talks about a Swiss-like formula, although freedom of movement for workers and accepting the jurisdiction of European courts are taboos for Eurosceptics, a bloc strong enough to bring down the government.

Brexit is a very narrow gorge for Sunak. Like most economists, he knows it hasn't worked. Only 27% of voters still believe that it was a good idea (compared to 63% who think otherwise). He would like to redirect and soften it, so that British imports and exports to its main market in the midst of recession do not suffer even more, but he runs into the veto of the eurosceptics. Here you will have to be a Machiavelli, or mingle as fine as a diplomat of the height of Charles Maurice de Talleyrand, the one who said that language was given to man to hide his thoughts, and that he did not fear a herd of a hundred lambs led by a lion, but a pride of a hundred lions led by a lamb.

Sunak's conversations with Ursula von der Leyen, the president of the European Commission, have been friendly and positive, according to the Foreign Office, in view of the reformulation of the Northern Ireland protocol, so that Brussels softens trade controls between England and Ulster in a manner acceptable to unionists in the province, who have the autonomous institutions blocked. All this, on the rebound, has diminished the hostility of the Biden Administration towards London, although the signing of a trade agreement remains far on the horizon.

In the end, Sunak did not meet Xi Jinping in Bali, but his desire for "a more frank and constructive relationship with Beijing" is a far cry from Johnson and Truss and is criticized as "appeasement" by hawks in the Conservative Party, who They denounce Beijing's interference in UK politics, technological espionage and the persecution of dissidents on British soil. Where there is continuity is the support for Zelenski, whom he has already visited in Kyiv and promised more help.

Rishi Sunak is a banker, and romance and revolutions are not his thing. And above all, if he can avoid it, he does not want to run the fate of Danton, Robespierre or Tolstoy. In diplomacy, he prefers to bathe in the calm waters of the Caribbean than in the Pacific.