The socialist part of the Government does not see the Executive coalition in danger and takes away iron from the abstention yesterday of United We Can in the Audiovisual law, which, despite having the ERC vote against, went ahead in Congress with the abstention of the PP. 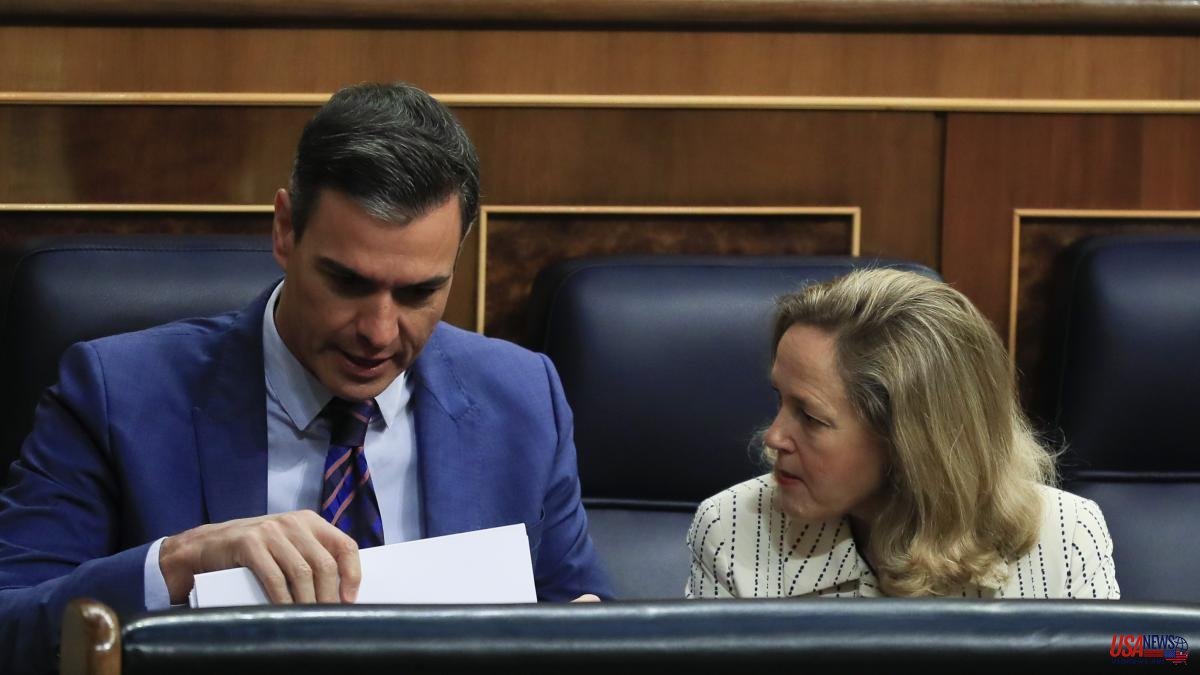 The socialist part of the Government does not see the Executive coalition in danger and takes away iron from the abstention yesterday of United We Can in the Audiovisual law, which, despite having the ERC vote against, went ahead in Congress with the abstention of the PP. For the first time the purple ones did not vote with the PSOE a legislative text in this legislature in which both share the Executive.

The coalition is "not in danger", has sentenced the first vice president and Minister of Economy, Nadia Calviño, who, on the other hand, has admitted that there is a "complex parliamentary geometry" to which one must "get used to". In an interview on Catalunya Ràdio, Calviño justified the PP's position, key to saving the text, in that "it is a good law that affects many groups and many interests" which, in his opinion, meant that "many groups wanted this law would go ahead."

After recalling that "it is not the first time that there are political groups that change their vote at the last minute", the first vice president has acknowledged that she was very surprised that "at the last minute ERC changed the direction of its vote" to the extent that - has argued- "we had already agreed on a text that is very favorable to production in Catalan and that increases aid for dubbing".

However, he has defended the text as "balanced" while ruling out that the Government has yielded to the interests of the large media groups such as Atresmedia and Mediaset with the amendment agreed with the PP and Cs, which allowed their abstention and It irritated the usual partners of the Executive, to include in the definition of independent production companies those that work for a single large group. "Aid for independent production will be multiplied by four," he argued.

Along the same lines, the Minister of Education, Pilar Alegría, has spoken, who has been convinced that the Government is going to finish the legislature. "Of course we are going to exhaust the legislature", the head of Education has sentenced in an interview on TVE, in which she has highlighted that the Government has approved "all the laws" that it has taken to Parliament.