The six horsemen of the apocalypse

This time there are six horsemen about to devastate the Earth. 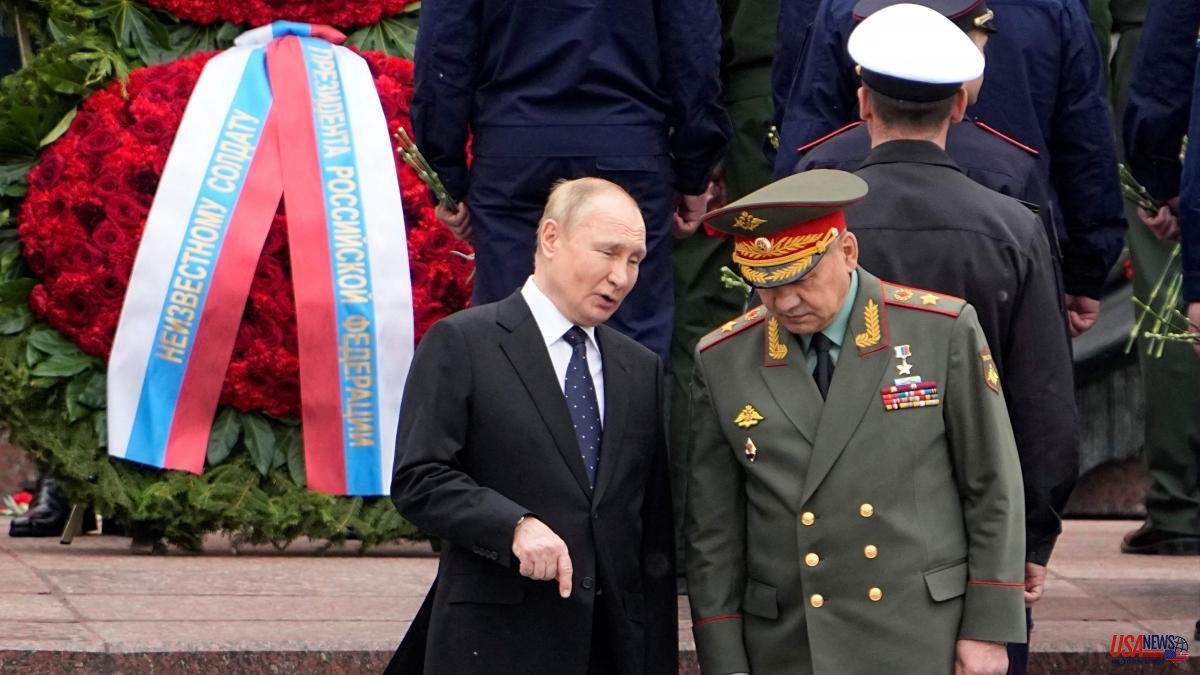 This time there are six horsemen about to devastate the Earth. Three are described in the Book of Ezekiel: war, famine, and disease. To these have been added the climate crisis, inflation and debt. These horsemen of death, desolation and poverty are mutually reinforcing and have endless consequences. Leaders around the world are wondering, how to get out of this?

Although war is inherent to human nature, for 75 years our world had forgotten about it. A war of territorial expansion in Europe, also initiated by the largest country on the planet, was unlikely. In these days of the NATO summit, no one has even dared to outline a forecast of the end. On the one hand, the offender has said that he will end the war when he fulfills his “military objectives”. The military objective in March was to occupy Kyiv and impose a puppet government. Having failed, no one knows what other goal Putin has in mind.

Those who are thinking that Ukraine should surrender and hand over a part of their country are not realistic. Ukraine will resist. The pro-Russian movement in Ukraine, until March the majority in some territories in the east of the country, is diminishing as bombings and massacres continue. Furthermore, the West will not waver in its support because Ukraine's surrender would lead to an aggressive, blustering Russia that is unstoppable in its westward territorial expansion. On the other hand, nobody really knows the limits that Russia can impose on itself in the use of unconventional weapons (including tactical atomic bombs), nor how much its economy can endure without Western spare parts and excluded from the financial system. Nor is it known what effects the new war technologies that are being tested for the first time in Ukraine by both sides will have on the end of the conflict, especially the new applications in Artificial Intelligence.

The war will accelerate the division between two worlds that began 20 years ago. One is made up of the main democracies (the United States, Europe, Japan, etc.), which today account for more than 50% of world GDP. The other, very heterogeneous, is made up of disparate autocracies trying to organize themselves around the emerging power, China. This group represents 25% of GDP, but accounts for more than half of the world's population. The first group shares values ​​that, with all their imperfections, are great achievements of Humanity (human rights, democracy, separation of powers, etc.). The second group's main cement is resentment (and often envy) of the West.

If nobody puts a remedy, the war will bring as a consequence the impact on hundreds of millions of people of a second forgotten but perennial scourge: hunger. Mainly, the Russian blockade of the port of Odessa, but also the contamination of the fields in the Ukraine, the Western sanctions on Russia and the poor harvests in China (rains) and India (drought) are going to mean a shortage for at least five years in the supply of cereals and other staple foods in many vulnerable countries. Among them, many African countries stand out, both Mediterranean (Egypt and Tunisia, the most) and sub-Saharan. This horseman brings with him selfishness (more than 26 countries have already prohibited the export of cereals) and migratory impulses. The hungry will try to emigrate en masse to Europe.

The third horseman is the disease, the covid virus, which, with its variants, is still there, attacking again the poorest of the poor, the inhabitants of the unvaccinated third world countries. In Europe or the USA, more than 60% of the population has been vaccinated, in Africa only 16%. The lack of vaccines also generates resentment towards the West in these countries, although much lack of vaccination is due to local corruption. On the other hand, when it is necessary to contain the disease through strict confinements, the value chains are broken again, even more so, as we have seen in the port of Shanghai. Importers find globalization increasingly unpredictable and unstable and seek to relocate production processes to nearby places (nearshoring) or friends (friendshoring), disinvesting in other countries and thus delving into the reconfiguration of this new world.

The fourth horseman is climate change, which continues unabated. The war turns this into a secondary battle and will make it difficult for the most industrialized countries to meet their emission reduction commitments. Climate change is impacting countries unequally, and those that suffer the most are the hottest, where the poorest part of humanity is concentrated. Again, despair and migrations.

The fifth horseman is inflation, a consequence of all the previous ones. There is supply inflation due to the disruption in value chains and the high prices of food and raw materials, especially gas, which the war has multiplied by eight. But there is also demand inflation caused by the wealth effect of savings during the cessation of activity and state aid during the pandemic. There is also a certain carpe diem feeling in the face of so much calamity, which may end abruptly this fall. In the US there are also some ten million jobs to fill, which has an impact on wages, making the inflationary spiral unstoppable. Inflation, as we know from history, destroys the middle classes, increases populism and encourages revolutions.

And the last of the horsemen comes precisely from the measures that the central banks are beginning to take to cool down their economies and curb inflation, putting an end to the extraordinary monetary impulse that has been propitiated since the financial crisis (in 12 years, to put a example, the FED has multiplied by eight its balance sheet). The rises in interest rates and other monetary measures will expose, generating more poverty, families, companies and the most indebted countries (including ours, if the explicit support of the ECB does not continue). This will paralyze many advanced economies and will generate an avalanche of restructuring and bankruptcies in emerging countries unable to pay their dollarized debts, with capital flight to countries with solid economies with rising interest rates.

A new world is coming and denying the existence of these threats is naive. But its impact can be minimized. How? The horsemen of the apocalypse, led by Putin, seek confrontation, division and selfishness. That feeds them. Against them we must promote unity and solidarity. Solidarity with the most vulnerable. And the union, without fissures, of the moderates, of the left and of the right, of the peripheries and the centers, of the European countries and in general, of the countries that believe in democracy and human rights. The messages from the G-7 and NATO this week go along these lines. They must stay that way until the riders collapse and disappear.