The authors of the song with the motto “we are going to return to 36”, from the event organized by Vox this weekend, have come out against the controversy and have wanted to qualify its meaning, alleging that it is the left that “wants to give us back to 36”. 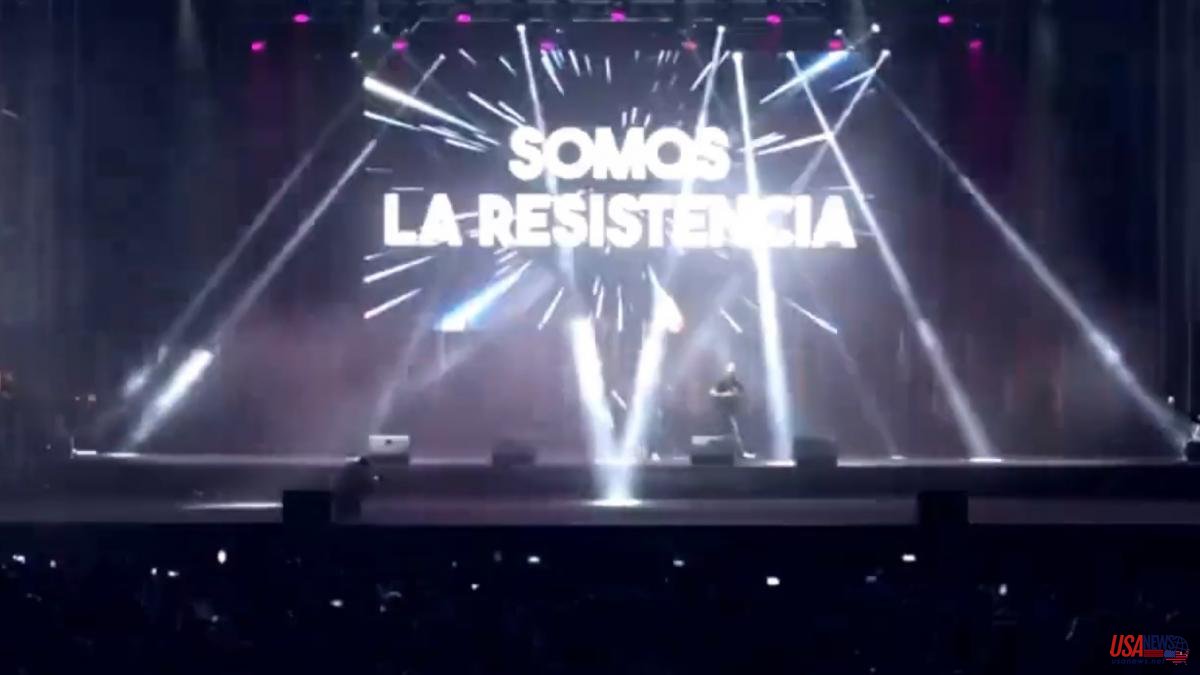 The authors of the song with the motto “we are going to return to 36”, from the event organized by Vox this weekend, have come out against the controversy and have wanted to qualify its meaning, alleging that it is the left that “wants to give us back to 36”. In a performance of the far-right meeting in Madrid, Los Meconios and Infovlogger made proclamations that have been branded as coup plotters and homophobes.

The song had as a refrain the phrase "we are going to return to 36" and linked the current leftist parties with the Popular Front. At the same time, he used expressions in an ironic tone, such as “if you vote for the PP you are a Franco supporter and if you like Bildu, you are a pacifist”. Other phrases were used, among which “if you are gay and want to go see the LGTB pride, you must show the good homosexual card at Cogam” or “feminists protest against a gang rape; there are ten more to investigate, I don't care, they are from Senegal”.

Given the stir that the song has raised and the request that the Association for the Recovery of Historical Memory has made to the Prosecutor's Office to open an investigation, the Los Meconios group has denied the accusations. “They try to make you believe that we are encouraging a return to 36 and we really say the opposite, that it is this Government that wants to take us to 36”, they have assured in a tweet, where they regret the creation of a “hoax”. Infovlogger, also the author of the song, has avoided criticism for homophobia and has argued that he is "more of a fagot than a lame pigeon."

Following the spread of the song on social networks, several Spanish politicians expressed their outrage. Pablo Echenique, from Podemos, referred to the singers as “Take That nazis” and Gabriel Rufián, from Esquerra, baptized them as “OBK facha”. The former deputy general secretary of the PSOE Adriana Lastra described it as “unspeakable”. On the other hand, leaders of Vox, such as Iván Espinosa de los Monteros, or the former spokesperson for the formation in the Congress of Deputies Macarena Olona have shown their support for the artists.

The performance of the two groups, specialized in parody videos, took place at 'Viva 22', an annual event organized by Vox, and which included the participation of far-right leaders from outside Spain. Among them, the former president of the United States Donald Trump, Giorgia Meloni, winner of the last elections in Italy, and Viktor Orbán, prime minister of Hungary. The three addressed the thousands of attendees at Mad Cool in Madrid with different videos. The Prime Minister of Poland, Mateusz Morawiecki, present in the Spanish capital, also gave his support to the leader of Vox, Santiago Abascal