Six years ago he closed the Castell de Peralada Festival in an evening as endearing as it was intense. 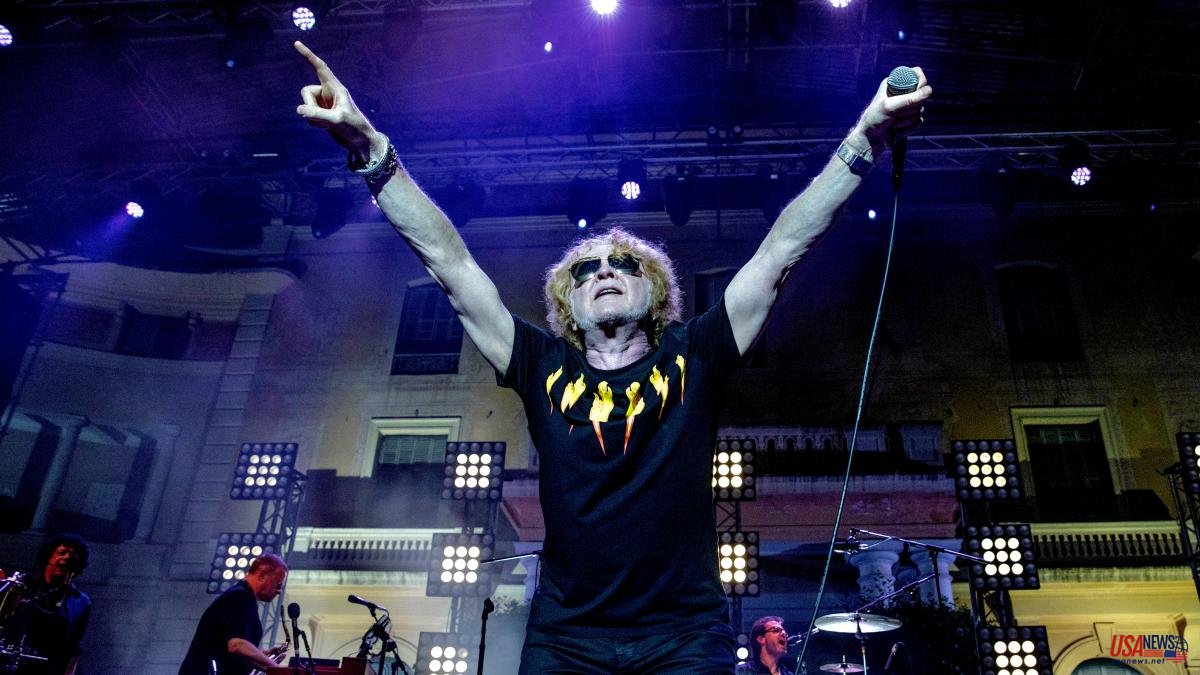 Six years ago he closed the Castell de Peralada Festival in an evening as endearing as it was intense. And tonight Mick Hucknall landed on the Barcelona stage, after the pandemic parenthesis, 22 years of local absence and within the Blue eyed soul tour –title of his latest album, dated 2019–. And starring in an evening that had aroused, according to the organizers, one of the greatest expectations with all tickets sold out weeks ago.

The 3,400 followers who gathered on the second day of the Jardins de Pedralbes Festival traveled back in time, memories and sensations at the hands of Simply Red. The seasoned British band has its biological years but its songs and music continue to sound current , something that only happens when the qualitative bar is raised. And also because it has an equally fundamental attraction in the person of its singer, the aforementioned Mick Hucknall.

One of the most emblematic freckled-redheads on the international scene for several decades, he turned precisely 62 years old this Wednesday, a fact that the remaining six members of Simply Red reminded him of before he made an appearance. That does not mean that Hucknall has been and is an alchemist who knows how to combine soul, pop, funk and rhythm and blues with addictive closeness, and who triggers the complicity of the listener. What happened tonight was no exception. With that look that has made him unmistakable in the illustrated history of recent popular music, Hucknall appeared on stage before a rather veteran audience that filled the space again in a mixed format: more than a thousand unconditional fans standing and the rest in the stands.

Dressed in a black t-shirt, pants along the same chromatic path and dark sunglasses, he broke the fire with Look at you now, a song that was followed by Come to my aid, Ring that bell, She's got it bad and, as the first top of the night, A new flame. At the end of Ring that bell, Hucknall greeted the attendees, interspersed a few words in Spanish and celebrated the return to normality with a “we are alive”.

Supported by a band in which the interconnection and, at the same time, distribution of roles gives it splendid efficiency, Simply Red offered an anthological tour of a repertoire that draws on its own classics such as Holding back the years, It's only love, The right thing, Stars, Fairground or Something got me started. To these pearls we had to add some foreign diamonds in the form of versions like Money's too tight (to mention) or If you don't know me by now A repertoire in which some of the songs from their early days were revived perhaps without the funk touch that with him stood out in his day in the case of a white band.

In the extra-musical section, the same lack of relief was breathed again in the village area, where the offer once again generated queues, while in the alternative scenarios the contagious doo-wap of Barcelona's Velvet Candles was heard, and pop by Joan Masdéu, who presented his new album El dies que vindran.