Whether in the office or for drinks in a bar, the presence of sneakers has gained ground over traditional footwear. 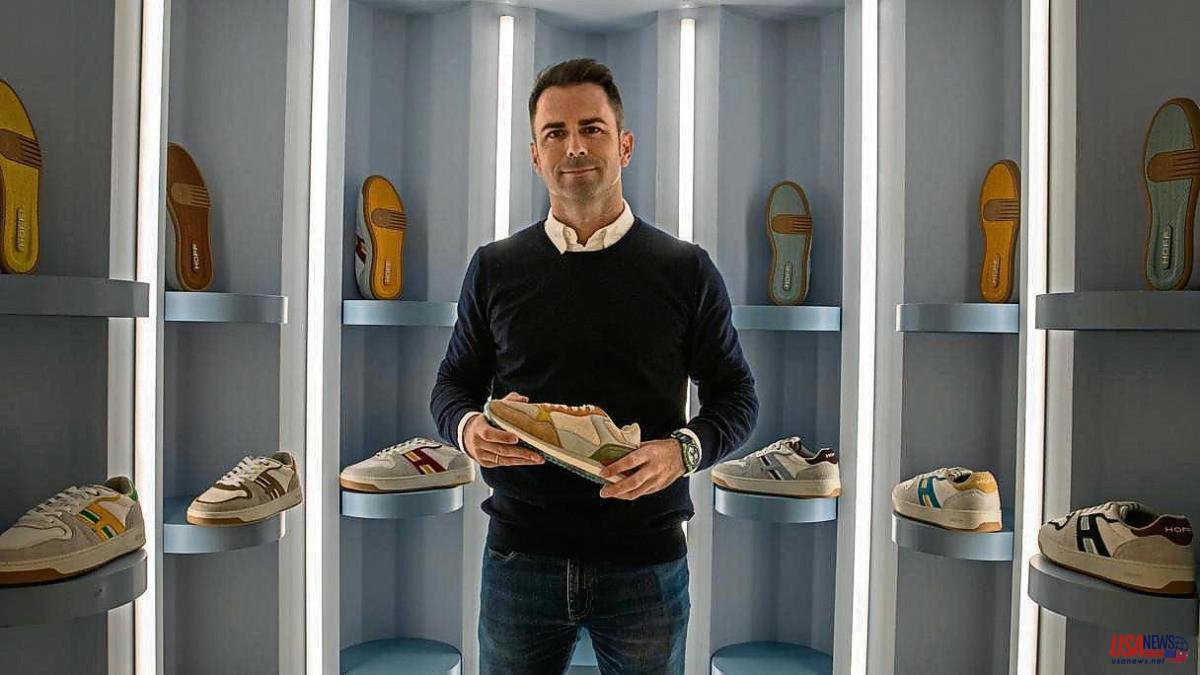 Whether in the office or for drinks in a bar, the presence of sneakers has gained ground over traditional footwear. Comfortable and versatile, sneakers are in fashion. And in the town of Elx, where there is a long tradition in the sector, the Hoff company is one of the brands with the greatest effervescence.

“I launched myself into the year 2016, shortly after the sports boom exploded. I wanted to found a business after working for ten years at Banco Santander”, recalls Fran Marchena, who has lived closely with the footwear industry since he was a child. His father was the owner of D' Pier, a manufacturer that was forced to close its doors due to competition from Asian producers in the early 2000s.

Therefore, Marchena decided to create a local design business but made in China. The businessman had a contact who acted as a bridge between the two countries, Luis Miguel Botella, with whom he created the company in equal parts. “We baptized the brand with the name of Hoff. It is an abbreviation for Hall of Fame with which we intend to reach a consumer who seeks comfort as well as art and elegance, ”says Marchena, who in 2021 acquired 50% of the capital from his partner.

The company began selling online with a focus on the female audience and, shortly after, it was opened to distribution to third-party stores and to the male audience. The coronavirus pandemic did not stop the business, quite the opposite. An important milestone for the brand took place in the fall of 2020, when Hoff opened its first own store in Madrid. Since then, the company has experienced exponential growth in the Spanish market. Currently, it has nine stores distributed in the main cities of Spain, in addition to several distribution points in El Corte Inglés. In Barcelona, ​​it has just landed this October with the opening of two establishments, one on Rambla Catalunya and another in the L'Illa Diagonal shopping centre.

With this expansion plan, the Valencian company plans to close next year with a turnover of 38.7 million euros, compared to the 17 million it obtained in 2021. Looking ahead to next year, it plans to exceed 50 million, with a EBITDA (gross profit) that is between 15% and 20% and a total of 140 people on staff, distributed between the headquarters and the stores.

In the short and medium term, Marchena hopes to maintain the accelerated pace of growth, financing investments with its own and bank resources, without giving entry to external partners despite the interest. In the coming months, the company plans to carry out three more openings in Spain and strengthen the market abroad, where it already sells through distributors to more than 30 countries.

In Europe, the brand plans to open its own stores in countries such as Belgium, Portugal, Italy, France and the United Kingdom, while in Latin America it plans to land through franchises. The company's ambition is global. In fact, it has just opened a distribution center in Los Angeles to supply the US market.

As for the product, Marchena hopes to maintain the attractiveness of the brand. He says that Hoff sets himself apart from the rest because of his wide range of shapes and colors. In addition, the company has just launched a line of bags, accessories and sportswear.