That it had to be assumed that the rise in prices would last a long time was already pointed out by the First Vice President and Minister of Economy, Nadia Calviño, on Monday when she said that it would be necessary to work with a new scenario of higher inflation for a longer time at the international level. 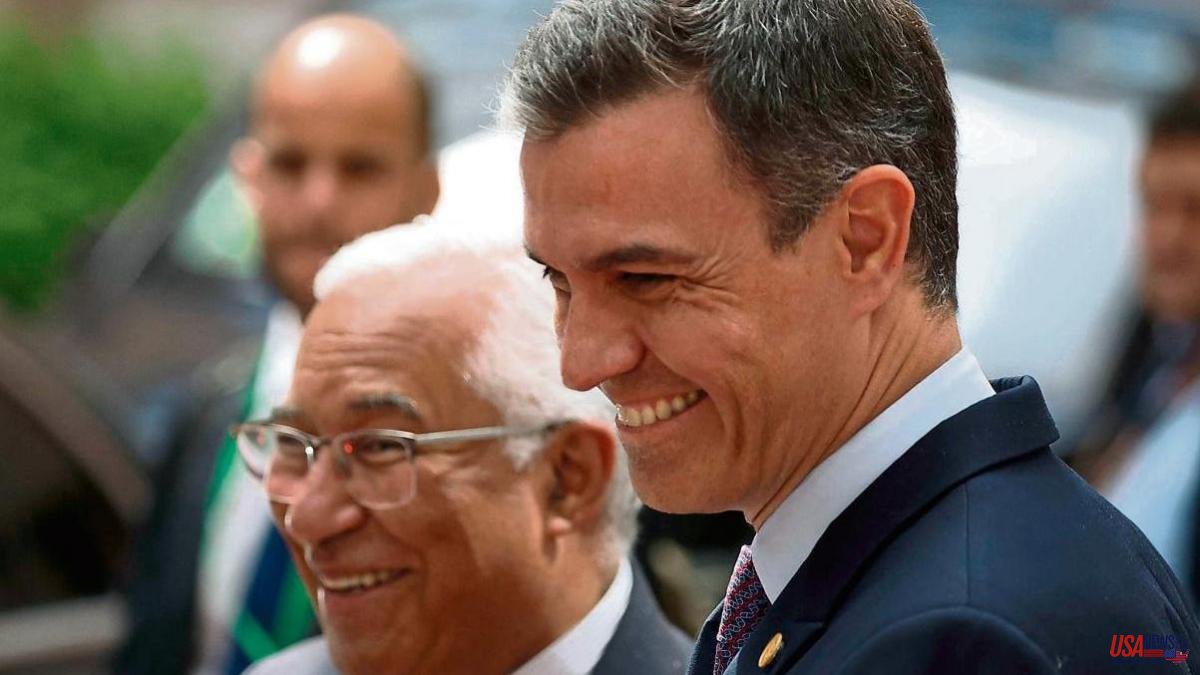 That it had to be assumed that the rise in prices would last a long time was already pointed out by the First Vice President and Minister of Economy, Nadia Calviño, on Monday when she said that it would be necessary to work with a new scenario of higher inflation for a longer time at the international level.

It was a way of preparing the ground for a longer extension of the emergency measures, which was made official yesterday. The President of the Government did it in the way in which, up to now, this shock plan has advanced, by means of announcements by Pedro Sánchez. If on Wednesday he advanced that they would lower the VAT on electricity to 5%, yesterday he announced that the measures will last until the end of the year, instead of the three months that were initially planned.

Sánchez also wanted to send a notice to sailors, emphasizing that those who want to maintain the privileges will not stop them. “We know that inflation is high, but this government knows very well who it governs for, we know very well that there are other sectors that want to maintain the status quo and privileges, but this government is not going to do it, we know for whom we govern and govern to protect families that have become much more vulnerable as a result of the rise in the cost of living”, said the president from Brussels, where he participated in the European summit.

Sánchez did not want to go into details, he simply stressed that today there would be a royal decree law and that he would present it. However, late yesterday there was no evidence that the two parts of the Government had reached agreements on the measures to be taken.

Yesterday, from Podemos they insisted on demanding more ambition from the PSOE. “We are going to fight so that compensation for families is incorporated into the decree,” declared the Secretary of State for Employment, Joaquín Pérez Rey, referring to one of the measures promoted by Podemos, the 300-euro check to the most vulnerable families. . Another of his emblematic proposals is to reduce the cost of the public transport voucher.

On the socialist side, they assume that the gasoline bonus will be maintained in a generalized way, without establishing a condition based on the level of income, as claimed by Podemos. Calviño has insisted a lot this week that, in addition to the most vulnerable, the middle class must also be helped.

Where things are more complicated is in the assessment of electricity companies, although it is ruled out that the decision on this point will come out this Saturday. Taxing the profits of electricity companies is the flag of Podemos, and the principle is accepted by the socialists, but the debate continues on how to carry it out. From the Treasury, they see little efficiency in increasing the rate of corporate tax on energy companies. On the other hand, launching a new tax requires time because it should be developed through a law, a decree does not work, and it must also be adequately shielded given that an avalanche of judicial appeals by the affected companies is foreseeable.

An element that may also include the package of urgent measures is to provide carriers that may pass on a higher cost of refueling to their customers. This would be done by increasing the weight of the fuel price review clause. This is how the Government has negotiated with the National Committee for Road Transport (CNTC), as reported by this entity after the meeting it held yesterday with the Ministry of Transport. During the meeting, the ministry promised to study additional measures to give more support to the sector

On the other hand, yesterday the Government decided to stop the parliamentary processing of two key regulations in the energy sector. These are the National Fund for the Sustainability of the Electric System (Fnsee) and the CO2 reduction law, with which the Government planned to lower the electricity bill. They were to be put to the vote of the Congress of Deputies next week, but the two regulations have been frozen until at least September.

According to Socialists and Podemos, the reason is that the two laws affect the electricity sector and given that today the Council of Ministers approves measures that affect this sector, it is prudent to postpone the processing, to observe the effects of these measures, and prevent contradictory issues.

The Fund for Sustainability plans to transfer the cost of premiums to renewables that are paid in the electricity bill to all energy sectors, including oil and gas. It means lowering the electricity bill by transferring part of the charges to companies in these sectors, gas and oil. On the other hand, the second law whose processing has been suspended provides for reducing the income of companies. The two regulations had provoked strong opposition from the companies concerned.