Itamar Ben Gvir, recently appointed as Israel's new Minister of National Security, visited the Esplanade of the Jerusalem Mosques or Temple Mount, the holiest place for Jews and the third holiest place in Islam, early this Tuesday. 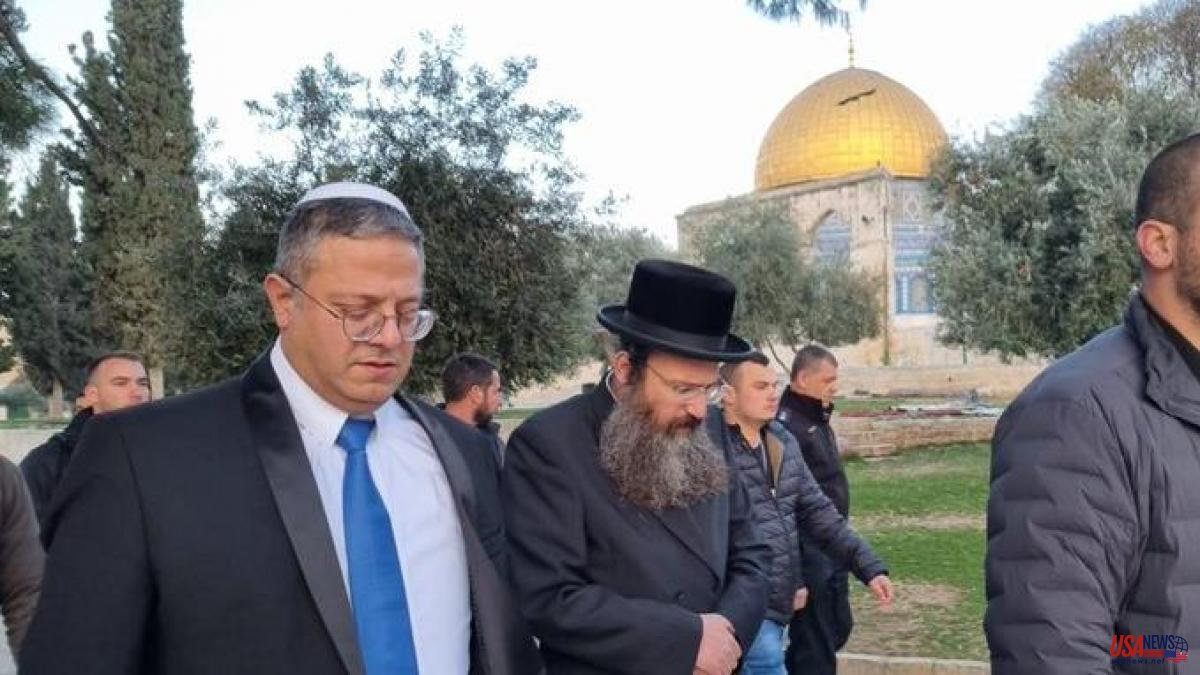 Itamar Ben Gvir, recently appointed as Israel's new Minister of National Security, visited the Esplanade of the Jerusalem Mosques or Temple Mount, the holiest place for Jews and the third holiest place in Islam, early this Tuesday. . In his first days as political leader of the police, the extremist minister did not give up visiting the sensitive holy place, despite threats from the Islamist group Hamas and the request of Prime Minister Beniamin Netanyahu, who advised him to postpone his intentions.

“Our government will not give in to threats from Hamas. The Temple Mount is the most important place for the people of Israel,” Ben Gvir said as he toured the esplanade, the usual epicenter of violent outbursts in the holy city. “We will maintain freedom of movement for Muslims and Christians, but Jews will also go up to the site, and those who threaten will be dealt with with an iron fist,” he warned.

Following Israel's conquest of East Jerusalem in the 1967 Six-Day War – including the holy sites in the Old City – a calculated status quo was established. Fearing the incendiary potential among Jerusalemite Muslims, influential rabbis and the Hebrew security apparatus agreed to cede control over the Mosque Esplanade to the Jordanian waqf. They established that only Muslim prayer is allowed, and Jews can only visit the area on limited days and without reciting prayers.

Since then, the Wailing Wall –the last vestige of the Second Temple in Jerusalem- has become the epicenter of Jewish prayer in the city. However, Ben Gvir and messianic extremists have spent years visiting the esplanade under heavy escort for years, and their claim is to be able to pray on top of the mountain. Netanyahu himself has warned in the past that his plans "could cause a fire throughout the Middle East." The Palestinians see every Jewish move as an attempt to establish full Israeli sovereignty over Islam's third holiest site.

Ben Gvir made the tour after consulting with senior officers of the police and secret services, who "determined that there were no obstacles" to the visit. The media minister of Religious Zionism has incendiary potential: during riots in the Sheikh Yarrah neighborhood in May 2021, he planted his "parliamentary headquarters" among Palestinian homes. Tensions soared, Hamas fired shells into Jerusalem, and war broke out.

For the Palestinian National Authority (PNA), this is an unprecedented provocation. "Netanyahu bears the ultimate responsibility for this attack on the Al Aqsa Mosque," he denounced in a statement. Hamas has already advanced that his arrival on the esplanade would be "a detonator", and anticipated a possible resistance.

The Ha'aretz newspaper reported on Monday that diplomats from several Arab states sent messages to Jerusalem, showing their concern about Ben Gvir's plans, as they believe that he could deteriorate the situation in Jerusalem, the West Bank and the entire region. In a year where Ramadan and Pesaj (Jewish Passover) will coincide again, they considered that "extremist statements and actions by senior officials could have consequences." For Yair Lapid, who made his debut as leader of the Israeli opposition, the actions of the new minister "could cost lives."

Despite his fiery rhetoric, Ben Gvir agreed with Bibi to preserve the status quo of Jerusalem's holy sites. In recent years, the Israeli police have turned a blind eye to Jewish activists, allowing them to pray silently in some areas of the Mosque Esplanade. Despite the fact that civilian control remains in the hands of the waqf, the Jewish riot police are in charge of the security of the holy place.