The serious mistake of denying the face of an immigrant

On June 24, nearly two thousand Africans, most of them Sudanese and Chadians, tried to enter Melilla. 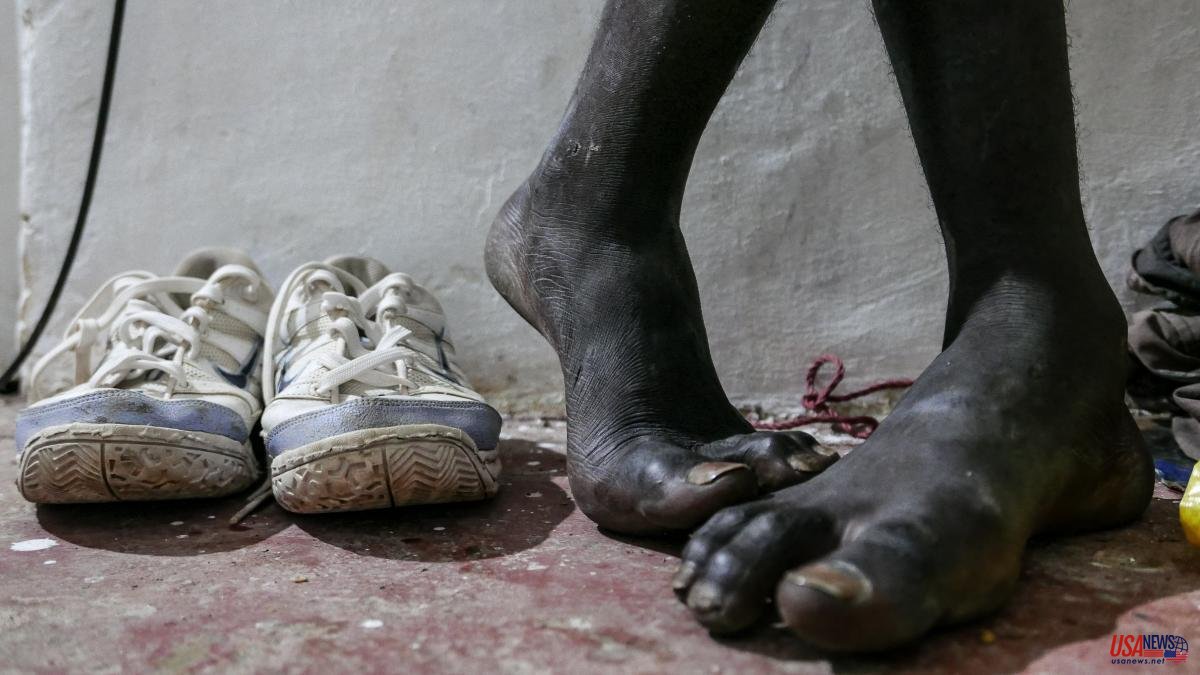 On June 24, nearly two thousand Africans, most of them Sudanese and Chadians, tried to enter Melilla. 37 died. A few days later, near San Antonio (Texas), 53 Mexican and Central American migrants died abandoned inside a trailer.

The two tragedies have a common characteristic: we barely saw the faces of the victims and we knew nothing about their lives and reasons for emigrating. Both also expose the failure of Europe and the United States to manage human mobility, one of the main challenges of the 21st century.

The pandemic has exacerbated inequality and violence in many low-income countries. Both the Africans from Melilla and the Latin Americans from San Antonio fled poverty and armed conflict along very dangerous routes, at the mercy of human traffickers.

More people circulate today on almost all migratory routes than a year ago. The numbers of detainees have skyrocketed in the Balkans, the Mediterranean and the Mexican border.

The death toll has also skyrocketed. At least 5,795 migrants died last year around the world, nearly half of them drowning in the Mediterranean.

We have not seen their faces or known their names.

By hiding the identity of these people, the Western media builds a visual narrative that favors the fear of immigration and, consequently, helps to reinforce anti-immigration policies in both the United States and the European Union.

That is how clearly Lorenzo Gabrielli, a political scientist specializing in migration at Pompeu Fabra University, sees it. Last Thursday, at a CIDOB seminar on migration and security, he explained how the media dramatizes the drama of immigration in such a way as to reactivate racial and colonialist prejudices. The migrant appears bare-chested, perched on a fence, with torn clothing, overcrowded and beaten.

“This visual narrative –says Gabrielli- connects with that of the slaves. The migrant is reduced to a wild being, without resources or his own history”.

It is easier to turn a person without a face or identity into a threat, into a source of insecurity. On the contrary, if we saw his face and knew his name, it would be easier to identify with him. Empathy would prevail over fear and, consequently, it would be more difficult for the nationalists to do politics at their expense.

It has happened with the Ukrainian refugees. “This is not the wave of refugees that we were used to,” said Bulgarian Prime Minister Kiril Petkov, welcoming them. "These are not people with dubious identity and opaque past, people who could even be terrorists," he added, comparing them to migrants trying to reach Central Europe from the Middle East and Central Asia. "Muslim invaders," Hungarian Prime Minister Viktor Orbán calls them.

Criticism of the Muslim religion such as Orbán's stigmatizes a very disadvantaged segment of the world population and, in large part, a victim of colonization and armed conflicts caused by the great powers. Afghanistan, Iraq, Syria and Libya are clear examples. The hot spots that proliferate in the Sahel, too.

Facing the threat of immigration, Hungary has fortified its border and so has Poland. They have not done it out of fear of a Russian military invasion, but of the arrival of immigrants on foot, with their belongings in bags and backpacks.

Late last year, Polish police fired water cannons at dozens of Afghans trying to cross from Belarus. Again, the images hid the faces of the victims, who were presented as a group.

They were not individuals that Russia had manipulated to destabilize Europe. They constituted a threatening horde, the enemy that national populism needs to establish its identity and security policies.

In some way, the African, Asian and Latin American migrant is already dead when he reaches the last obstacle of his long journey. If he perishes at the Melilla fence, the Mediterranean or the Sonoran desert, Western societies accept his end as something normal, a logical consequence in an unjust world.

The Cameroonian philosopher Achille Mbembe considers that the trivialization of this tragedy fuels necropolitics, that is, the use of social and political power to dictate who lives and who dies.

Necropolitics is based on "the obscurantist hysteria" that, according to Mbembe, provokes the official propaganda on migration. Along with the dehumanized images of migrants, the theory of an overpopulated world is exposed. It is said that there are too many people and it is decided who is more expendable.

Population pressure, extractive economies in failed states, geopolitical restructuring, and the climate crisis will continue to drive hundreds of thousands of people from their homes.

Mexican emigration to the United States has shot up 30% in the last year after a decade of decline. That of Cubans is the largest in 40 years. Now they do not arrive in Florida on rafts but on foot, through Mexico. They travel to Nicaragua, which has not asked for a visa since the end of 2021, and there they join the Central American routes. This year, 150,000 Cubans are expected to cross Mexico to seek asylum in the US.

The Biden administration announced a $4 billion anti-immigration program. The money was to be used to combat corruption, drug trafficking and violence in Central American countries. It was thought that this would reduce emigration, but it has not worked, nor has the recent agreement between Spain and Morocco or the one that Italy signed a long time ago with Libya.

Nothing seems to be going to work until the migrant's social value is restored. Mbembe, advisor to French President Emmanuel Macron, speaks of "rehabilitating reason", that is, of humanizing the migrant and making him worthy of the right to emigrate.

At the same time, host countries must do much more to manage migration flows at origin. This does not mean externalizing the repression of migrants, as is happening today, but ordering the admission processes.

The war in Ukraine has once again shown that the European Union has a great capacity to welcome. Since 2011, more than 6.5 million people from Syria, Afghanistan, Venezuela, Eritrea and other countries have applied for asylum. The Russian invasion has also forced the departure of 5.3 million Ukrainians. The problem is that whites have more of a face and more history than blacks.