Sedition ceases to be a crime in the Criminal Code, after the passage of the reform of the Criminal Code by the Senate, the last step in the urgent procedure with which the Government has moved forward, through amendments to a bill that was it referred to a reform of the Penal Code in crimes related to moral integrity, public disorder and the smuggling of dual-use weapons. 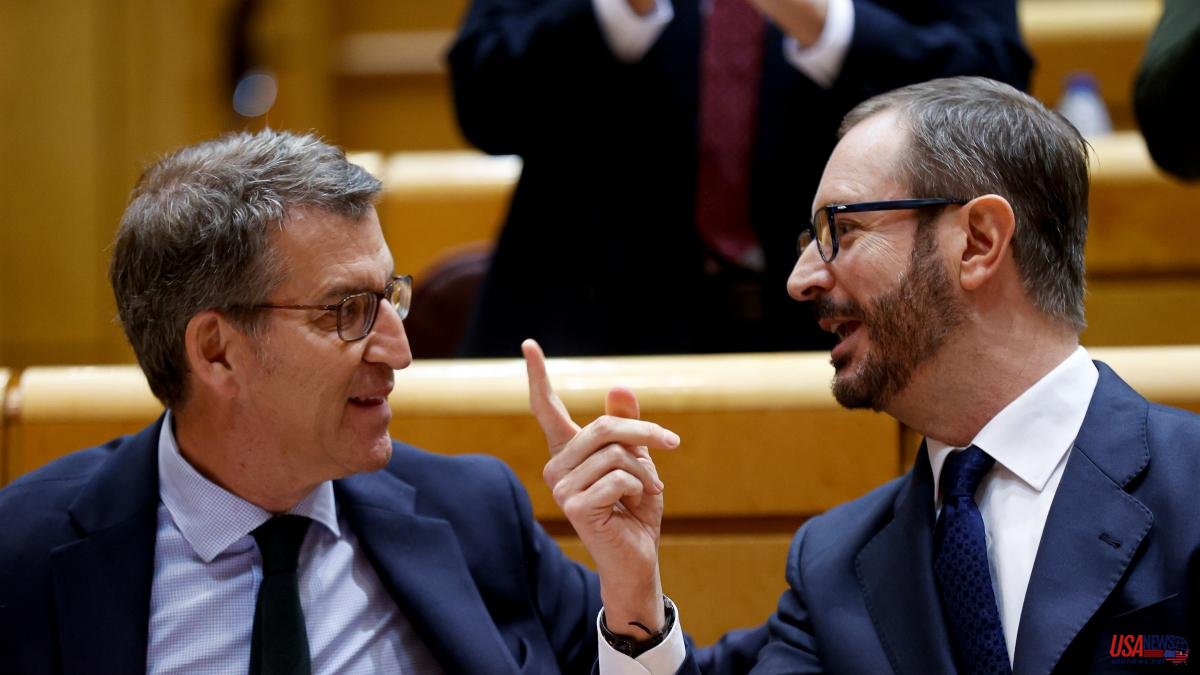 Sedition ceases to be a crime in the Criminal Code, after the passage of the reform of the Criminal Code by the Senate, the last step in the urgent procedure with which the Government has moved forward, through amendments to a bill that was it referred to a reform of the Penal Code in crimes related to moral integrity, public disorder and the smuggling of dual-use weapons. With the approval of the reform, the penalties for embezzlement are also lowered when there is no personal gain.

Of the initial crimes contained in the European transposition, nobody said anything, and the debate centered not only on the crimes of sedition and embezzlement, but also on the amendments that the Constitutional Court has not allowed to be debated and voted on, by imposing the very precautionary measures requested by the PP deputies in the amparo appeal filed before the guarantee body.

After rejecting the vetoes of the PP, Vox, Ciudadanos, Junts and UPN, 140 senators have voted in favor, 118 against and three have abstained from a reform that makes sedition a crime of aggravated public disorder with a maximum penalty of 5 years, compared to the current 15, and that reduces the maximum punishment for non-profit embezzlement to 4 years.

The debate in the Senate, with the absence of all members of the Government, was a reproduction of the one in Congress, with the same parties presenting vetoes to the law (totality amendments in Congress): PP, Junts, Cs, UPN and Vox, against the investiture majority: PSOE, Unidas Podemos and ERC, mainly, who opposed all the vetoes and the rest of the amendments, in an urgent procedure that has allowed the organic law to be substantiated in the Upper House in seven days, as Congress passed the rule just last Thursday. The only thing different is that before starting the debate, the president, Ander Gil, recalled that the Constitutional Court had suspended the processing of the amendments that referred to the Judiciary and the Constitutional Court.

The arguments of the groups that challenged the reform, with the exception of Junts, coincided because "today, the seditious and the corrupt have won the lottery", as the spokesman for Ciudadanos, Miguel Sánchez López, said, and reads a PP campaign released this Thursday coinciding with the Christmas Lottery. Accusations of benefiting the pro-independence supporters, of having made a reform of the Penal Code, à la carte, to favor pro-independence politicians convicted of the process "and who can stand in the elections" and accusations of wanting to intervene in the Constitutional Court with the amendments They were not allowed to debate.

The spokesman for the Popular Group in the Senate, Javier Maroto, was the one who wrote a whole thesis on the "true intentions" of Pedro Sánchez with the reform, both that of sedition and embezzlement, as well as that of the reform of the Law of the Judiciary and the Law of the Constitutional Court, in order to renew the body of guarantees.

With the prior warning, as Alberto Núñez Feijóo did yesterday in his face-to-face with Sánchez, that "he is a legitimate president because he was the first force and was elected by the Cortes. He is not illegitimate, nor is he a squatter," Maroto stressed that he is doing the opposite of what he promised in the elections, which he considers "is a profoundly illegitimate attitude." And he listed those promises now unfulfilled: that the calling of an illegal referendum is a crime, that he would not pardon the convicted pro-independence supporters, that there would not be a government that would rely on Podemos and the pro-independence supporters, and that there would be no consultation or referendum in Catalonia .

All with one objective, said the spokesperson for the Popular Group, "so that Junqueras can stand for election and more than twenty independent supporters do not have a problem with the law, and so they can continue supporting them." According to Maroto's thesis, this strategy was finished off with what he has tried to do with the suspended modifications to be able to renew the Constitutional, because Sánchez "needs to place a specific magistrate, Count Pumpido, in the presidency of the Constitutional Court, to make sure that when the consultation arrives, the Constitutional is not an obstacle". All this supposes, for the PP, a betrayal of Sánchez, of his promises, of his voters and of Spain.

A veto that was opposed by PSOE senator José María Oleaga, who did not refer at all to sedition or embezzlement, although in the turn of spokespersons, not in opposing the veto, he did defend that there are harsh penalties for those who embezzle and enrich themselves personally.

Oleaga focused on the impediment of debating the amendments on the Constitutional Court, and the renewal of the General Council of the Judiciary, forced, he said, by the strategy of the PP and a Feijóo "knocked out and without the capacity to understand and respect the result from the polls", although he warned him that what he has done has caused "democrats to be more united than ever". Oleaga stressed "that the commitment of the PSOE is not only that there is coexistence, that bridges be restored, that those who think differently are not insulted, as well as respecting freedom" and for this reason he proclaimed that "democracy is going to prevail".

During the debate, the differences between ERC and Junts were also seen. The first with a strong defense of the reform, because it means "removing politics from justice", which is what the Catalan separatists have been asking for a long time, and the Junts spokesman, Josep María Cervera, who presented a veto because the reform "parts from a false assumption, which is to consider the process and October 1 as punishable crimes" when they maintain that "there was no crime".

The senator from Junts, who even criticized "doing it in the shortest possible time", considers that what is approved "is nothing more than an incoherent regulation that covers up improper sedition", an "operation based on deceit and fraud to the principles of the rule of law". In his opinion, in addition, the article on sedition was already "de facto repealed" thanks to the "independence supporters in exile", because the German, Belgian and Scottish courts, or the United Nations and the Council of Europe, did not recognize that crime. That, he stressed, taking into account that "although some sell the repeal, what it does is replace it with another crime."

The ERC spokeswoman, for her part, Mirella Cortès, returned her veiled allusions to the Junts spokesperson, reminding them that with the reform "the repressive capacity of the state is diminished", because, she insisted, "voting is not a crime" and it does not make sense that those who "asked for dialogue" between Catalonia and the State oppose, until the dialogue table was set up.

But also, Cortès, attacked the PP and told the Government that "it is suffering a little from what the political and judicial apparatus applied in Catalonia against the independence movement", and nobody paid attention to them, until now, because they are suffering the same that they suffered.