The plenary session of the Senate has definitively approved the Law of Democratic Memory, which reinforces the commitment of the State in the search for the disappeared from the Civil War and the Franco regime and opens the door to study possible violations of human rights between 1978 and the end of 1983 . 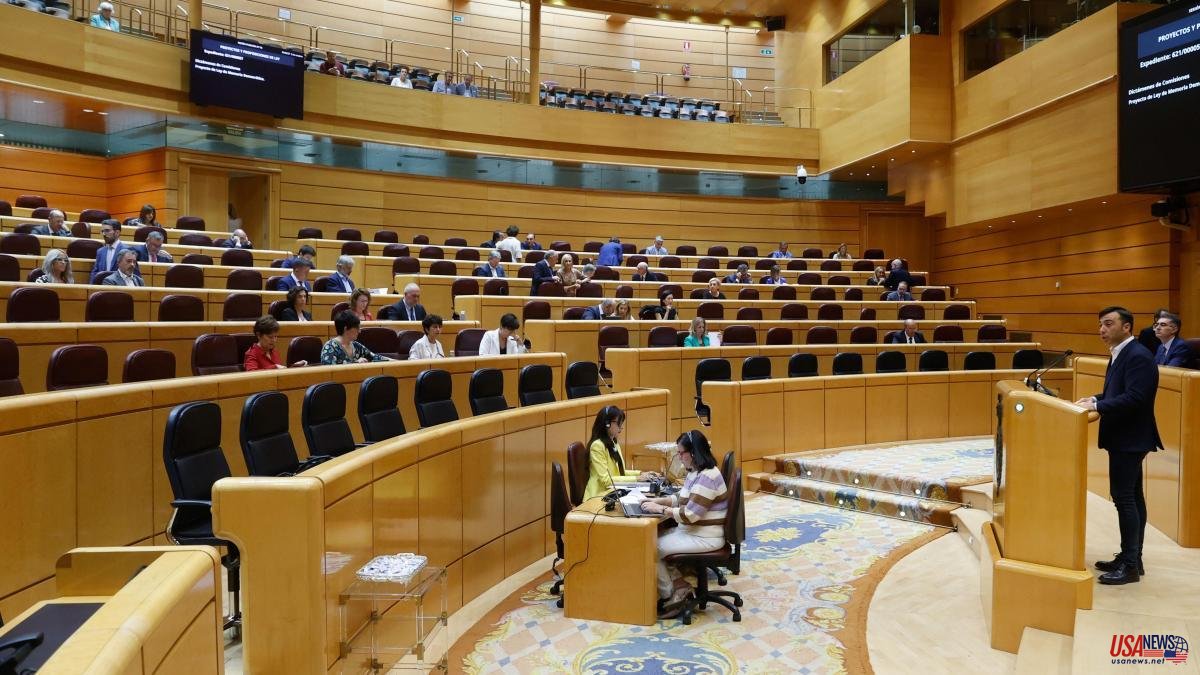 The plenary session of the Senate has definitively approved the Law of Democratic Memory, which reinforces the commitment of the State in the search for the disappeared from the Civil War and the Franco regime and opens the door to study possible violations of human rights between 1978 and the end of 1983 .

The law, promoted by the Government of the PSOE and United We Can, has been approved with 128 votes in favor, 113 against and 18 abstentions, after a five-hour debate with crossed reproaches between the left and the right.

The most critical have been the PP, Vox, Ciudadanos and UPN, which have separately presented four vetoes (amendments to the entirety) to the law that have been rejected in plenary.

The approval of the Democratic Memory Law is definitive, since the text has not incorporated any modification with respect to the one approved on July 14 in the plenary session of the Congress of Deputies, so it will not have to return to the Lower House.

The PSOE has not accepted any of the more than 500 partial amendments presented by the parliamentary groups in the Senate, many of them from government partners such as ERC, EH Bildu and Compromís, who coincide in describing this law as insufficient, although the result of your vote has been different.

"It is a law that falls short in the fair, necessary and indispensable process of guaranteeing access to truth, justice and reparation for the victims of the Franco dictatorship", said ERC senator Josep Maria Reniu, whose party has abstained.

For its part, EH Bildu has voted in favor, since it considers that the law is "a step in the right direction", as explained by its senator Gorka Elejabarrieta, although it does not agree with "some of its contents".

United We Can does not have its own representation in the Senate, so it has not been able to participate in the plenary debate, which representatives of memorial associations have followed from the guest gallery.

The Minister of the Presidency, Félix Bolaños, and the Secretary of State for Democratic Memory, Fernando Martínez López, have also attended the Senate, while at the gates of the Upper House a dozen memorial activists have denounced that the law does not put an end to the "impunity of Francoism".

The Democratic Memory Law, which will repeal the Historical Memory Law approved in 2007 during the Government of José Luis Rodríguez Zapatero, will enter into force shortly, after its publication in the BOE.

One of the most controversial issues of the new law is the possibility of creating a commission to study human rights violations between 1978 and the end of 1983, a time frame that the Government extended by one year after agreeing on an amendment with EH Bildu and that ranges from the approval of the Constitution until the beginning of the Government of Felipe González.

Historical figures of the PSOE, such as the former president of the Senate, Juan José Laborda, signed a manifesto against this law, considering that it "distorts" the "great constitutional pact" of 1978, and the former socialist president Felipe González himself said that the text did not sound good to him.

The right-wing groups have once again coincided in their criticism, denouncing in the full Senate that the Democratic Memory Law "breaks the consensus of the Transition" and imposes a "sectarian" vision of history.

"Are you not ashamed, socialist gentlemen, to question former socialist president Felipe González at the express request of Bildu?" PP senator Salomé Pradas asked in the debate.

The senators of PP, Vox, Ciudadanos and UPN have also disfigured the Government's pact with EH Bildu to carry out the law, as well as the "inequality" that they assure that this new norm fosters between the victims of Francoism and the victims of ETA. For its part, the PSOE has denied all these accusations and has assured that it has not made "any concession" to Bildu.

The law goes a step further by expressly establishing that the search for the around 114,000 people who disappeared during the Civil War and the dictatorship will correspond to the General State Administration, without prejudice to the powers of other public administrations.

To do this, the State will prepare a map to locate missing persons and will create a state DNA bank of victims of the Civil War and the dictatorship to be able to compare genetic profiles in the identification of remains.

In addition, the recently approved law declares both the Francoist regime and the Francoist courts illegal, as well as the annulment of all their sentences, and broadens the definition of victims to include LGTBI people, children adopted without their parents' consent and languages and Basque, Catalan and Galician culture, among other cases.

Although it does not repeal the 1977 Amnesty Law, it also establishes that all Spanish laws will be interpreted and applied in accordance with International Law, especially International Humanitarian Law, "according to which war crimes, crimes against humanity, genocide and torture are considered imprescriptible and not subject to amnesty".

On the other hand, the law contemplates the creation of a state inventory of places of democratic memory, among which will be the Valley of the Fallen, which will be renamed Valle de Cuelgamuros and will have a new legal framework.