The Secretary General of the UN urges to tax the

The UN Secretary General, António Guterres, has considered this Wednesday that it is "immoral" that oil and gas companies are registering record profits in the midst of the current energy crisis and has urged all governments to tax their "excess profits" . 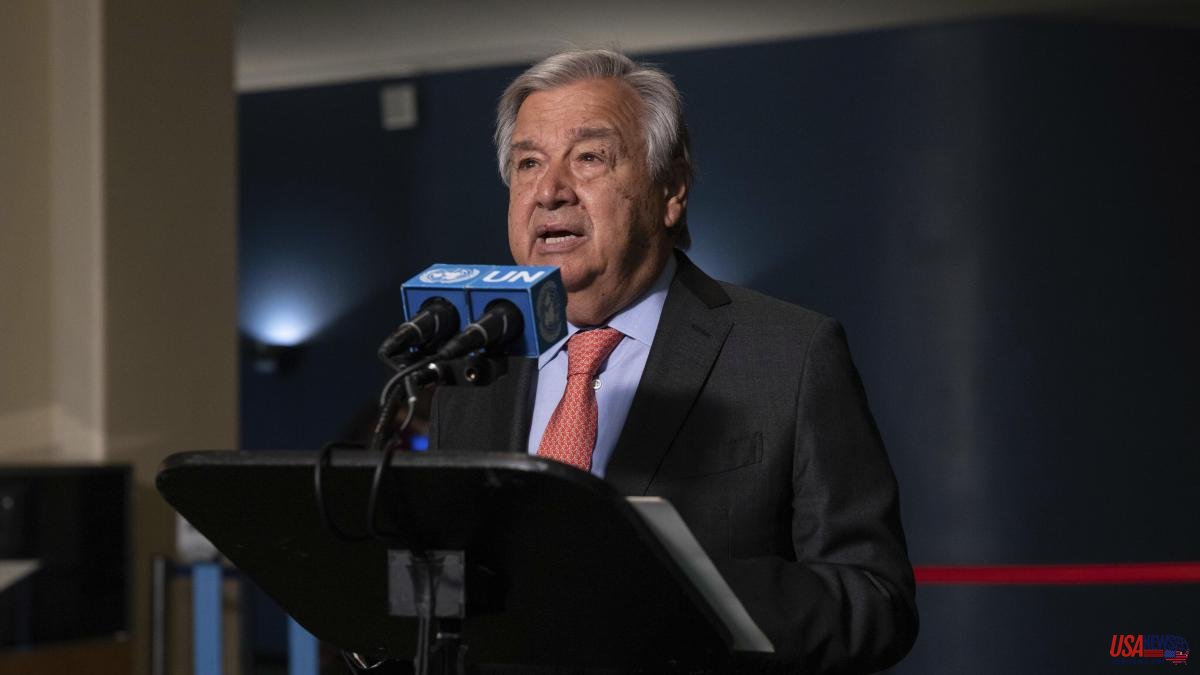 The UN Secretary General, António Guterres, has considered this Wednesday that it is "immoral" that oil and gas companies are registering record profits in the midst of the current energy crisis and has urged all governments to tax their "excess profits" .

"This grotesque greed is punishing the poorest and most vulnerable people while destroying our only home," he told a news conference.

The head of the United Nations has called on governments around the world to levy more taxes on these "excess profits" and use the proceeds to "support the most vulnerable people in these difficult times."

The Portuguese politician recalled that the combined profits of the largest energy companies at a global level approached 100,000 million dollars in the first quarter of this year and that the business in this sector has a "massive cost" in environmental effects.

Guterres expressed himself in this way during the presentation of a third report prepared by UN experts on the global impact of the war in Ukraine and which, on this occasion, focuses mainly on the field of energy.

The document underlines that the world is in the midst of a "major energy crisis", with countries around the world affected by high and volatile fuel prices and an especially serious impact on developing nations and the most vulnerable families.

Despite a recent stabilization in wholesale markets, the UN points out that this change has not translated into lower inflation for most consumers.

In addition to short-term measures such as energy saving plans, the UN has once again demanded a much more determined commitment to renewable energies, which, as Guterres recalled, "in most cases are cheaper than fossil fuels".

"Governments must expand and diversify the supply chains of raw materials and renewable energy technologies," the Portuguese has requested.

"They should cut red tape to energy transition (measures) and shift fossil fuel subsidies to support vulnerable households and boost investments in renewable energy," he added.

In the face of this energy transition, Guterres has called for more public and private investment and has urged the shareholders of development banks to take more risks and help countries move forward.

In this sense, he stressed that developing countries have every reason to invest in renewables, but lack the resources, while the richest nations push them to make this transition but do not give them enough technical and financial support.

"And some of those same developed countries are introducing universal subsidies on gas stations, while others are reopening coal plants. It's hard to justify such steps even on a temporary basis," Guterres said.