The secret that hides inside the famous bust of Nefertiti

There is no queen of Egypt whose face is as well known as that of Nefertiti. 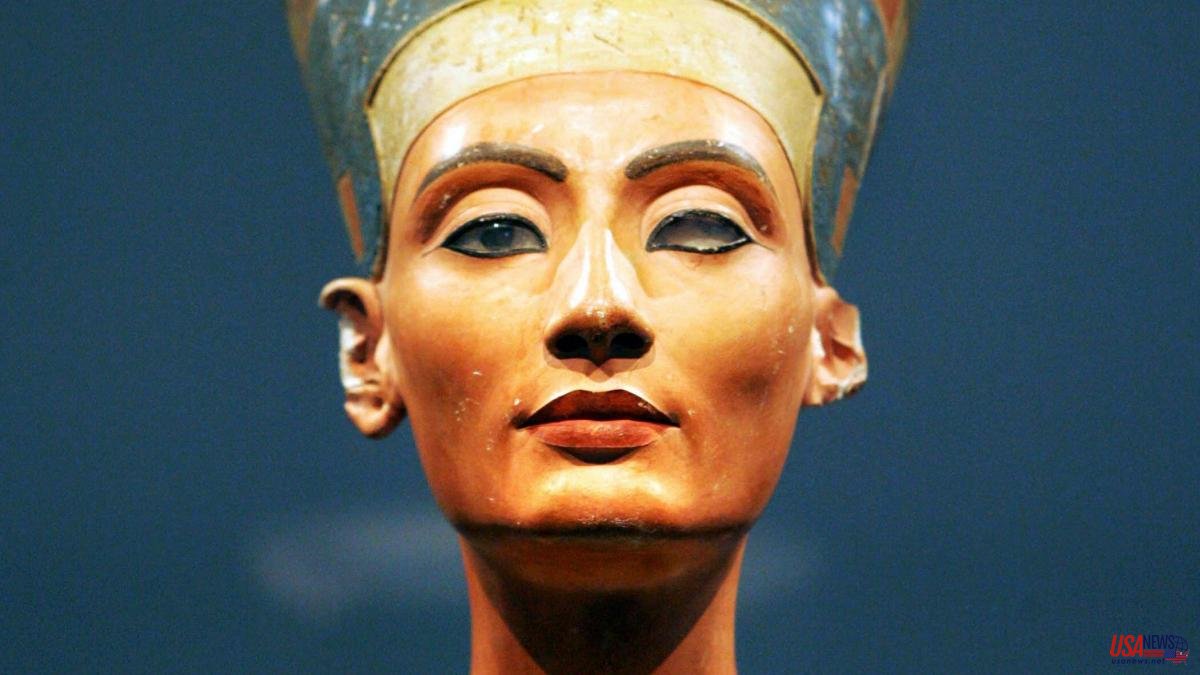 There is no queen of Egypt whose face is as well known as that of Nefertiti. Not even that of the mighty Hathsepsut, who reigned as pharaoh; nor that of the beautiful wife Nefertari of the great Ramses II, portrayed in the most splendid tomb in the Valley of the Queens; not to mention Cleopatra VII, more related to Elisabeth Taylor's physiognomy than to her own.

Nefertiti, who participated as a consort in the religious revolution of her husband Akhenaten, called the heretic, achieved immortality and world fame thanks, however, to a work of art, that of the sculptor Tutmosis, recovered from the desert sand in 1912 The discovery, by the archaeological mission of the German Ludwig Borchardt in the immense site of Tell-el-Amarna, raised controversy from the beginning. At that time, the excavations, financed essentially by European countries, shared the findings equally with the country of origin, Egypt.

And that is how the famous bust ended up traveling to Berlin, not without a certain deception, since Borchart, aware of the importance of the piece, rushed to wrap it up and show only a bad photograph to the Egyptian Ministry of Antiquities, which was naive to time to give his approval to the distribution proposed by the clever archaeologist.

The bust of the queen was exhibited for the first time in 1924, at the Neues Museum, causing great expectation and where it remains despite insistent calls from Egypt for it to return home. Difficult it has. Every year she is visited by a million people, many of whom head to the North Dome Room of the Berlin museum just to see her. An insurance company valued the work a couple of years ago at more than 300 million euros.

Converted from the beginning into an icon of beauty of ancient Egypt, the work was subjected to a detailed two-year study by a team of researchers from the Imaging Science Institute in Berlin led by Alexandre Huppertz. The results, published in 2009 in the scientific journal Radiology, were surprising.

A computerized tomography showed what another one carried out in 1992, when this technology was not so advanced, had not been able to detect. Almost like a matryoshka game, inside the queen's delicate face was another sculpture. Specifically, a first bust modeled in limestone that also represents the face of Nefertiti. However, this first portrait is much more faithful to reality. It shows an equally beautiful woman, but with wrinkles at the corners of her lips and cheeks, not so prominent cheekbones, and a slight rise in the nasal septum. That is, the real, human and imperfect Nefertiti.

The sculptor Thutmose used a strange processing system to model the queen's face. On top of the piece carved on the stone, he added a series of layers of stucco of varying thickness until achieving the final result that we all know and whose image is more idealized than previously believed. It could be said that the creator himself performed cosmetic surgery on his original work, created approximately 3,400 years ago, with the aim of obtaining an ideal of beauty, a stylistic canon, which we still admire today, a Nefertiti who honors the meaning of her name: “the beautiful has arrived”.