The secret of the success of the Vingegaard Jumbo

“I think that Pogacar has not prepared the Tour as well as in previous years. 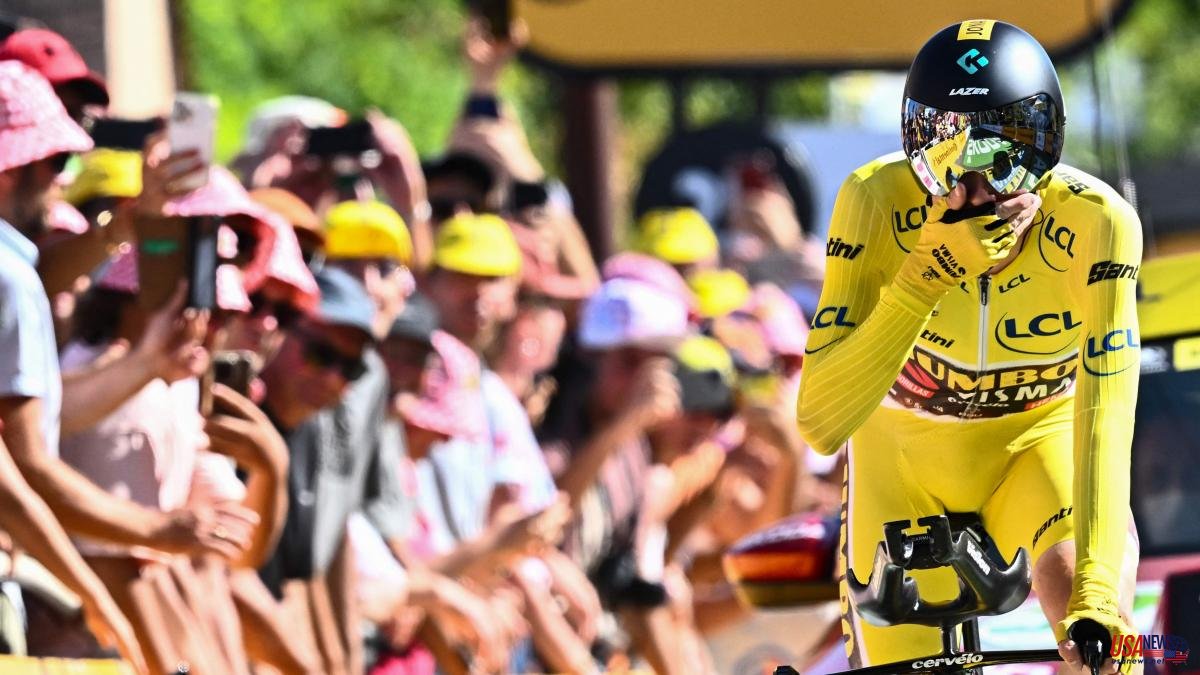 “I think that Pogacar has not prepared the Tour as well as in previous years. Show up at the start with only the Tour of Slovenia...” At the time of the final balance of the 2022 Tour, the unrepeatable Eddy Merckx has released his sentence.

Pogacar started from Copenhagen with the number one shirt, a team designed for the ultimate goal and all the forecasts in favor. The Jumbo, on the other hand, once again announced Roglic as leader, with Vingegaard as a backup and the intention of pursuing various objectives, an understandable program with Wout van Aert in its ranks. The end result has been overwhelming. Vingegaard will no longer return to the Tour without being considered the leader, the team has won six stages (and 7 second places!), the yellow, the green for regularity and the one for the mountains. The target of the youngsters has escaped because Vingegaard is just over the age limit. The Dane is the first Tour champion not to compete for the white jersey since Geraint Thomas in 2018. They are rightly compared to Cruyff's Ajax and defined by a new concept: total cycling.

The structure of the Jumbo (Dutch supermarket chain) is the heir to the Rabobank, although with a priori focus less focused on the domestic product, ready to shine as soon as possible, with Slovenian, Danish or Belgian leaders if necessary. A style far from the historical localism that usually permeates French teams or Movistar itself.

The reconversion was not easy because Rabobank disintegrated due to the doping of its leader, Michael Rasmussen, and the reconstruction had to start from scratch. In Jumbo's first year of support (2015, next to the Dutch lotteries) it only had six wins. The budget has been growing and in this 2022 it is calculated (no official figures are provided) that it would be around 30 million euros, only surpassed in the WorldTour by the UAE Emirates (34) and Ineos (50).

Jumbo's manager, Dutch journalist Richard Plugge, is a strong advocate of this global spirit. "Would anyone wonder why PSG wins with a goal from a Brazilian like Neymar?", He has commented. But the roots are not forgotten, another singularity of total cycling: the team promotes the Jumbo-Visma Academy, a training point for young people from the Netherlands who stand out in cycling, and has a subsidiary team in the lower category, the Jumbo -Visma Development.

After conquering the last three Vueltas a España with Roglic, the supreme success of the Tour, which they already touched with Roglic himself in 2020, finally arrives in 2022. It is the culmination of a slow work of reconstruction and a patient commitment to excellence in all aspects surrounding a cycling team.

New coaches, better material, a structure that leaves nothing to chance. From the pre-season concentration, at the Barcarola hotel in Sant Feliu de Guíxols, to the podium on the Champs-Élysées, the entire process has been painstakingly worked on. Runners, trainers, race directors, mechanics, assistants, cooks, bus drivers, all received precise instructions on the calendar of the year and knew what was expected of them.

Each cyclist is assigned a trusted coach who acts as confessor and liaison with the management. The group's philosophy is summed up in a basic concept ("we must discuss everything, we are obliged to keep nothing to ourselves") that is expanded in a decalogue of rules that is reviewed every year, presented to new signings and reworked if necessary .

All the details count. In this Tour, for example, the Jumbo riders have enjoyed their own mattress, which a specialized team moves daily and installs in the hotel establishment assigned by the Tour. “The Tour is won in bed”, declared the Dutch champion Joop Zoetemelk years ago. It is a concept that passes from generation to generation, not in vain another Tour champion, the American Greg Lemond, impressed in his time because he appeared in the then hot French hotels with a portable air conditioner. It all adds up.