When the lights went up at the Royal Alexander Theater after the first screening of The Menu, Mark Mylod's film that kicked off its awards run at the Toronto Film Festival, many in the audience were still stumped. 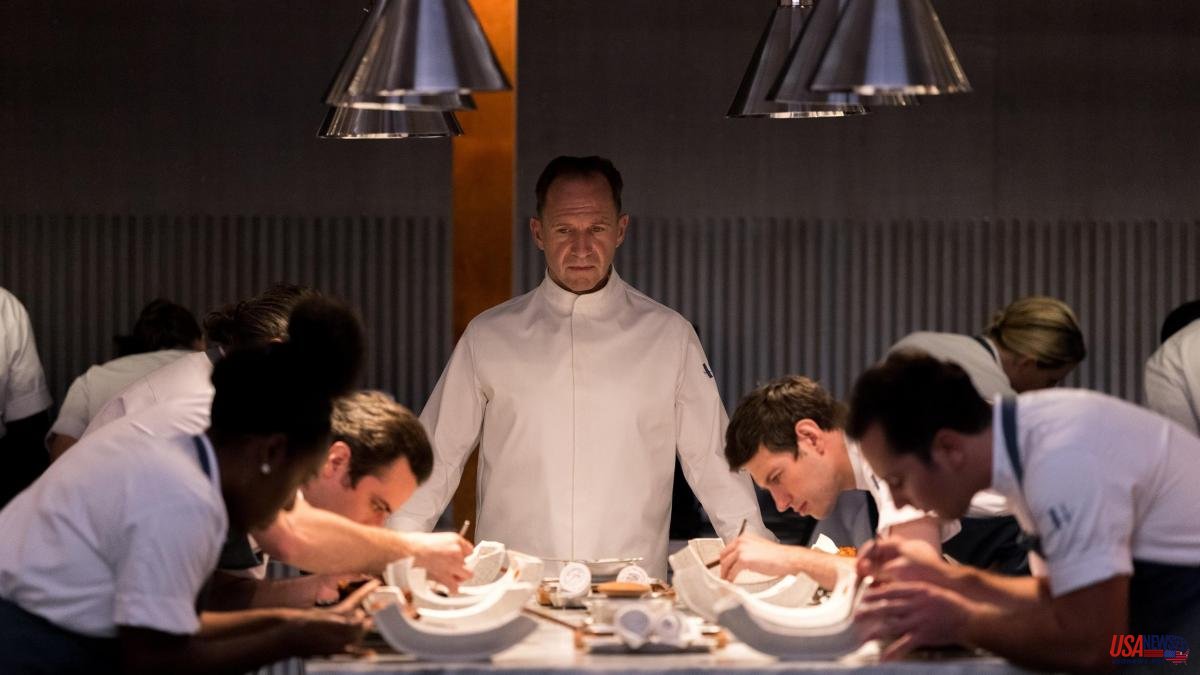 When the lights went up at the Royal Alexander Theater after the first screening of The Menu, Mark Mylod's film that kicked off its awards run at the Toronto Film Festival, many in the audience were still stumped. It is that, without a doubt, this satire on the eccentricities of the great chefs breaks with everything known, requiring viewers to leave their preconceptions in the entrance hall to initially move through comedy and fully enroll in horror cinema in his final minutes.

So it was no surprise that in the question and answer session that followed, when Mylod took the microphone, the first thing he did was thank those who were still in the room for not leaving during the screening. Joining him were Ralph Fiennes, Judith Light, Guatemalan Arturo Castro, Dominican Aimee Carrero, Mark St.Cyr and Paul Adelstein representing his vast cast, co-writer Will Tracy and producer Betsy Koch.

But what gave the scene a surreal touch was the connection via Zoom with Anya Taylor-Joy, who was filming in Australia, since her image took up the entire screen in the room. It was Tracy who explained the origin of the unusual story, in which a group of wealthy diners are invited to the island where chef Slowik has an exclusive restaurant for which there is a long waiting list: "Many years ago we were with my wife on a cruise in Bergen, Norway," he recalled, later adding: "I'm a big fan of high-end restaurants and there we went to one on a private island about a 25-minute boat ride off the coast. There was nothing with With the exception of the restaurant, claustrophobic as I am, when I saw the boat leave I realized that I was going to spend the next 4 hours with a group of people I didn't know. As I ate, I realized that anything could happen there, and that being in a restaurant you can't leave could be a good idea for a movie."

For his part, Fiennes, in high spirits after seeing how the audience had reacted to his impeccable portrayal of a chef who takes himself and his job too seriously, explained what drew him to the story: " I've always been very interested in food. I love it and I don't think working on this film has changed my relationship with it. Although I have to admit that I don't think I would have liked to try the kind of food I make in the film. But what really interested me was the psychology of someone trying to achieve perfection at something and getting lost along the way. I think in Stowik's case, he lost his connection to what led him to cook when he was just starting out. And It is Anya's character who, in the end, reminds him of those beginnings, pressing him to meet them again and resisting his plans. But going back to food, I like simple ingredients and uncomplicated dishes, because what I I think I wouldn't pay for what they cook in the movie," he said.

From the screen, Taylor-Joy added: "Participating in The Menu introduced me to a type of food that I wouldn't have been interested in otherwise. I discovered that there is a type of cooking that is an art form, and at the same time reminded me how terrible I am as a cook," she confessed. Mylod, who has won two Emmy Awards for his directing work on the Succession series, revealed that his biggest inspiration for bringing The Menu to the screen was Robert Altman, and more precisely Gosford Park, his 2001 film.

"My first collaboration with Will, my writer, was on an episode of the show called Tern Haven, which is basically a big dinner, very opulent but painful at the same time. And to try to shoot it in a way that was fresh, I went back to to see Gosford Park, and I had the help of a brilliant British actor, Charles Dance, who told me what Altman's method was," he said before the crowd marched off to King Street. Trucks that were giving away hamburgers were waiting for them there, a good idea from the marketing team to remind them of one of the best scenes in The Menu.