The new shirt of the albiceleste, which includes the three stars on the shield and the FIFA patch that accredits the world champion, went on sale this Monday in Argentina amid the hangover from the celebration of the title achieved in Qatar 2022. 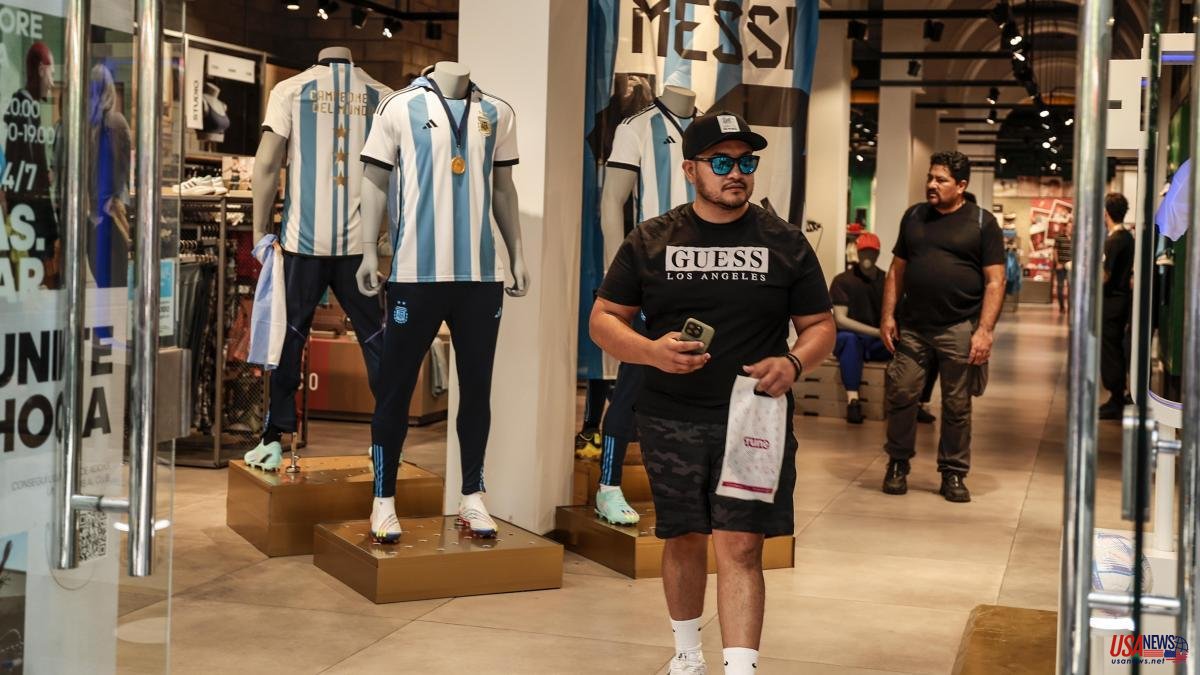 The new shirt of the albiceleste, which includes the three stars on the shield and the FIFA patch that accredits the world champion, went on sale this Monday in Argentina amid the hangover from the celebration of the title achieved in Qatar 2022.

Despite the fact that it was initially planned that the Adidas brand stores, which dress the Argentine soccer team, would offer the new kit, for the moment it is only accessible for sale online, through the brand's application and its official website in Argentina.

The official page opens with the message "THE THIRD STAR ARRIVED" and adds a photo gallery in which you can see one of the captain of La Scaloneta, Lionel Messi, carrying the trophy won in the Qatar 2022 World Cup and another of the details that adds the new albiceleste clothing.

"The most awaited by all: the AFA shirt with the 3 stars," explains the company on the web, which adds that the "early launch" is "exclusive" for members of your club.

The shirt that is put up for sale is the "replica version", that is, not the official one worn by the players, although, as the company explained, it includes "the shield, the 3 embroidered stars (in the shape of a pyramid) and also It has the shield of the 2022 FIFA World Champion", which can only be worn by the current holder until the next tournament.

The price, according to the data provided by the company, is 22,999 pesos (129 dollars at the official exchange rate, about 68 at the informal exchange rate).

Argentina achieved the third World Cup in its history on December 18, after winning those of 1978 and 1986.

La Albiceleste prevailed in the final of the Qatar 2022 World Cup against France in the penalty shootout (4-2) after equalizing 3-3 in the 120 minutes of play.