The saddest day of this Barça 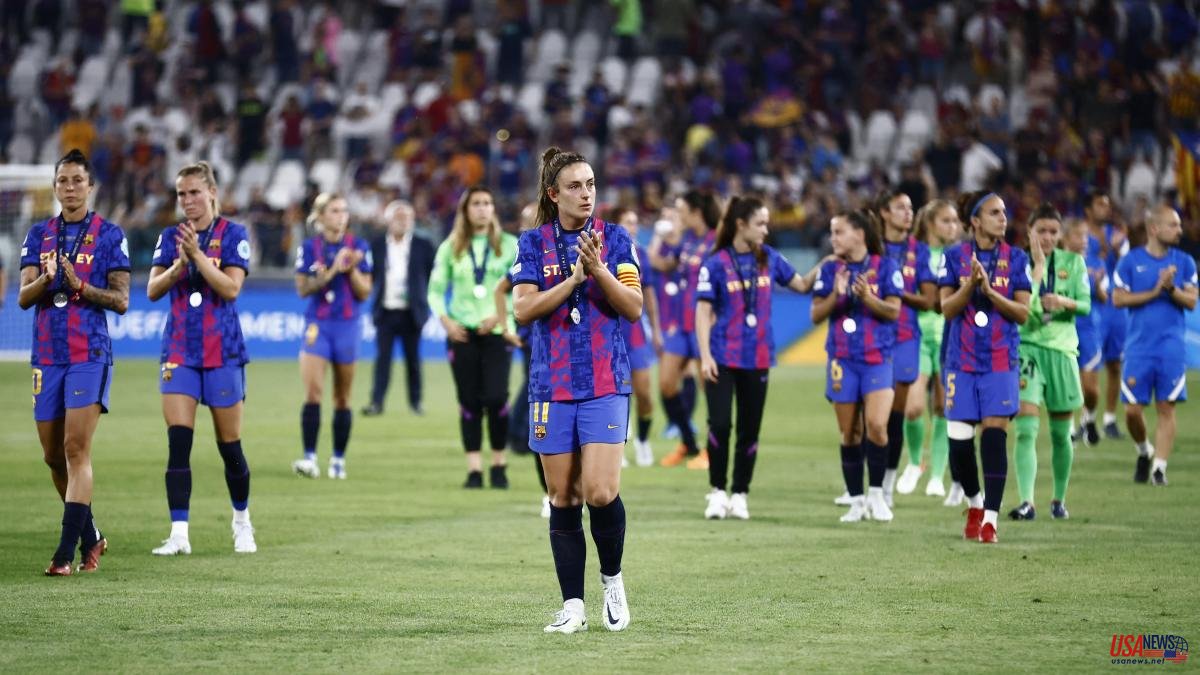 The Barça expedition returned to Barcelona yesterday morning. Downcast and with serious faces, the Barça players said goodbye to Turin after a sleepless night repeating the disastrous game against Lyon over and over again in their heads. The only smiles that were seen were for the photographs with the fans that were found at the airport. “What less since they have come here”, Aitana was heard commenting with his companions. Smiles that could not mask the deep disappointment suffered by some soccer players who have just suffered the most painful defeat of their career. Because the team knows that it was not up to the task, that Barça did not lose because Lyon was superior, which it was, but because they gave up their style even knowing that it was the only way that gave them any chance of winning.

Bompastor won the battle against Giráldez, who was surprised by the predictable high pressure and intensity of Lyon. He was also unsuccessful putting Jennifer Hermoso at the start in a duel for which Oshoala seemed the best option. The Madrid striker, whose contract ends on June 30, ended up being singled out when she was substituted at halftime. Her continuity at Barcelona will be clarified after the Copa de la Reina, along with that of other players who are fulfilling contracts such as Martens, Leila or Crnogorcevic. In the case of Giráldez, with the option to renew for another year, the club's sports manager, Markel Zubizarreta, confirmed in Rac1 that the Galician coach will continue next season.

The defeat against Lyon does not erase the achievements of this great Barça, which are many, both sporting and social, but it should serve to continue growing. For this, self-criticism is essential. Alexia Putellas, from the Juventus Stadium, already pointed out the main culprit: “As much as we train, we need this competitive rhythm that they have and that we don't have in our League. We have to push together and improve the infrastructures”. A half valid argument, because Lyon, with only one draw throughout the course, has not known defeat in its championship for more than a year.

There will be time for deeper reflection and decision making, but the season is not over yet. The locker room is sunken and with almost no time to assimilate this hard blow, Real Madrid is measured on Wednesday in the semifinals of a Copa de la Reina that comes at the worst time.