Ryanair cabin crew in Spain have ruled out extending the open strike at the airline since June last year. 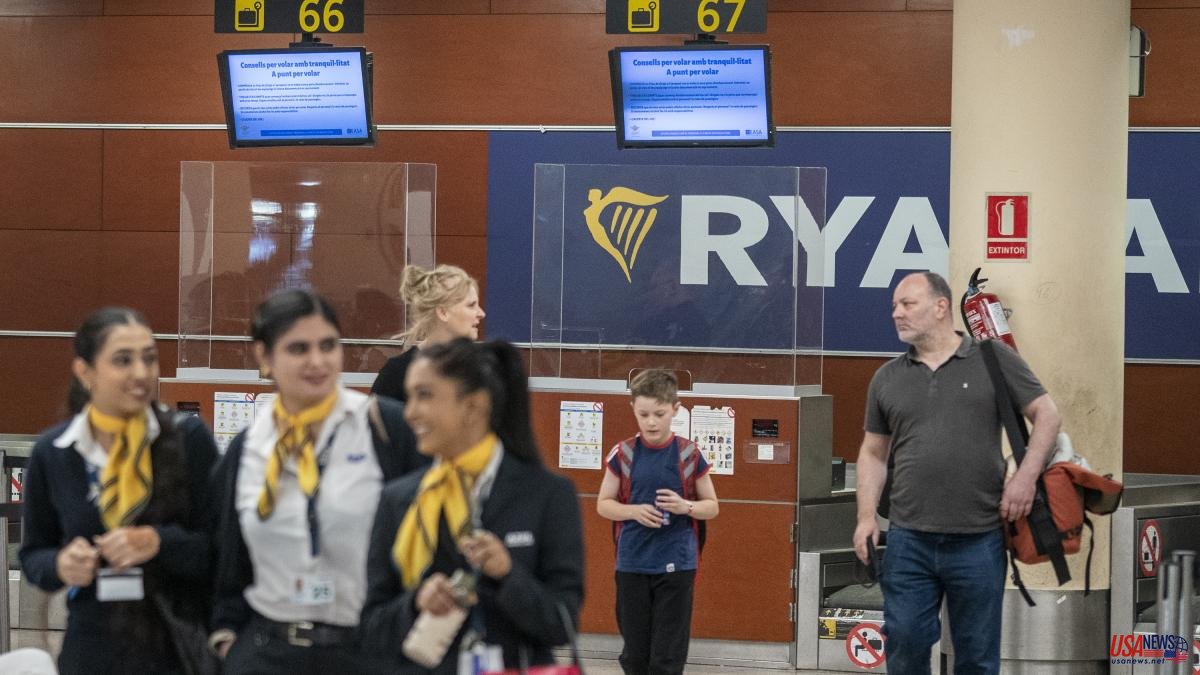 Ryanair cabin crew in Spain have ruled out extending the open strike at the airline since June last year. The call for a strike by the USO union officially ends on January 7 and, although the possibility of extending it was raised at the time if no agreements were reached, the mobilization is considered over for now. It is one of the longest conflicts in the sector that, moreover, is closed without a concession from the company or approach with the conveners.

Union sources explain that currently "it is impossible to continue with the protest because the company is boycotting it." The Labor Inspectorate issued a report a few days ago in which it considered proven that Ryanair had violated the cabin crew's right to strike.

The end of the mobilization without an agreement occurs in the middle of a wave of conflicts in low cost airlines. The Air Nostrum pilots ended their strike on January 3 and are scheduled to meet with the company on January 17 and 18 – the meeting was scheduled prior to the strike call. The Vueling cabin crew, for their part, continue with the protest that began on November 1 until the 31st of this month. From the Stavla union they comment that there have been no advances or approaches with the company and that, although they do not rule out a new strike call, they will make a decision later.

The outcome of the protest at Ryanair has hit like a jug of cold water in consulted union environments. "It can demobilize in the face of future conflicts," they admit.

"Ryanair has resorted to unions without representation in the cabin crew group to break the strike, offering the result of the lawsuits that we have won before the National Court to the members of this union without implantation," says Ernesto Iglesias, USO delegate , alluding to CC.OO., an organization that has indeed reached agreements with the airline –for now, only for its affiliates–. That pact is now challenged by USO, which has appealed it to the Supreme Court after a first ruling by the National Court in favor of Ryanair and Commissions. "It is possible that new mobilizations will have to be resorted to," says Iglesias, for the moment without specifying a date.

The long call for a strike in Spain and other countries has not made a dent in Ryanair, which has broken its record for passengers transported this 2022, with more than 160 million travelers compared to 152 million in 2019, the year before the pandemic. The load factor of its planes, in addition, reached 92%, the airline advanced yesterday. In its first fiscal semester it earned 1,371 million euros.

With these figures, Ryanair has widened the distance with its immediate competitors in Europe and leads the recovery of air traffic. The sector has left the worst of the covid crisis behind but has not managed to recover all activity. “The industry is unlikely to fully recover to pre-pandemic levels in 2023, and indeed 2024 will be challenging,” says John Grant, head of analysis at OAG, one of the world's largest aviation consultancies. world.

“Although some countries are above their 2019 levels in Europe, most markets are still 10-15% below and in many Asian markets the deficit is close to 40%,” he adds. To the problems in finding personnel, Grant adds the closure of Ukrainian airspace or the shortage of parts for airplanes, thus weighing down the activity. In this scenario, he identifies Ryanair and Wizz Air as post-pandemic winners.