The "Russian Google", overwhelmed by the Ukrainian tsunami

The internet giant Yandex, known as "the Russian Goggle", is suffering the disastrous consequences of the conflict in Ukraine. 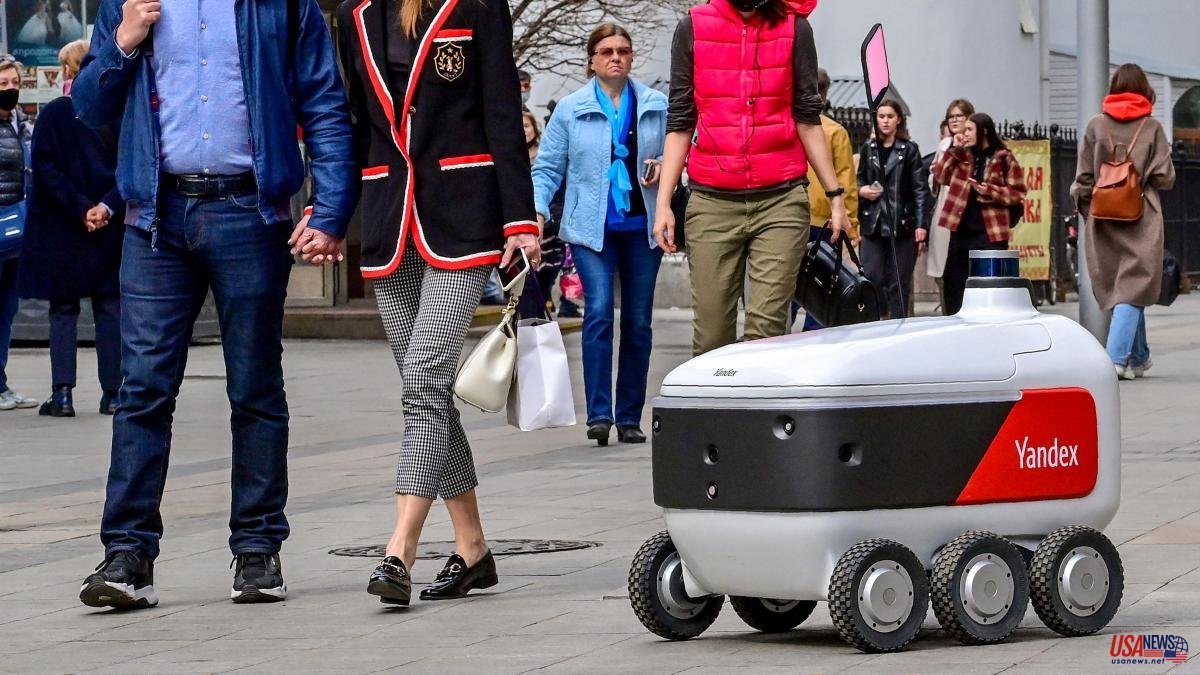 The internet giant Yandex, known as "the Russian Goggle", is suffering the disastrous consequences of the conflict in Ukraine. To protect his companies from these effects, he faces a restructuring that, at the same time, means giving up his international dreams.

The sanctions against Moscow have made it impossible for the company to develop its most ambitious projects, and caused many of its employees to leave Russia. Faced with this situation, the founder of Russia's greatest technological success, Arkady Volozh, is trying to break up the conglomerate and receive the go-ahead from the Kremlin.

Yandex began to feel the effects of the sanctions for the Russian military intervention in Ukraine as early as March. Tigran Jedaverdian, Volozh's deputy, then denounced that "war is monstrous." He was later placed on the list of people sanctioned by the EU, forcing him to leave the board of directors and his positions at the company. The EU explanatory documents indicated that former Yandex boss Lev Gershenzon had accused the company of serving as "a key element in hiding information" from users about the operation in Ukraine.

Without access to the international financial system and without investor confidence, the company began to suffer. When the New York Nasdaq stock exchange suspended trading in February, its shares plunged 77%.

For its restructuring, Vólozh requested the help of former Finance Minister Alexei Kudrin, today president of the Russian Court of Auditors, according to the Russian edition of Forbes. His participation may be essential, since he is a man close to the Russian president, Vladimir Putin. In exchange, Kudrin will receive a 5% stake in the new business structure.

According to the electronic The Bell, Kudrin will meet this or next week with the head of the Kremlin. The Meduza outlet assured in September that there was already a meeting between the two that month to discuss this matter, information denied at the time by the Kremlin spokesman, Dimitri Peskov.

Some Russian media indicate that the restructuring is nearing completion. The rise in the Yandex share price indicates that the market thinks so too.

The tech giant is likely to change the parent company (Yandex N.V., registered in the Netherlands and majority owned by Volozh), which will sell its business in Russia to a structure registered here.

With this restructuring, Volozh is expected to lose control of Yandex in Russia, although it will remain a minority shareholder and will be left with the possibility of developing four of the company's businesses abroad, says The Bell. The international startups it would save would be driverless vehicles, cloud computing, educational technology, and data labeling.

Control over this uniquely Russian structure will be held by a company that will be created for that purpose. In it, in addition to 5% of Kudrin, some companies of large Russian businessmen could be integrated, such as Vladimir Potanin, one of the richest men in Russia.

The RBK newspaper, citing sources, placed the negotiator Kudrin on Friday outside the Court of Auditors and within the new Yandex structure before the end of the year.

After Russia started its military actions in Ukraine, some Yandex employees left Russia, including top executives. Among them, its general director, Yelena Búnina; the head of services for small businesses and geolocation services, Román Chernin; or the head of the frones leadership, Dimitri Poshischuk.

Volozh was sanctioned by the European Union in June for Yandex's role in "promoting state media and (official Russian) narratives in search results." According to the Israeli outlet Calcalist, the businessman asked Israeli Finance Minister Avigdor Lieberman for help in moving the Yandex headquarters to Tel Aviv and transferring employees there. Bunina, Chernin, Poshischuk and Volozh currently live in Israel, The Bell noted.

In March, Yandex decided to sell its news aggregator along with the Yandex Zen service, and focus on developing search, technology, and urban services. In August the plan became possible thanks to an agreement with the social network VK (VKontakte). With an exchange of shares, the latter received the news aggregator and Zen and handed over its Delivery Club food service business to Yandex.