The role of Pablo Torre and other keys to Viktoria - Barça

Barça will close its run in this season's Champions League with a match against Viktoria Pilsen in which the main objective will be to make it useful, even if it has no significance for the competition. 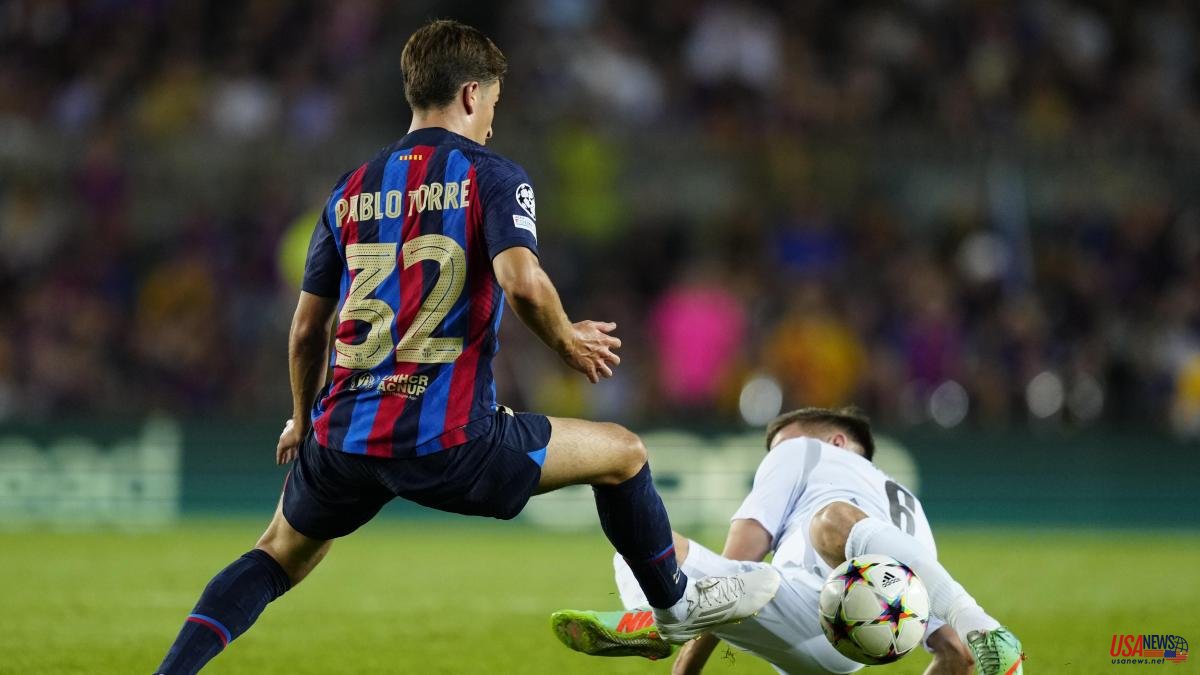 Barça will close its run in this season's Champions League with a match against Viktoria Pilsen in which the main objective will be to make it useful, even if it has no significance for the competition. Here are my tactical keys for this match:

The main objective of Xavi and the squad against Viktoria will not only be to bid farewell to the Champions League with the best image possible, but also that the match will serve to grow. For this there are two basic things: on the one hand, give opportunities to less usual footballers or, even, to the players of the subsidiary who have traveled and, on the other, place regular players in other possible positions For the first, the most Of course, it is goalkeeper Iñaki Peña, who after many weeks will have the opportunity to play a game. And for the second, the absence of Lewandowski's call opens the possibility that Ferran Torres or Ansu Fati play as nine.

This Tuesday's is a perfect match for the young Cantabrian midfielder to add minutes. With the team short in midfield it is an opportunity to see his growth and see what role he can play. Located, on paper, as a midfielder, he can provide quality in the game between the lines and good associative actions but as long as he acquires confidence and rhythm. And that is only achieved with minutes of competition. We must not forget that Pablo Torre does have a perfect football profile to play as a false winger in case Xavi wants to use this option again. Also interesting to see what role the coach gives him. For example, in the stopped ball, since he has an extraordinary hit.

The first leg showed that, with Viktoria Pilsen's crowded and low defensive structure, finishing plays from or near the edge would be a good idea. The Czech team's defense tends to get excessively inside the area in situations of defensive demand. In fact, two of the five goals at the Camp Nou came like this.

Another point that can be interesting in the game goes through the strategy. And it is that Barça can use these actions to try new things or to test other worked moves. As it will also be a good opportunity to vary pitchers in direct fouls or in corners and lateral fouls.

With Jhon Mosquera sanctioned, it is almost certain that the point of attack will go to Tomas Chory. The Czech is a two-meter-tall striker who stands out for his size. Surely Pilsen will rely on him a lot for direct play. Another important footballer for the Czech squad is midfielder Adam Vlkanova. The five titles of him in this Champions prove it.