The Rodalies season ticket, from 25 to 13 euros

The Government yesterday approved the shock plan to combat inflation in Spain. 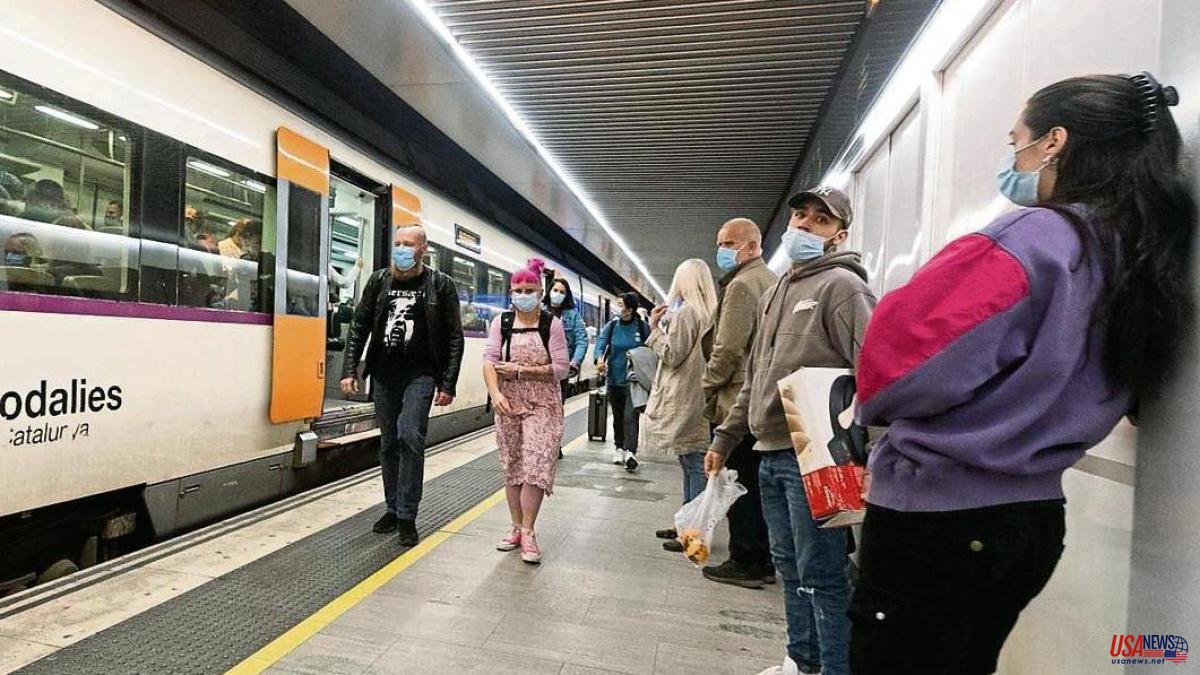 The Government yesterday approved the shock plan to combat inflation in Spain. The main measures announced are listed below, the vast majority included in the extension of the royal decree law, which will be in force until December 31, 2022.

50% reduction in the price of monthly state public transport passes. As of September 1 and until the end of the year, monthly passes for state-owned public transport – Renfe trains: Cercanías, Media Distancia and Avant – can be purchased at half their current price. This means that a monthly voucher for Rodalies in Barcelona will go from costing 25.5 euros to 12.70 euros. Its equivalent in Madrid will be reduced from 29 to 14.5 euros and in Seville, the price will fall from 34.70 euros to 17.35 euros. In transport services controlled by autonomous communities and municipalities, the price of monthly subscriptions will only be reduced by 30%, but the administrations of each territory will have the power to reduce it by up to 50%. The Generalitat announced yesterday that it will compensate this remaining 20% ​​in order to reduce the price by half in the transport it manages, such as Ferrocarrils de la Generalitat.

Direct aid of 200 euros. As of the month of July, unemployed people, salaried workers and the self-employed will be able to apply for an aid of 200 euros if they prove that they live in households whose annual income is less than 14,000 euros (adding up the remuneration of all cohabitants). In addition, applicants must have assets of less than 43,196.40 euros, discounting the value of the habitual residence. The aid will be channeled through a single payment. Those who already receive the Minimum Vital Income or receive pensions from the General Regime and special Social Security regimes or from the State Passive Class Regime are excluded from this aid.

Electricity tax. At the beginning of next year, the Government plans to approve a tax that taxes the extraordinary benefits of electricity companies. Although it comes into force in 2023, it will have effects on the profits obtained by these companies in the 2022 financial year. It is the only measure that will not be channeled through the extension of the royal decree law, because when creating a new tax, it must be processed via a proposition of law.

Industry aid. Gas-intensive companies, such as those producing chemical products, paints, textile finishes, industrial extraction (among others), may request direct aid for a total of 250 million and a maximum of 400,000 euros each.

VAT on electricity at 5%. As the Government already advanced this week, the VAT on electricity will be lowered from 10 to 5%. This reduction, which will come into force on July 1, is added to the one carried out a year ago, when the Government reduced this tax from 21% to 10%. This new reduction, like the previous one, affects consumers with a contracted power of less than or equal to 10 kW. In addition, the Executive has decided to extend the suspension of the tax on the value of electricity production (Ivpee) throughout the year.

Fuel price discount. The bonus of 20 cents for each liter of gasoline or diesel will be maintained. The aid, which came into force on April 1, will continue without distinguishing the consumer's income level.

Extension of measures for people in vulnerable situations. The ban on cutting off electricity, water and gas supplies to vulnerable consumers will remain intact; the freezing of the price of butane at 19.55 euros and the cap of 2% for increases in the rental of homes.