The risks of Biden's economic policy go beyond inflation

The mid-term elections in the United States are just a few days away. 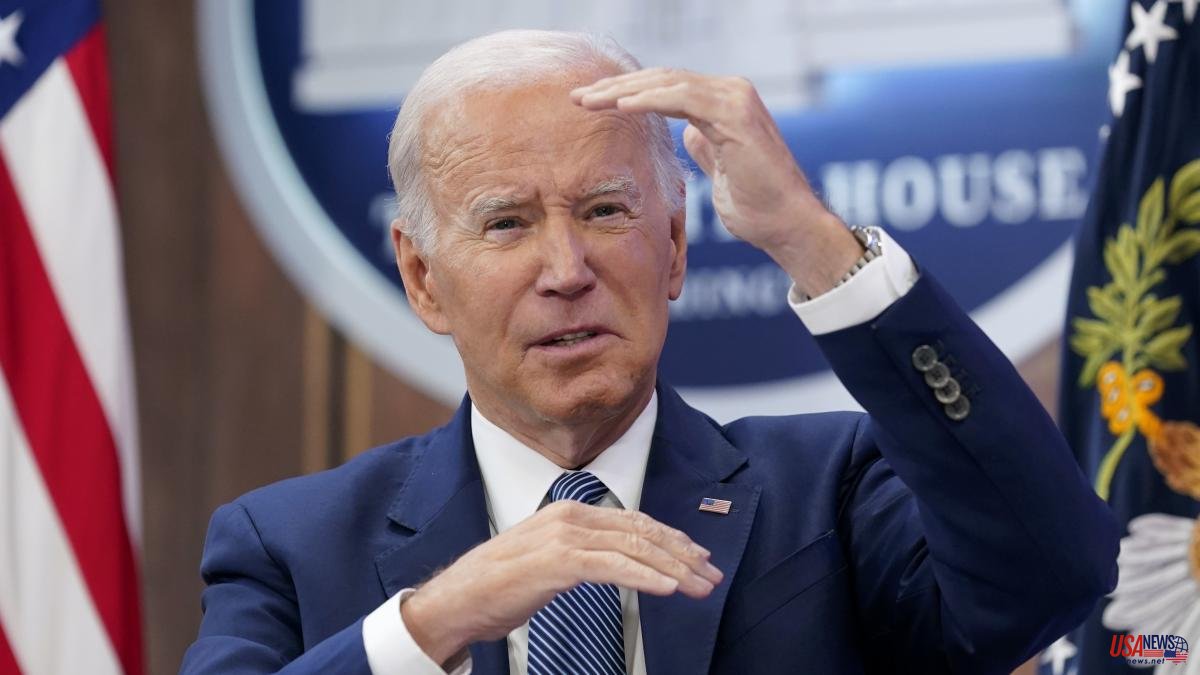 The mid-term elections in the United States are just a few days away. When voters go to the polls on November 8, they will be thinking about price increases above all. Annual inflation exceeds 8%, the highest level in 40 years and also in the lifetime of many voters. For decades, inflation has been quiet enough that most Americans could ignore it. Now, the cost of the weekly groceries dominates the daily lives of voters... and fuels their anger.

It was Joe Biden's outsized economic stimulus in early 2021 that put inflation on an upward path, before the Russian invasion of Ukraine sent prices even higher. Voters could soon punish him for it, and for other perceived excesses. According to the Pew Research Center, a polling firm, four-fifths of Americans say the economy will be "very important" in deciding whether to vote; and three quarters feel "very concerned" about the price of food and consumer goods.

However, the consequences of almost two years of "bidenomics", of Biden's economic policy, not only exacerbate inflation but go much further. Bidenomics addresses two of the biggest long-term threats facing the United States: the rise of an increasingly autocratic China and the dangers looming from climate change. In the past year, Biden has signed three landmark bills -- on infrastructure, semiconductors and the environment -- that together include plans to spend $1.7 trillion. Together with his executive actions, they constitute a full-fledged industrial policy.

The result is unlike anything seen since Congress propped up American car and chipmakers in the 1980s. The government is doling out $180 billion in grants and tax breaks to local businesses over the next five years. . Something equivalent to 0.7% of GDP, more than in the supposedly dirigiste France.

This phase of 'bidenomy' is commendable in terms of objectives. However, their protectionism makes the United States less likely to catch up. It is as if, having correctly identified the destination, Biden tied his legs together before setting off. The costs of such an interlocking approach will be borne by both the United States and its allies.

The United States rightly wants to maintain its position of technological leadership in the manufacture of advanced chips against China. Semiconductors are of growing military importance and could be crucial as artificial intelligence reshapes warfare. Another sensible concern is related to the American dependence on China for the manufacture of crucial green energy equipment, such as batteries.

That dependence could one day give Xi Jinping control over the US economy, just as Europe's dependence on Russian natural gas strengthened the position of Vladimir Putin. Biden wants to restore his country's aging infrastructure and reduce carbon emissions. He has pursued those goals with subsidies and rules that encourage buying American products, and Democrats hope that showing off their support for domestic manufacturing and middle-class jobs will win them votes on the campaign trail.

The problem is that protectionism is a poisonous pill that weakens the whole effort. It harms friend and foe alike, undermines America's bona fide alliances, and encourages others to respond in kind. The European Union and South Korea complain that buyers of their electric vehicles will not benefit from new US subsidies, which will favor cars assembled in North America and may flout World Trade Organization rules.

The European Union is preparing its own chip subsidies, which will compete uneconomically with those of the United States. US attempts to remove Asian countries from China's sphere of influence, for example through the Indo-Pacific Economic Framework, its latest trade initiative in the region, have been undermined by its inward-turning. Western protectionism lends credence to Xi's claims that democracies only uphold global economic norms when they are not the ones breaking them.

Also in the national field, protectionism makes it difficult to achieve the objectives of “bidenomy”. Subsidizing electric cars assembled in North America will make them more expensive and of lower quality, reducing incentives to go green. New laws often require projects to pay officially stipulated "prevailing wages," or to use American iron and steel. The Commerce Department's plan to dole out chip subsidies promises to address a whole host of social problems, from putting the poor to work to helping women-owned businesses. Red tape will further increase costs for consumers and taxpayers.

Instead of erecting barriers, the United States should reap the benefits of openness. Greater immigration of highly skilled people would boost the green technology and chip manufacturing sectors. Relaxing permitting rules could do more than subsidies to encourage green infrastructure construction. Tax deductions can favor investment. Free trade in crucial technologies with allies would make it cheaper to decarbonize the democratic world and avoid excessive reliance on autocracies. And if Chinese chipmaking is to be hindered, the United States is capable of doing so without hampering the industry, as its recent ban on selling advanced chip technology to China demonstrates.

One possible response from Biden is that he has to act within the limits of what is politically possible. At least his protectionist instincts are being channeled to productive ends: Democrats got nowhere in trying to impose a federal cap-and-trade system to curb carbon emissions more efficiently. And both the infrastructure bill and the semiconductor bill have garnered bipartisan support. Promising a revival of manufacturing could help Democrats win seats that previously seemed impossible.

Such an idea is wrong. In the short term, the Democrats' popularity gains are likely to be small compared to the damage caused by voters' fear of inflation. Rebuilding the industrial base and boosting manufacturing jobs may be popular strategies, but they will cost Americans a lot.

Bidenomics can help the US cope with climate change and China, but less than it should because of costly and inefficient design. Much of its appeal stems from the misconception that the United States must invent an industrial policy of its own to counter China's version on steroids. In reality, China's ailing economy and declining stock market show the flaws of centralization. The West's advantage lies in its understanding of the strategic and economic benefits of openness. If the United States sidesteps them, it risks losing the technology race.