The rise in rates stops the real estate euphoria dry

The rise in interest rates has curbed the growth of the real estate sector, according to data presented today by the General Council of Notaries. 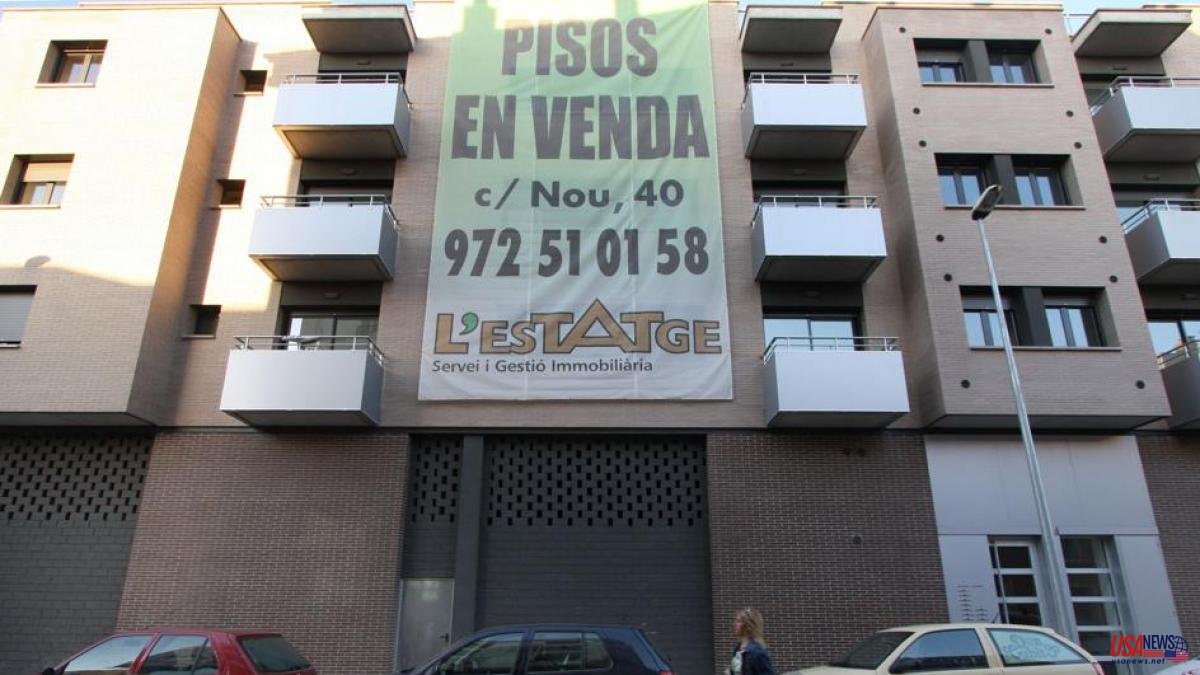 The rise in interest rates has curbed the growth of the real estate sector, according to data presented today by the General Council of Notaries. In July, the month in which the Euribor closed at 0.992%, 69,015 homes were sold in Spain, 3.0% more than in the same month of 2021, when sales rose at rates of 34% per year in January. The higher cost of financing had a greater impact on prices, which averaged 1,583 euros per square metre, only 0.3% higher than a year ago. And also in the average mortgage, which was reduced by 3.3% year-on-year, reaching 153,183 euros.

The data from notaries is the first known about the market situation in July. All in all, the data from these professionals belatedly reflects the real situation in the sector: the signing of the public deed takes place several weeks after signing the private purchase contract – and in the case of new housing, which is largely sell off plan, up to a year later. Thus, real estate sources recognize that the real deterioration of the transactions has been even more intense.

The greatest impact of the rise in the Euribor, logically, has been felt in access to bank financing. According to data from notaries, 51% of the houses that were bought in July were financed with a mortgage, which represented an average of 72.7% of the value of the house. The number of loans grew by 2.8% compared to the previous year, but their amount fell by 3.3% year-on-year, reaching 153,183 euros.

The Euribor was negative in July 2021, at -0.491% and its rise -1.5 points- has had a very important impact on mortgage payments. According to data from the Spanish Mortgage Association, the installments of an average mortgage (from 150,000 euros to 25 years, or 200,000 euros, more common in large capitals) have grown by 19% compared to last year. The increase is proportionally very high because the French amortization system, used by most banks, concentrates interest payments in the first years of the life of the mortgage.

Deeded purchases, for their part, have grown by 3.0%. After the pandemic, and the reduction in teleworking, apartment sales once again lead the market: in July they increased by 6.1% year-on-year, reaching 53,088 units. In contrast, the sale of single-family homes fell by 6.2%, reaching 15,927 units.