The rise and fall (all at once) of Elon Musk

The self-proclaimed tweeter-in-chief has a song ready on his Spotify dedicated to those who don't adore him as he thinks he deserves. 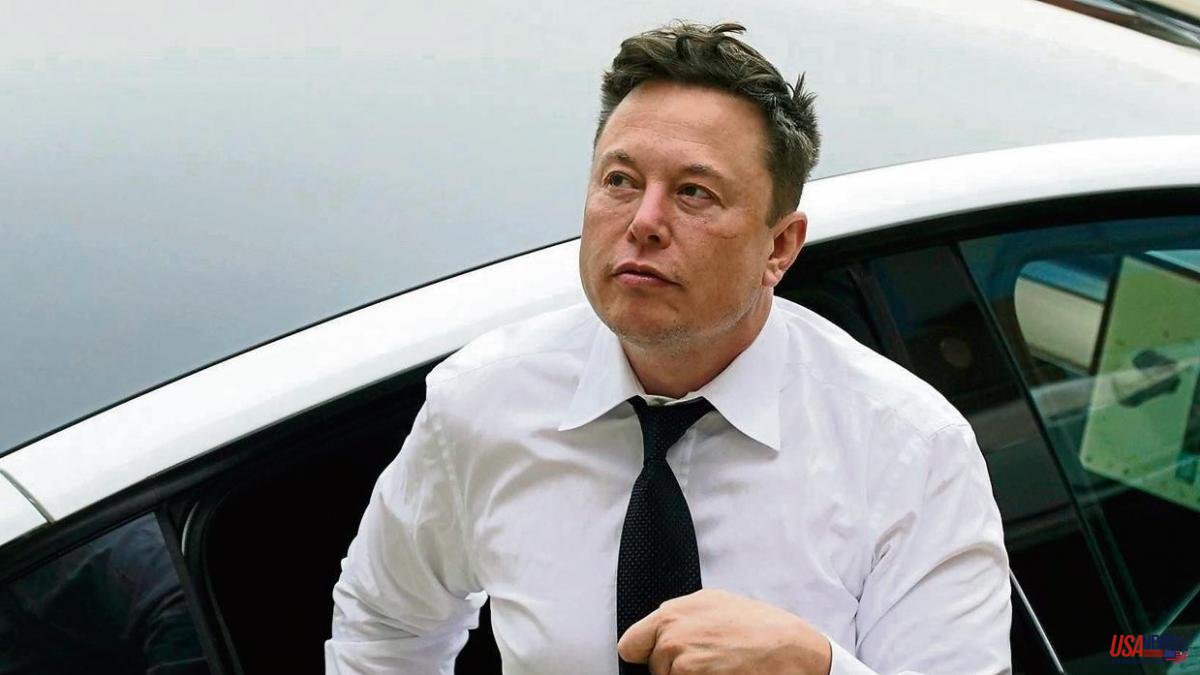 The self-proclaimed tweeter-in-chief has a song ready on his Spotify dedicated to those who don't adore him as he thinks he deserves.

"Hello, sucker, what are you doing here...". Without even knowing of the existence of this hymn by Los Ilegales, Elon Musk doesn't even have a ring to it.

On Thursday he surprised, with nocturnal and treachery, a few journalists with a long history, most of them of chopped stone, respected. Without warning, he considered them some "mamoncetes". He did not like that they were on his platform and suspended their Twitter accounts, which is why he is the master.

He said that for some the ban would be final and then agreed to the one-week deadline, after a discussion on a Twitter audio channel. Faced with questions, the owner cut the connection.

The punished had something in common. They have published reports about the chaos on the social network or have recorded the cancellation of 25 accounts that used public flight data to track the locations of private planes, including their own (@ElonJet).

The list was expanded on Friday when Linette Lopez entered, a reporter who has published investigative reports on Tesla, his electric vehicle factory that made him the richest man in the world. She has fallen from that position, according to Forbes, due to the decapitalization of Tesla, in parallel with the purchase of Twitter for 44,000 million.

His initiative responds to an attitude more typical of despots in the style of Vladimir Putin than of the supposed champion of freedom of expression. Comparisons to William Randolph Hearst have already emerged, as Musk is seen to wield power in an apparently arbitrary manner like the newspaper mogul Orson Welles portrayed in Citizen Kane (1941).

Trying to explain the suspensions – he accused journalists of doxxing or revealing his location in real time – he stressed that a stalker approached the car in which his son was traveling. But the case happened far from an airport and he didn't even go to the police to report it.

The European Union criticized that in that decision. "There are red lines and the sanctions are one," they said. The United Nations Organization also condemned Musk on suspicion that he acted in retaliation for journalistic work and for the violation of the right to inform.

Barely 24 hours later, he backed down due to the scuffle he had provoked with media organizations. He again resorted to a supposed survey among his 121 million followers. 3.7 million voted, of which 58.7% supported the “now” option for that reinstatement, with 41% preferring seven days, as the owner promised.

"The people have spoken," Musk said, to camouflage his defeat in the public forum, although in the country of Fox and Trumpism he has reaped great success with sanctions. Even in sectors of Silicon Valley, who like the unorthodoxy that the employer spends with dissident workers and journalists.

The New York Post, a tabloid that Rupert Murdoch uses to stir up his worst instincts, feels vindicated because in his day, before the change of leadership in the social network, they suffered censorship of information about Hunter Biden, son of the then candidate for the White House. As confirmed by the "Twitter files" that Musk has released, with the collaboration of journalists Matt Tahibbi and Bari Weiss, on the alleged arbitrariness of the content moderation system, that report was canceled for 36 hours due to doubts about its veracity.

What that full-page tabloid defended this Saturday is that misinformation and falsehoods or toxic content from neo-Nazis and white supremacists is the same as the work of reporters who sign or show their faces in their jobs.

"You are not special people because you are journalists, you are citizens, so no special treatment," Musk tweeted Thursday.

On Friday he restored their status much sooner than he intended. Despite the storm, in the process of seeking investors for Twitter, he has achieved one of his goals. Musk is the focus of attention. It's the news.