The new law on the use and learning of the official languages ​​in education runs the serious risk of not being approved on time. 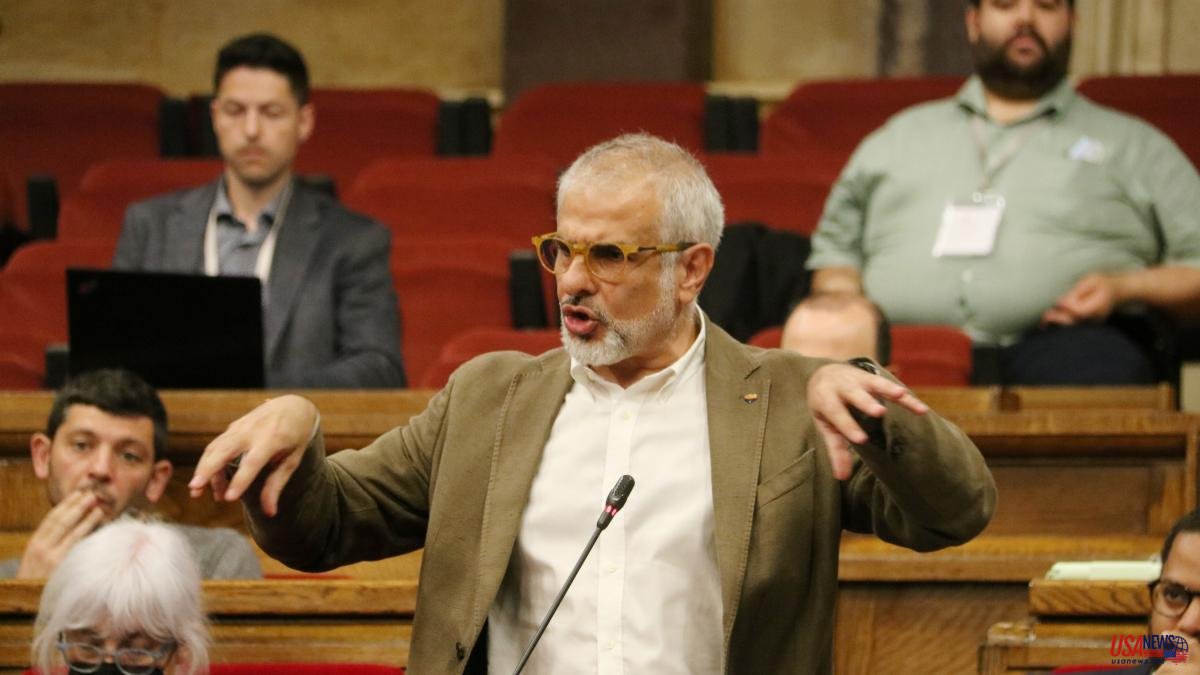 The new law on the use and learning of the official languages ​​in education runs the serious risk of not being approved on time. Citizens, Vox and PP announced yesterday that they will request an opinion from the Consell de Garanties Estatutàries (CGE) on the norm, a maneuver with which they will delay the approval of the bill that was to be debated and voted on this Friday, before the deadline expires , on May 31, given by the justice to execute the application of 25% of Castilian in the classrooms.

With the request for the opinion, for which two groups of the Catalan Chamber are sufficient, parliamentary procedures will be paralyzed until the CGE issues a report that clarifies whether the text of the new law is in line with the Constitution and the Statute of Catalonia. You have seven business days to do so.

The movement could ruin the plans of the PSC, ERC, Junts and the commons, who voted early yesterday in favor of processing the law by single reading, that is, by way of urgency, in order to definitively approve it tomorrow.

The CGE could issue an opinion in record time with which there would still be time to approve the law within the deadline, but Vox and Cs must still present the petition and the Parliamentary Table must meet to approve it, as long as they do not notice a defect form in the application.

The right-wing parties in the Parliament justified their decision by considering that the new law is a "nationalist outrage" and an "assault on legality", while the driving groups defended an agreement that brings together 80% of the Catalan Chamber and that "remakes" a consensus "cracked" in recent years.

At the time, the political dispute was established yesterday in Madrid. The echo of the broad agreement signed resounded in the Congress of Deputies, generating a new source of dispute between the Government and the Popular Party.

His words responded to the sequence lived hours before in Congress, where the popular parliamentarian Sandra Moneo accused the Executive, in direct questioning to the Minister of Education Pilar Alegría, of taking "the side of the separatists" by having allowed the Catalan socialists endorse the agreement.

Feijóo charged against the agreement considering that “25% of classes in Spanish is the minimum to which a Catalan student is entitled; the minimum”, he insisted, before giving the Galician recipe as an example, where 50% of the subjects are in Spanish and the other 50% in Galician. "That's balance and friendly bilingualism," he noted.

For her part, Minister Alegría considered the agreement reached “positive” and placed it as an example that “politics is useful”, but she did not take its usefulness for reversing the judicial ruling for granted: “It is the TSJC that has to pronounce ", he said, insisting that the sentences be carried out, "especially when they are final."

On the other hand, the Minister of Culture and Sports and president of the PSC, Miquel Iceta, was more forceful: “It clearly states that both Spanish and Catalan are going to be curricular languages, of learning. Does anyone see a problem?” he questioned.

But the truth is that those of Salvador Illa have not had an easy time joining the agreement. Sources familiar with the negotiation assure that in the last few hours they were overwhelmed by some concern when thinking that they were "losing the story" or "giving in too much", hence the position of strength in favor of compliance with the TSJC ruling exhibited in the previous hours. at the birth of the pact, and that they make some final score that would reverse that feeling.