The RFEF deactivates the 'Vilda case': "I feel stronger than ever"

After four convulsive days in which there are many rumors that have been leaking about the differences between the Spanish internationals and the national coach, Jorge Vilda, the Spanish Federation wanted to close this episode this Thursday with a press conference in which The coach and the captains spoke. 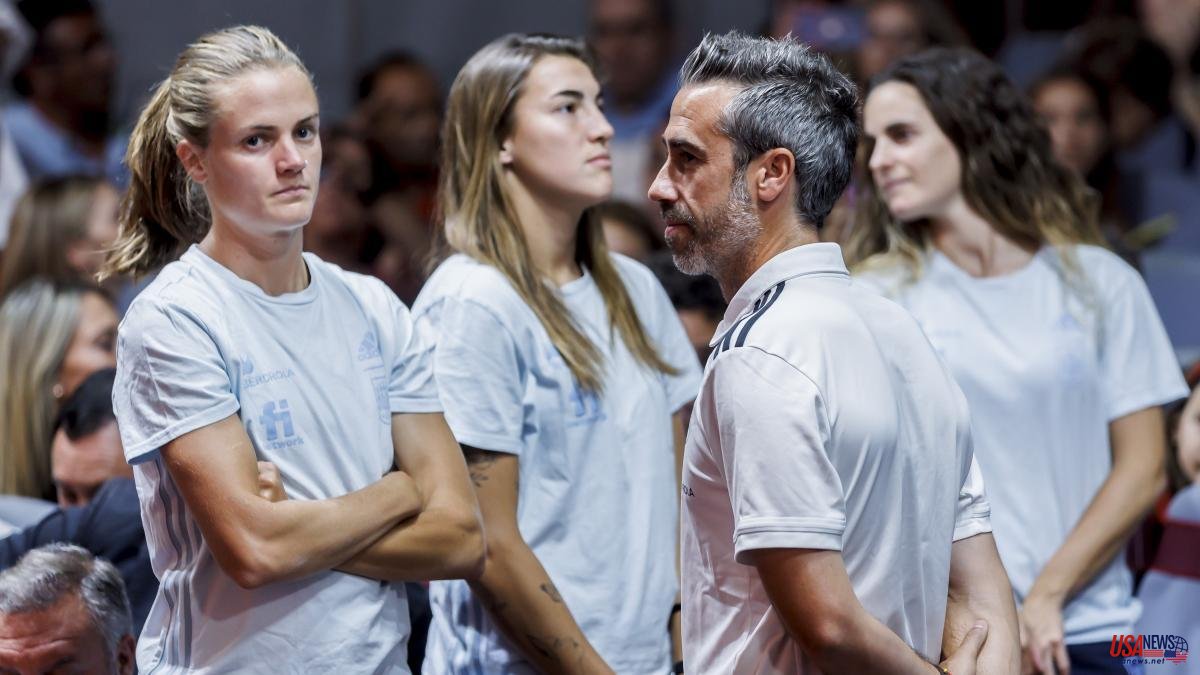 After four convulsive days in which there are many rumors that have been leaking about the differences between the Spanish internationals and the national coach, Jorge Vilda, the Spanish Federation wanted to close this episode this Thursday with a press conference in which The coach and the captains spoke.

They did not appear together, they did so in shifts, evidencing the divorce between the squad and the coach. Vilda spoke first, who claimed to feel “hurt” above all by the leaks: “The locker room codes have been transgressed. The first law of football is that what happens in the locker room is solved inside, ”she denounced.

The man from Madrid reiterated that he has never thought of resigning and thanked the Spanish Federation and its president, Luis Rubiales, for their unconditional support: "I feel stronger than ever," he assured. He evasively answered several questions about whether he feels supported by the soccer players and sent a clear warning to navigators: "We are going to look for players who are one hundred percent involved and who row in favor."

After twenty minutes of explanations, it was the turn of the captains. Irene Paredes, Patri Guijarro and Jenni Hermoso entered accompanied by the entire staff. The RFEF, arguing that they had scheduled training, only allowed four questions to the internationals in a strange press conference in which serious faces and ambiguous answers predominated.

“We are here because we have expressly requested it, not because they have forced us”, was the first sentence pronounced by Paredes, the first captain of the team, the clearest when speaking: “We are a very ambitious team and we want to improve, we want gain. You have to be brave and sometimes you have to say things even if they are not pleasant if you want there to be changes.

The Barça center-back also insisted that they are aware that their job is to play football and that they do not decide whether or not to continue with a coach and explained that they know "there are going to be changes" in the way they work, although they did not enter in more details.

An appearance that served to end the debate on whether Vilda should be relieved on the bench after the failure of the last European Championship, in which Spain was again eliminated in the first round. Despite the image of normality that was conveyed yesterday, on the eve of the match against Hungary (9pm, Las Rozas), to qualify for next year's World Cup for which Spain already has a guaranteed ticket, the reality is that the situation It is quite complicated within the selection.

The discomfort of the players comes from afar, long before the European Championship and for various reasons: the need to raise the level of training, the management of the locker room, the match plans or the calls and the distribution of minutes of the players . After a disappointing European Championship, the captains expressed their discontent to Vilda and Rubiales, but nothing changed. The Federation has shown its unconditional support for the coach, whom he renewed until 2024 before starting the continental tournament.

Faced with this scenario, the soccer players met at the beginning of this latest international gathering, which began on Monday in Las Rozas, and agreed to insist on this idea again, although, as Paredes explained at the press conference, they only transferred the "general discomfort" of the players. "At no time have we asked for Jorge's resignation," he assured. After receiving the message from the players, Vilda reacted by summoning them to individual meetings that became very tense and, according to some sources, even some internationals came out crying. After these conversations the locker room broke down and, with the players divided, her request lost strength and the Federation took the opportunity to close ranks and end the revolt.