The giant loses its balance and staggers. 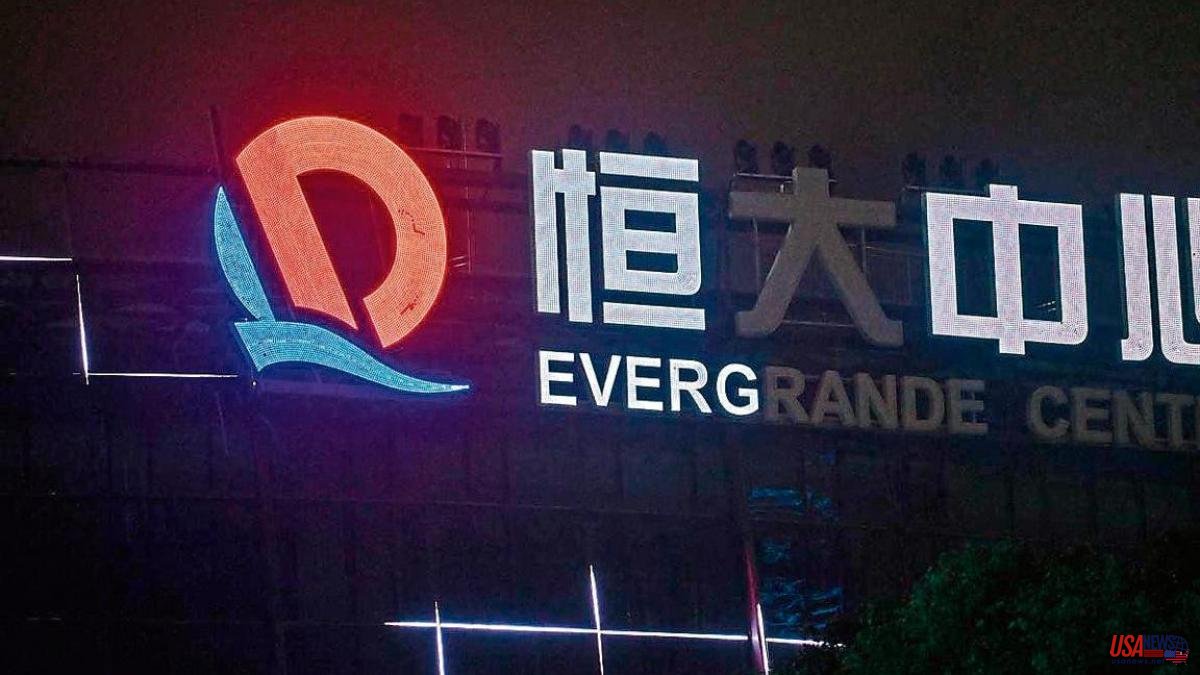 The giant loses its balance and staggers. The Chinese real estate developer Evergrande, a symbol of the crisis in the sector that China is experiencing, yesterday forced the resignation of its CEO and its financial director after an internal investigation implicated them in alleged irregular financing practices.

The departures of the two executives come at a time when the cash-strapped company is struggling to survive as it tries to reach a restructuring deal for its estimated $300 billion in debt. Evergrande is considered the most indebted property developer in the world.

Events were precipitated when banks unexpectedly seized 13.4 billion yuan ($2 billion) in bank deposits from its real estate services unit, Evergrande Property Services, a few days ago. The money was seized by the banks to use mortgage collateral so that third parties could obtain a bank loan, after which some borrowers did not pay it back.

According to the internal investigation, the funds obtained from the loan were diverted to the group through third parties and were used for the general operations of the Evergrande group. "In view of the context, the board of directors has decided to demand the resignation" of the director China Evergrande Group delegate Xia Haijun and CFO Pan Darong," the statement said.

The crisis that Evergrande is suffering is just the tip of the iceberg. For a few weeks, thousands of families across the country have started a kind of boycott – others call it a 'strike' or 'rebellion' – by which they refuse to continue paying their mortgage loans in the face of uncertainty about the future of their unfinished homes in the hands of developers and builders in trouble.

It is estimated that the break already affects some 300 real estate projects under development in 91 cities and that the total amount of these mortgages would be around 300,000 million euros (1% of mortgage credit). “The risk is that this situation could trigger a vicious circle of a new drop in home sales, more defaults or even bankruptcies of developers,” Société Générale warned in a note.

Talking about the Chinese real estate market are big words (it is said that between 2011 and 2013 China spent more cement than the US in the entire 20th century). The sector represents about 30% of the economy and 70% of the financial assets of citizens are parked in the brick.

The increase in the urban population – from 29% in 1996 to 60% today – leaves less and less room for growth. More recently, the coronavirus cooled the spirits for the purchase of a home as an investment.

The Communist Party does not want any shocks in a key political year – President Xi Jinping renews his post this fall – and is already taking action. For now, the Chinese banking regulator has sent reassurance messages that houses sold off-plan will be delivered. China could allow homeowners to temporarily suspend mortgage payments on stalled real estate projects without incurring penalties.

"I think the Chinese government has the will and the means to solve the problem and will probably take quick action," said Mark Dong of Minority Asset Management. The analyst expects state developers to step in and acquire troubled projects from their heavily indebted private counterparts, thus accelerating the consolidation of the sector. According to analysts consulted by Reuters, several companies that last year sold up to 90% of new homes before their construction was completed, may not survive.