The renewal of the CGPJ

The renewal of the General Council of the Judiciary (CGPJ) has become a crossroads of accusations between the Government and the opposition. 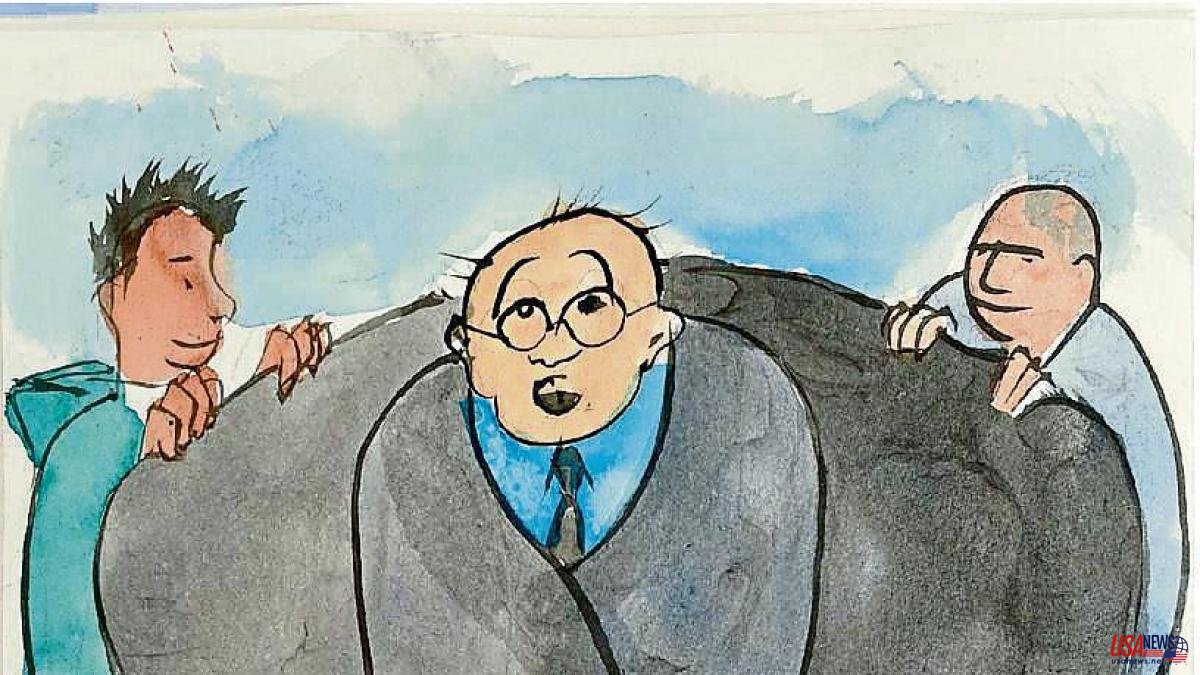 The renewal of the General Council of the Judiciary (CGPJ) has become a crossroads of accusations between the Government and the opposition. The former blames the latter for failing to comply with the Constitution by blocking the appointment of new members of that body. That raises the need to modify the current election system to effectively guarantee the independence of the CGPJ. This debate is extremely relevant. Apart from its conjunctural and/or partisan aspects, it is not a merely procedural or formal question, but rather a different vision of what the limits to the power of the majority should be in a democratic system.

Undoubtedly, any authority that does not emanate from the general will expressed at the polls is illegitimate, but that cannot give the majority the power to do what they want. This is the basis of all freedom and adopting the opposite position, no one should be fooled, constitutes the justification for any type of despotism as shown by extensive historical experience. This principle is the essence of the division of powers theorized by liberal constitutionalism since Locke and the institutional foundation of all democracies that deserve the name. It is quite surprising to have to remember it at this point in the 21st century and in a developed society such as that of the Spains.

In many democracies there has been an evolutionary process towards a growing fusion between the executive and the legislature, especially in parliamentary systems in which the government needs the confidence of the House or both Houses. This has not eliminated the control function carried out by the opposition in Parliament, but it has weakened its effectiveness, especially when the party that supports the executive has sufficient support to govern alone or through a coalition or a pact of stable legislature. In this scenario, justice constitutes the basic counterweight to prevent abuse of the ruler's power and guarantee the rights and freedoms of individuals. Therefore, their independence is essential.

The importance attributed to this fact is clearly reflected in the 1978 Constitution and in the reiteration in its title VI of the term judicial power with the clear objective on the part of the constituent to configure it as a different power and not subordinate to any of the other two. . The law of laws explicitly seeks that the independence of judges is not a mere rhetorical statement but a truth protected by the constitutional bastion. The emphasis on the independence of the judiciary was the response to those from the left who defended in the Constituent Courts an exercise of the jurisdictional function based on the so-called "alternative use of law" in which submission to the law depends on the ideological interpretation who has to apply it (Alzaga O., The Spanish Constitution of 1978, Editions of the Forum, 1978).

From this perspective, the people who make up the highest governance body of an independent power, the judiciary, should not be elected by the representatives of those other powers, legislative and executive, whose actions they must control and oversee. That elementary caution, of pure common sense, becomes more acute when the CGPJ has among its functions to establish the regime of appointments, promotions, inspection and disciplinary regime of the judges. For this reason, 12 of the 20 members of that constitutional body were elected by the judges and magistrates themselves from all judicial categories until the first socialist government approved a legal reform that granted the parties represented in Parliament the power to elect the whole. The enthusiastic celebration of that change is summed up perfectly in Alfonso Guerra's famous proclamation: “Montesquieu is dead”.

Despite what the Government maintains, this situation is anomalous within the European Union. In its Report on the Rule of Law in 2021, the European Commission demanded that a system be established in which the judges who are members of the Council are elected by their counterparts in line with European standards. According to them, at least half must be selected in this way. In the same direction, the Group of States against Corruption (Greco) has expressed its opinion, which also criticizes the absence in the regime of incompatibilities of judges and prosecutors of periods of incompatibility for those who have been members of the legislative powers or executive. For Greco, this situation raises questions both about the reality of the separation of powers and about the independence and impartiality in substance and form of judges and prosecutors.

In this context, the reasonable and balanced thing would be for the Government and the opposition to agree not to distribute the CGPJ, but rather that the procedure for electing its members conform to the recommendations and regulations in force in Europe and prevailing in all the states of the Union. European with two notable exceptions: Poland and Hungary. It is curious and even amusing that the current government coalition and its parliamentary partners align themselves on the issue of justice with two countries that they systematically accuse of being little less than fascists. The symmetry between the positioning of left-wing and right-wing populism on this matter is curious.

It is often said that corporatism in the judiciary is an unacceptable risk or, at least, dangerous. However, as Benjamin Constant pointed out, “esprit de corps is one of the best barriers against subservience to power or factions in a nation in which everyone is drawn into the dominant position.” Independence is necessary “so that a judge need not fear injuring, by judging according to his conscience, the authority under which he would find himself by reverting to being a simple citizen” (Constant B., Principles of Policy Applicable to All Governments, Liberty Fund , 2010).

For all these reasons, the Popular Party should only agree to return to a CGPJ whose members are chosen by the judges themselves. If you don't do it now, you will delegitimize yourself to do it later and you will do a dismal service to the rule of law.