The relationship between Messi and Mbappé is not in danger, according to Galtier

Leo Messi and Kylian Mbappé shared a good relationship before the World Cup in Qatar and the final won by the Argentines, despite the subsequent controversial celebration by some members of the champions, will not change anything. 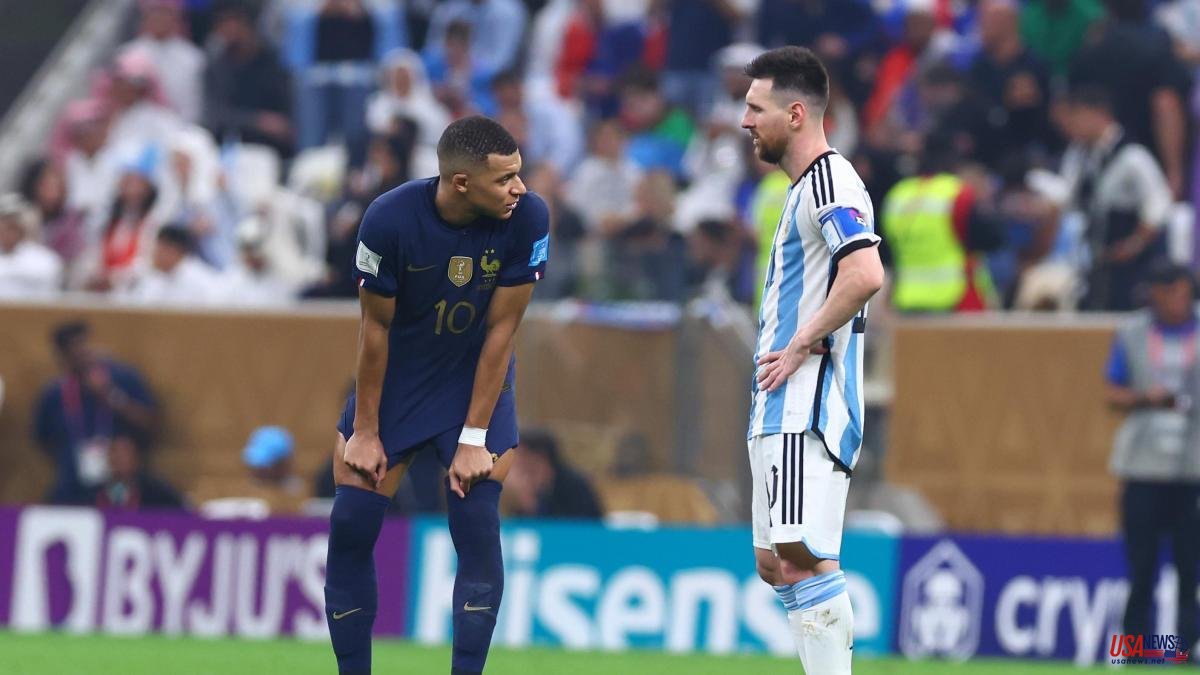 Leo Messi and Kylian Mbappé shared a good relationship before the World Cup in Qatar and the final won by the Argentines, despite the subsequent controversial celebration by some members of the champions, will not change anything. This is what his coach at PSG, Christophe Galtier, believes.

"I don't think there is anything. In the celebration of the Argentines, it is not up to me to comment on what the goalkeeper did," said Galtier, referring to the offensive gestures of Emiliano Dibu Martínez after winning the trophy and appearing on the street with a baby plastic in arms with an Mbappé mask.

"Leo did not have a bad behavior and in the four months that I have been here I think that the relationship he has with Kylian is good," he added. "The behavior of his goalkeeper is something else, I'm not going to comment on it. But Kylian had a good attitude, he was disappointed by the defeat but he went to congratulate Leo with a lot of class. I think that's good for the sport and for the team ", he assured.

He insisted on highlighting the attitude of the French striker on the pitch of the Lusail stadium after Argentina's victory in the penalty shootout in the final. "What I saw is that Kylian and Leo shook hands on the pitch. They are two players who respect each other a lot. I want to highlight Kylian's attitude, who went to congratulate Leo and the Argentine coach," he added.

Mbappé was the first to join the PSG discipline, even before Neymar, with more rest time after the elimination of Brazil in the quarterfinals. In the case of Messi, his return to PSG training "on January 2 or 3" is scheduled after a few extra days of vacation. The Parisian club's plan with Messi, with a contract until June 2023, is for him to continue and the negotiations are on track to come to fruition.

"Leo has completed a great World Cup. Due to his victory, he had to return to Argentina to celebrate it and we decided that he would take a break until January 1," said the coach, who added that the Argentine will have "thirteen or fourteen days of recovery." , before being operational.

Messi thus enjoys a longer vacation period than other World Cup players, including Frenchman Kylian Mbappé, who also played in the final and who, by his own wish, joined PSG training three days after it.

The coach indicated that they have planned a "differentiated" plan for each player who played in the World Cup, whether they are Messi and Mbappé, but also others like Achraf Hakimi, who reached the semifinals with Morocco, or Neymar and Marquinhos, quarterfinalists with Brazil.

He highlighted the World Cup for both, that they have played all the games and that, in the case of the striker, he was "the top scorer in the tournament" and the Moroccan "the best winger" and insisted that "we will find out when he can oxygenate his calendar for them to rest".

As for Neymar, he assured that he is "physically well", with the ankle, which forced him to miss a game in Qatar, "recovered" and "mentally well, eager to resume the competition".

He also assured that the Spaniards Carlos Soler and Pablo Sarabia and the Portuguese Vitinha are in good condition, "who joined training when scheduled."