The shock capacity that has been installed in the United States since the political landing of Donald Trump has no limits. 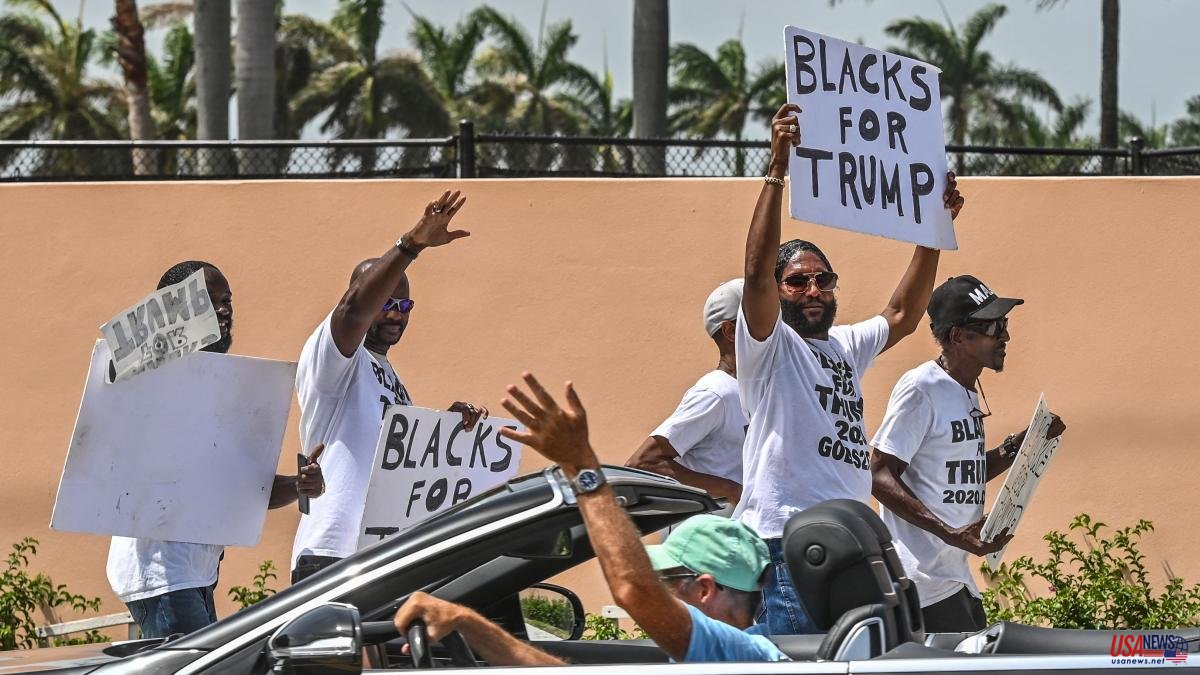 The shock capacity that has been installed in the United States since the political landing of Donald Trump has no limits. To infinity and beyond.

When anyone would think that the shock capacity had been exhausted after several years of going from tweet to tweet, from scare to scare, with the conclusion of an attempted coup (January 6, 2021), from the big lie that the November 2020 elections were stolen from him – it is still time for proof to be found – the former president shocked the country again on Monday night.

He sent a message in which he revealed the scoop that the FBI had searched his mansion in Mar-a-Lago, in Palm Beach (Florida). This unprecedented situation, and a clear sign that the investigations are intensifying, was motivated in principle by the search for classified documents that were taken from the White House. The agents seized "sensitive material" in the operation, he specified.

The unimaginable had happened. Trump denied the biggest and became the victim. He maintained that the Radical Democrats only want him to not be a candidate again. However, the result of this action may be the opposite and the closing of ranks around him may cause him to anticipate his official announcement that he will run for president.

"We'll know more, but this is the best day in a long time for Trump chasing his 2024 nomination," said Rick Lowry, editor of the conservative National Review.

"Another day in paradise, a strange day," Trump said Monday night. "We will not give in," he proclaimed in a campaign-style video he posted Tuesday. His team used the registry to raise funds.

The chorus of Republicans (notably absent, like Senator Mitch McConnell and his coterie) swarmed to their leader's defense, autocrat-style. They argued that an "armed politicization" had been carried out and, without any interest in the investigations, they denounced that this was the result of the sewers of the State. They demanded that an investigation be opened by the Department of Justice. Christopher Wray, director of the FBI, was appointed by Trump.

He even closed ranks Mike Pence, the former vice president who saved the electoral result and whom the trumpists wanted to hang that day in January. Pence insisted on partisan motivation. “This undermines confidence in our justice system, and urge Attorney General Merrick Garland to immediately explain to Americans why this action by the FBI is taking place,” he said.

In the reply, Democratic leader Nancy Pelosi did not go into details, although she clarified that "we believe in the rule of law." Others of her colleagues pointed out that the president has a solemn obligation to protect national security and that, in the event that Trump put it at risk, how he handled that information must be investigated.

This is an unprecedented police action. Historians do not recall such an initiative in the home of a former US president. No one is above the law, they recalled, least of all once out of office.

If that entry occurred, everything indicates that it was because of the documents. But without ruling out other lines linked to January 6, this means that prosecutors had to provide evidence in court and a federal judge granted the order.

Nobody believes that these prosecutors acted without the approval of Garland, head of justice. The White House claimed that Biden had no prior knowledge and that he found out through the media.

“If the entry into his residence is only to find classified documents that he took from the White House – indicated a legal expert quoted by Politico – Trump will be re-elected president in 2024 and it will be the biggest police error in history.”

But there was also an outburst of Democratic enthusiasm on Twitter after Mark Elias, an election lawyer for the Progressive Party, argued that any penalty for violating the statute on improper handling of government records disqualifies one from holding an official position in the US.

Then the euphoria was reduced, because it was recalled that in 2016, when Republicans, including Trump, considered it a serious crime that rival Hillary Clinton had revealed secrets with her e-mails on a private server, several experts indicated the right constitutional of the candidate to continue.

Trump had a habit in the White House of destroying official material destined for the archives. His habits included taking those classified papers that he shredded in his bedroom or flushed down the toilet.

The National Archives recovered fifteen boxes that were at Mar-a-Lago in February. As material continued to be missing, they complained to the Department of Justice. Last June, the FBI visited the room in the Florida mansion where there were more documents, but the return order was not executed. Although Trump said that they were negotiating – he attended some conversation – the investigators thought that there were no guarantees of its preservation, which precipitated the entry and search.

The former president lamented that “they have even opened my safe” and added that something like this, “typical of third world countries”, had never happened to a president of the United States. His son Eric, who informed him of the police entry (his father was in New York), described the operation as typical of "a banana republic." David Graham answered from The Atlantic. "In a true banana republic," he wrote, "he could expect to live with impunity as long as he could outwit his opponents... He often portrayed himself as some sort of warlord." And Graham stressed that, in a forthcoming book, Trump complained to his generals that they were not loyal like Hitler's.