The "referendum" between Meloni and Letta, the only face-to-face of the Italian campaign

Two radically different versions of the future of Italy have finally faced each other in the first – and for now, the only – debate of the electoral campaign for the September 25 elections. 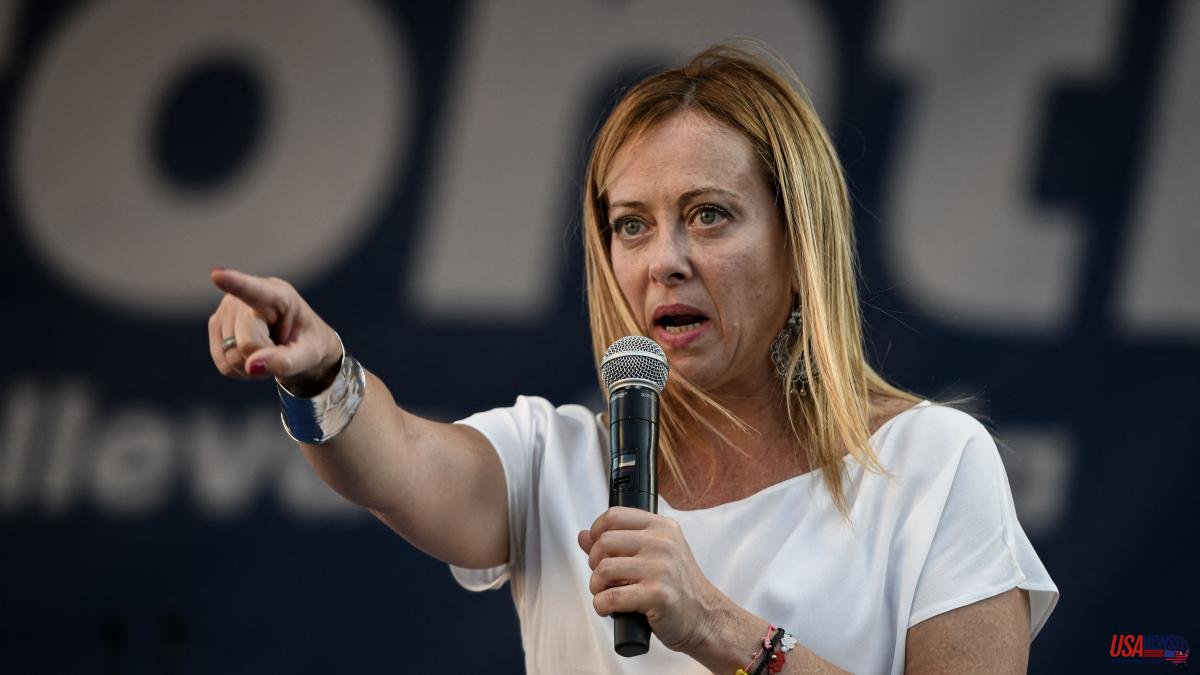 Two radically different versions of the future of Italy have finally faced each other in the first – and for now, the only – debate of the electoral campaign for the September 25 elections. Giorgia Meloni, leader of the Brothers of Italy, who is first in the polls, insisting that "the country, the family and the religious identity are fundamental" in her model of society. Enrico Letta, secretary general of the Democratic Party (PD), and second in the polls, accusing her of being a "denier" of climate change "just like Donald Trump or Jair Bolsonaro."

"This is a kind of referendum, a bit like when the United Kingdom had to choose between Brexit or remaining in the EU," warned the Social Democrat, who has focused his campaign on presenting himself as the only valid alternative to the right-wing bloc. The polls are very clear: the right-wing coalition led by Meloni could win resoundingly in the early elections, even the possibility of achieving 70% of parliamentary representation.

The only debate this campaign has not been on television. After many discussions about the format of a possible television fight and the possibility of including the rest of the matches, in the end Letta and Meloni have discussed in a sober face to face on the Corriere della Sera website, moderated not by a presenter but by the director of the newspaper, Luciano Fontana. In a paradigmatic image, another of those who are running for these elections, the representative of Acción, Carlo Calenda, was answering the same questions on his social networks.

After more than an hour and a half of debate, one of the few moments in which they have raised their voices has been when discussing the rights of homosexuals. The far-right maintains that they should not be able to abort because "children who have already suffered should be guaranteed the maximum, a father, a mother and the stability of the couple." Letta immediately jumped in: "No, children need love." One of the latest controversies in the battle towards the polls has been the request by Brothers of Italy to ban an episode of the cartoon series Peppa Pig in which an LGTBQ family appears.

For the rest, few Italians will have changed their voting intention in a format that has been useful to both to present themselves as the only two contenders at stake. Regarding Ukraine, Meloni, who in recent weeks has modified her speech to present herself as a moderate, has again guaranteed that under her command Italy will continue to support Western sanctions against Russia, despite the fact that her coalition partner, Matteo Salvini, advocates remove them.

Nor has there been any news regarding their radically different conceptions of Europe. Meloni has called for an EU with fewer powers "in which Italy can defend its interests." The Social Democrat has reiterated that the veto right "which countries like Hungary or Poland like and use it many times against Italy, such as when they opposed the recovery plan" should be withdrawn. “We want an Italy that counts in Europe, not that protests”, he remarked, citing again the country of Viktor Orbán, a close ally of Brothers of Italy.