The irregular immigration figures with which Spain has closed 2022 confirm the pronounced decline that the statistics have experienced since the end of the diplomatic crisis with Morocco. 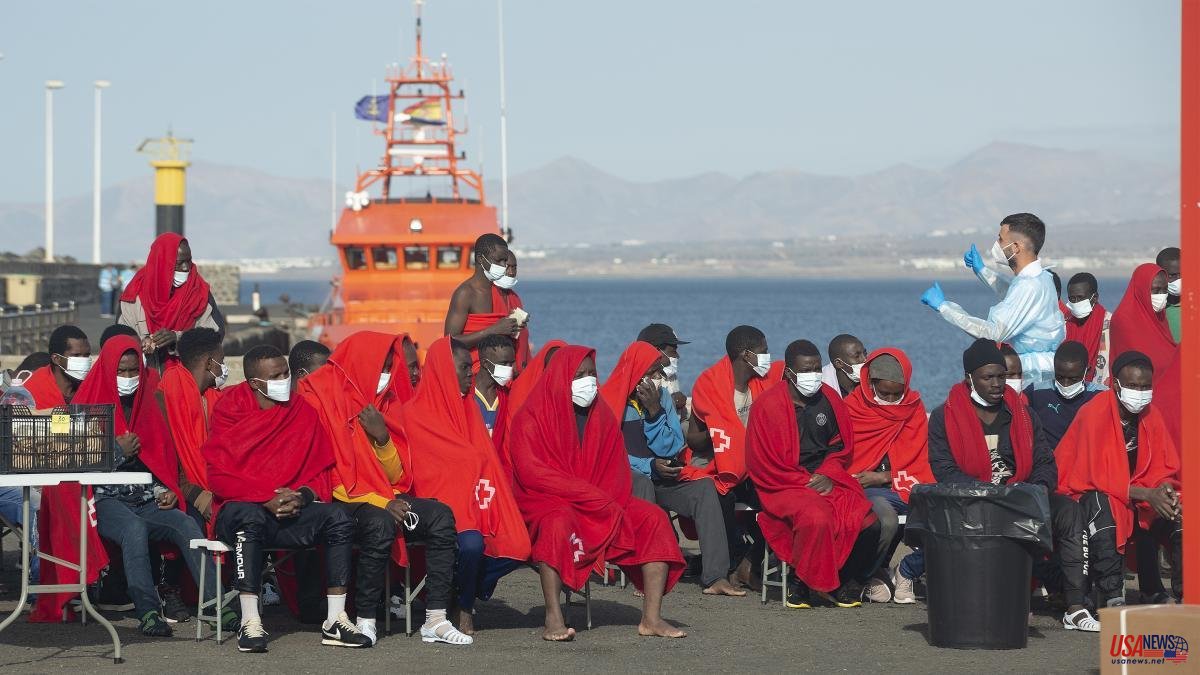 The irregular immigration figures with which Spain has closed 2022 confirm the pronounced decline that the statistics have experienced since the end of the diplomatic crisis with Morocco. Last year began with the arrivals of migrants -especially through the Canary route- growing by more than 70% compared to 2021. Some data that had all the alarms on. In April, after Madrid and Rabat signed their reconciliation with a new road map that emphasized the control of migratory flows, migrant arrivals began to drop significantly. According to the latest balance of the Ministry of the Interior, made public today, in 2022 31,219 migrants arrived in Spain, 25.6% less than the previous year. The lowest number for four years.

Irregular immigration in 2022 was marked by the significant decline in maritime routes, especially to the Canary Islands. Despite very specific peaks in the arrival of small boats, such as the one that occurred in mid-August in Lanzarote while the Prime Minister, Pedro Sánchez, was vacationing there, arrivals to the Canary coasts decreased by 29.7% compared to 2021. Last year, 350 boats arrived at the different islands, unlike the 542 that did so the previous year. Almost 200 boats less.

All the spotlights were on this route, the one that causes the most deaths at a European level. Immigrants leave from the kilometer-long Moroccan coast, so collaboration between Spain and Morocco plays a fundamental role in trying to prevent mafias from throwing boats into the sea. There were not a few who warned that Morocco was using immigration as a political instrument to put pressure on Spain. Police sources assure that since the thaw materialized, the pressure of gendarmes on the Moroccan coasts intensified considerably. And these data confirm the collaboration. Interior estimates that 40% of departures at origin are currently being prevented thanks to joint work.

Numerous voices warned after the reconciliation with Rabat that Algeria could retaliate in the matter of irregular immigration. It is from this country, as well as from the North of Morocco, from where the migrants who intend to reach the peninsula or the Balearic Islands leave. The data published by the ministry headed by Fernando Grande-Marlaska do not confirm these predictions. The arrivals of immigrants to the peninsula or the Balearic Islands have also decreased by 24.7%, almost 4,000 people less than in 2021. As for boats, 14% less. Specifically, the Algerians who arrived in Spain last year were no more than 8,000 while in 2021 11,000 did.

Elena Garzón, general director of International Relations and Immigration of the Ministry of the Interior, explains to La Vanguardia that the key to the descent – ​​which makes the route to Spain the only downward route in the European Union – is cooperation with the countries of origin and transit focused on three areas: political, operational and financial, placing all the emphasis on prevention at exits. Garzón details that in recent years the network of joint teams and operational associations have expanded to join efforts in the fight against mafias and border control.

In October, the Council of Ministers approved a €30 million aid grant to Morocco to try to stop criminal organizations. It was the fourth direct aid of this type granted to Rabat since Pedro Sánchez arrived in Moncloa. In addition to countries such as Senegal, Mauritania or Algeria, Garzón points out that Morocco is Spain's priority partner in terms of immigration, but as it is also with respect to other key issues such as the fight against terrorism.

Arrivals by land have increased, but the absolute data does not alter the general decrease, since no more than 500 more immigrants arrived irregularly than the previous year through Ceuta and Melilla: 2,210 compared to 1,738. In this case, the drama materialized in the massive jump over the Melilla fence in June that ended with at least 23 migrants dead after an avalanche at the border crossing.

The control of migratory flows will be one of the issues that will be on the table at the High Level Meeting (RAN) that Spain and Morocco plan to hold between the end of this month and the beginning of February. This meeting at the highest level in which both presidents of the government participate, accompanied by different ministers, has not been held since 2015. The last one that was intended to be held was in 2020 but was postponed due to the coronavirus pandemic; In 2021, relations between neighboring countries were experiencing moments of tension after the entry into Spain of the leader of the Polisario Front, Brahim Ghali. In the next meeting, the objective is to advance in the road map that was agreed in March after the Spanish Government expressed -in a total turnaround- that the Moroccan autonomy proposal for Western Sahara was the "most serious basis, credible and realistic” for the resolution of the conflict.