The rebirth of the National Library of France

Umberto Eco said, as a tribute to Borges, that the most finished way of cultural representation of our world is library catalogues, an idea that becomes Cartesianly evident when entering some of the excellent libraries that any spleen finds in Paris. 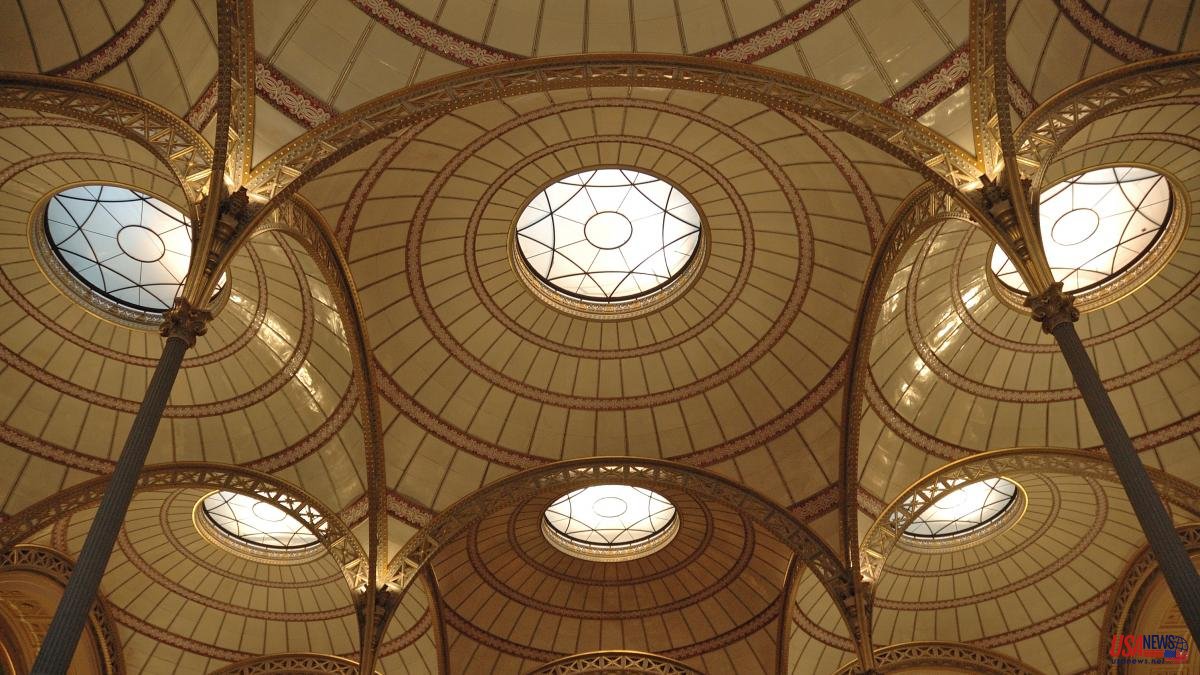 Umberto Eco said, as a tribute to Borges, that the most finished way of cultural representation of our world is library catalogues, an idea that becomes Cartesianly evident when entering some of the excellent libraries that any spleen finds in Paris. A few weeks ago, after ten years of work, on September 17, the doors of the National Library of France, the BNF, were reopened in its historic location at 58 rue Richelieu/5 rue Vivienne, a neighboring building the Gardens of the Palais Royal. The authorities made the opening coincide with the third centenary of its foundation by Cardinal Mazarin, who, in 1722, had decided to move the Royal Library, which had moved from the Louvre, Blois or Fontainebleau to the current palace in order to extol the letters that, as Bacon said in the New Atlantis, cross the vast seas of time.

Those who visited the library that day must have been plunged into deep satisfaction. Its vast collection responds punctually to the stages of a history of France as a history of the power of its kings, since Carlos V in 1368, in the middle of the Hundred Years War, created a collection where the famous writer Christine de Pizan is known to have worked; This collection was followed by others such as those of Louis XI and Francisco I in the midst of the Renaissance, or those of Louis XIV, the Sun King. In 1795, during the days of the Revolution, the Royal Library was renamed the National Library of France. And so until today.

Inside the building, the disconcerting constructive marvels of the brilliant architect Henri Labrouste multiply: we are in the urban transformation of Paris during the Second Empire of Napoleon III, under the initiative of Baron de Haussmann and his search for a city of light where iron and steel glass mark the direction of the buildings, be they railway stations, warehouses for the bourgeois middle class or the central market. The keys to the design of the National Library can be deciphered by the pure logic of that historical moment. It is enough to stop at the various rooms that set these ideals, the Labrouste room (which also houses the INHA library), the Engravings room and the Oval room.

The reading room, called the Labrouste room in honor of the person who built it, is a superb example of 19th century iron architecture. Its more than 1,150 m2 are covered by nine domes, decorated with ivory and gold ceramic friezes on a red background, which divide the space without reducing it. The metal support structure is independent of the masonry. Sixteen cast iron columns, 30 cms. in diameter and 10 meters high, support the vaults. The upper part of each vault is formed by a round skylight: overhead lighting is distributed throughout the room without generating projected shadows. Three large windows that overlook the north patio and the flat glass roof that covers the hemicycle also provide light. The religious aspect of the place is accentuated by the calm and clear corridors, like those of those basilicas lost in the woods, evoked by Desgoffe's landscape paintings.

De Labrouste is also the reading room of the Department of Engravings that covers part of the patio. His first project, studied in April 1859, is quite similar to the one we know, except for one essential point, the roof of the workshop: the flat glazing, made of iron and glass, only later adopted the current shape of the famous domes. . The work ends in a hemicycle, between the shops and the lobby.

But not all his work was limited to the National Library, he also took charge of the remodeling of the Sainte Génèvieve Library, in the Latin Quarter, located on the old sixth-century basilica dedicated to the holy fathers and from where Saint Genevieve faced Attila himself when he besieged Lutetia in 451: Labrouste chose to leave the structure of the building visible, being the starting point of modernity in architecture moving away from the neo-Gothic solutions of Viollet-le-Duc in Notre Dame. The first stone was laid in August 1844 and it opened its doors on February 4, 1851.

When he died in 1875, those whirlpools of life that gave Paris its current profile had already been lost, although there was still much to do on the lots adjoining the National Library. In fact, in 1878, the state acquired four houses that were on the Vivienne square. His land allowed the construction of new spaces, necessary due to the increase in library funds. So in 1890 it was decided to build the Oval room. It was started in 1897 by Jean-Louis Pascal, although the works were not completed until 1932 by Alfred Recoura; It was inaugurated until December 15, 1936 by the President of the Republic Albert Lebrun, a space that the press described as the "oval paradise of Paris".

A large ellipse covered by a glass ceiling, with a major axis of 43.70 meters and a minor axis of 32.80 meters. Remarkable for its height of 18 meters, the room is dominated by a central glass ceiling surrounded by sixteen glazed œil-de-boeuf windows. In addition to the reading area, the glass ceiling light illuminates the three floors of shelves in the gallery and the basement store, the Pascal Crypt, thanks to a glass tile floor, now covered with carpet. The large iron balconies with slatted floors facilitate movement and consultation of the collections kept in the galleries.

At the end of the visit to these libraries, we realize that the passerby in Paris has acquired a mental image of the place to which he likes to belong, since this taste has created for him the repertoire of "vivid images" that Roland Barthes speaks of. with which to move in the multicultural sea of ​​our days.