The re-elected president of the Valencia Chamber asks for a

The businessman José Vicente Morata took advantage of his re-election speech yesterday as president of the Valencia Chamber to ask for a consensus around "vital infrastructures, such as the railway corridors and the Port, which needs the agreement, calm and calm, of the whole society". 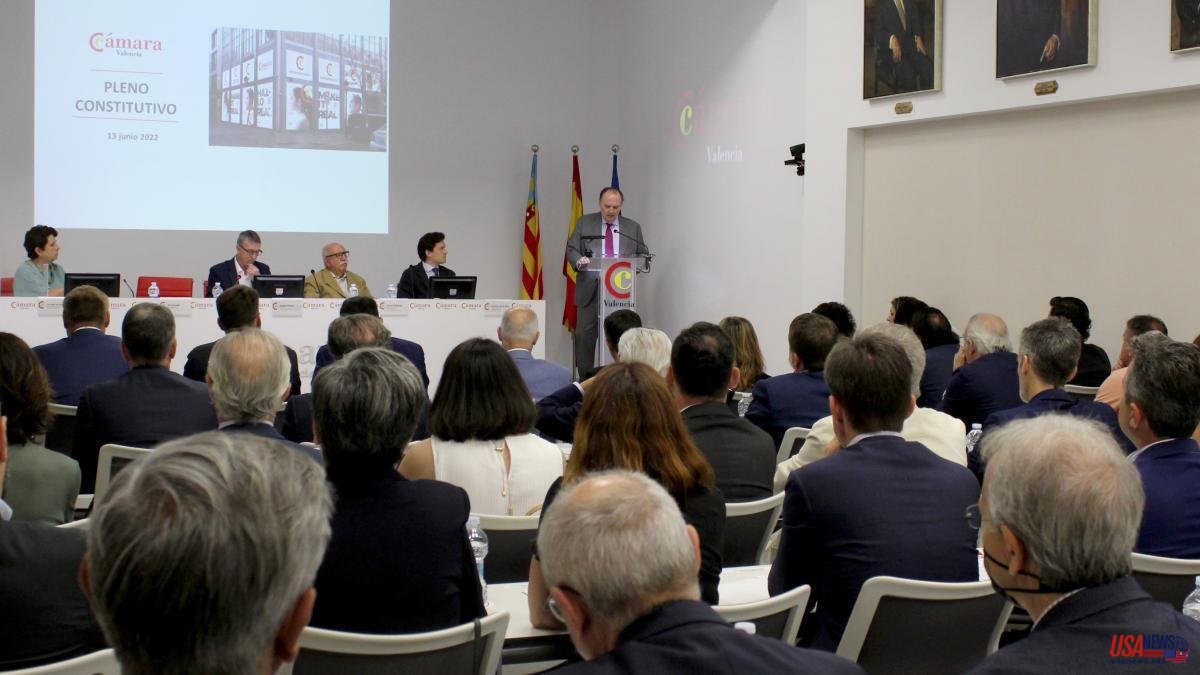 The businessman José Vicente Morata took advantage of his re-election speech yesterday as president of the Valencia Chamber to ask for a consensus around "vital infrastructures, such as the railway corridors and the Port, which needs the agreement, calm and calm, of the whole society".

In the presence of the Minister of Economy, Rafael Climent, who chaired the session, Morata glossed over the benefits of the Valencian economy -"it has the opportunity to be the main logistics hub in southern Europe"-, but recalled that companies face " a scenario of increased costs, difficulties in certain supplies, and high inflation - the highest in 40 years - with rising financing costs". All in all, José Vicente Morata wanted to be optimistic, so he encouraged the business fabric to continue working despite the difficulties.

The businessman, who comes from the furniture and wood sector, was re-elected at noon yesterday as president of the Valencia Chamber in a quickly executed session in which he won the presidency, for the third consecutive term, with 49 votes in favor.

They also form part as vocal members of the Plenary, which is made up of 40 elected members, 12 voluntary contribution companies and 8 people "of recognized prestige" in Valencian economic life.

Likewise, José Vicente Morata showed his "commitment" to the 182,851 companies in the province of Valencia. “The Chambers want to be an instrument of collaboration, putting our experience, capillarity and proximity to companies at the service of society, supporting them to achieve their objectives”.

In general, Morata assured that his confidence is based on "the ability of companies to fight against adversity and overcome difficult situations." An economic context that did not avoid mentioning the Minister of Sustainable Economy, Rafael Climent, who recalled the sending of the letter that he has made to the central government to summon the autonomous communities to report on the economic impact derived from the situation in Algeria.

"We need a better diplomatic and serious response," said Climent, who explained that the Valencian Community is the second most exporting Spanish region with this African country.

The Valencian Community is the second largest exporting autonomous community to Algeria, with 23% of the total, and is only preceded by Catalonia, with 32%. According to Economy figures, in 2020 there were a total of 132 Valencian companies that exported to Algeria.