The rapper Pablo Hasél has sat this Wednesday on the bench of the Provincial Court of Lleida accused of public disorder and attack against agents of the authority, damages and injuries in a protest of March 2018 in Lleida against the arrest in Germany of the former president of the Generalitat Carles Puigdemont. 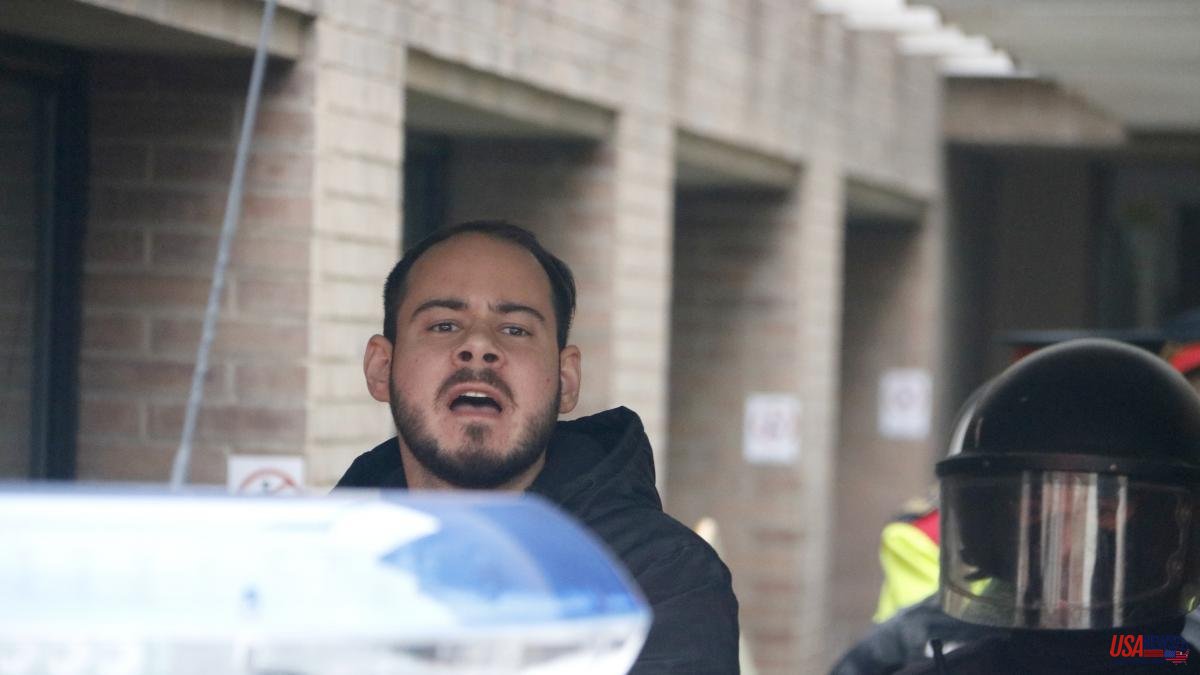 The rapper Pablo Hasél has sat this Wednesday on the bench of the Provincial Court of Lleida accused of public disorder and attack against agents of the authority, damages and injuries in a protest of March 2018 in Lleida against the arrest in Germany of the former president of the Generalitat Carles Puigdemont.

This morning the first session of the trial was held, which will continue today, in which Hasél has appeared together with ten others accused of the same crimes for which the Prosecutor's Office requests five years and three months in prison (for him six more months for recidivism in attacking authority).

The singer has been in prison since February 2021, when he was arrested to serve the sentence imposed by the National Court for glorifying terrorism and insulting the Crown.

Although the defendants were expected to testify today, at the request of the defenses, the courtroom has postponed the statements until Thursday and has advanced the five agents of the Mossos d'Esquadra, of which two declared that Hasél did not cause aggressions although he did incite participants. "He didn't attack anyone, Pablo Rivadulla (it's the rapper's last name) was one of the instigators, he said 'We have to go in' and 'Shitty Nazis.'

"We agents could have gotten out of there lynched," said one of the policemen, and recounted that until then no salvoes had been fired in Lleida to disperse the protesters.

A sergeant has pointed out that a protester who is not charged because he did not identify himself while the procedure was open was the one who hit the agents the most: an individual wearing a motorcycle helmet incited and attacked, handing out what is not written there ”.“They took glass bottles, drink cans and eggs out of backpacks to later throw these objects against the façade of the sub-delegation and the agents”.

This Wednesday's session ended with applause from members of the Ponent Anti-Repressive Platform after one of its members shouted: 'Freedom Pablo Hasél. Total amnesty' and with the tears of the rapper's mother.

Before the trial, around twenty people gathered on Avinguda Francesc Macià to support the defendants, including fathers and mothers like Pablo Hasel's mother.

During the day, the Platform has organized talks and actions in support of the defendants whom it calls 'the eleven of the sub-delegation'.

The president of Òmnium Cultural, Xavier Antich, has come to Lleida to support the defendants and has asked for their acquittal and the freedom of Pablo Hasél. "There is a systematic dripping of a repression that does not stop, which already adds more than 4,200 reprisals," said Antich.