'The raft of the Medusa' in a Flemish sea

Théodore Géricault painted The Raft of the Medusa in 1819, the painting quickly becoming an icon of Romanticism. 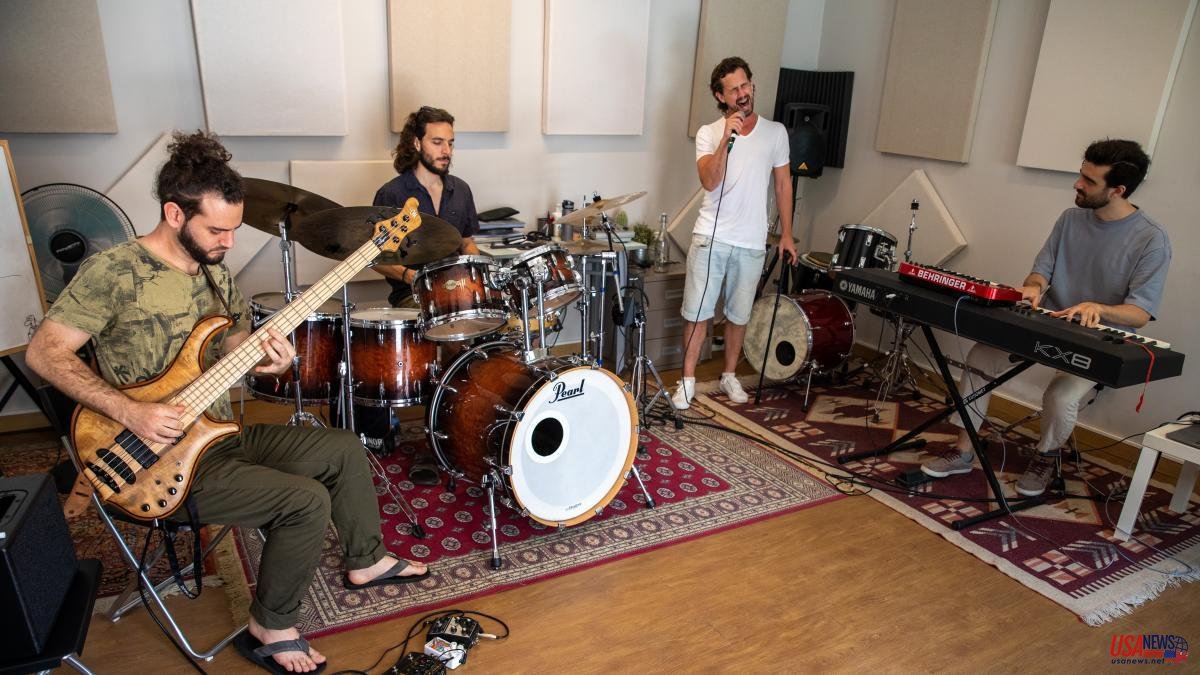 Théodore Géricault painted The Raft of the Medusa in 1819, the painting quickly becoming an icon of Romanticism. The recreation of that shipwreck referred to real events –the sinking of the frigate Méduse–, and collected some of the essential elements of human life as tragedy: suffering, madness, death… But it also hid a message of rebellion: denouncing an event in which the ship's captain's incompetence proved fatal. Now, two centuries later, Géricault's painting is the metaphor of the world that the musical group Los Aurora has appropriated to inspire their new work, an album called precisely La balsa de la Medusa and which will be presented in Barcelona by next week, as part of the Ciutat Flamenco festival, although the album won't be released until after the summer.

Los Aurora is a group that emerged a little over five years ago at the Taller de Músics in Barcelona, ​​whose work has revolved around flamenco from the beginning but always with a desire to transcend borders. Pere Martínez (singing), Max Villavecchia (piano), Javi Garrabella (bass), Joan Carles Marí (drums) and José Manuel Álvarez (dance) already left evidence of this on their first album, Aurora (2017), in which it resonated especially the meeting of flamenco with Manuel de Falla, García Lorca and jazz. When the time came to consider what they wanted to explain in a second work, the first thing that appeared –say Pere Martínez and Max Villavecchia between rehearsals and gigs abroad– was “the concept of the night and what the night and the dark moments represent, related to the pandemic we were experiencing but also, with more perspective, about what is happening politically, a moment of darkness, in which the most banal things go above culture. And that idea took shape when the composer Enric Palomar, who had already participated in the gestational impulse of the group, suggested to them the idea of ​​Géricault's painting and how that painting "was made at a time when miseries were not made public and the disasters of what politics did”.

With the painting of the shipwreck in mind, they begin the search for lyrics that refer to that idea, which is political but also personal, lyrics that speak of how one can let oneself die in processes that do not work but that also express the possibility of being reborn. “We wanted a path of hope to be seen.” The same, perhaps, that is glimpsed in Géricault's painting with the light that appears on the horizon and the tiny figure of a boat that, perhaps, comes to the rescue.

All those lights and shadows were found in García Lorca –again– and in Machado, Neruda, José Martí, Homer, Cavafis, Dante and a single contemporary, the Cuban Rogelio Martínez Furé. With his verses they have elaborated a dozen compositions, mainly the work of Villavecchia and Garrabella, although rounded off in a joint contribution. The result is a dense album, with an abundance of long songs, which run almost like small suites, between storm and calm; an album in which they have been carried away by much more rock sounds than those that captivated in his first album. A Morentian record? Omegariano, points out cantaor Pere Martínez, “because Morente's oeuvre is very extensive”. With Omega, the album by Enrique Morente and Lagartija Nick from 1996, the new work by Los Aurora “connects three things: cante, poetry and a more rock sound”. And the conjunction of these three elements, consciously or unconsciously, is what they were pursuing.

In the wake of Omega, this La balsa de la Medusa seeks its course between classicism and experimentation. Without giving up Falla, or even Chopin (in Aire de noche), but without giving up those echoes of Andalusian rock, or a certain psychedelia. And of the Morentian. Or the jazz that was always theirs. Possibly a good summary of all this is the almost ten minutes of Rhapsody to Odysseus. "A theme that contains enough of the aesthetic will that we have been looking for, mixing classic things and other more modern ones." There are the verses of Homer and those of Cavafis. And the collaborations of Tarta Relena or Niño de Elche.

Los Aurora say they are aware of not being "in the mainstream of what is heard now." Also that they don't care if they're losing flamenconess or not. They are still, they say, at a point of departure, not of arrival. Guided perhaps by the verses of José Martí that have been collected on his record: “I have seen in the dark night / rain on my head / the rays of pure light / of divine beauty”.