The RAE and Amazon join forces to

"Taking the pulse" of the wealth, errors and foreign words used in the Spanish language on the Internet through the analysis of eight million documents is what the new tool created by and for the Royal Spanish Academy (RAE) will do by Amazon Web Services. 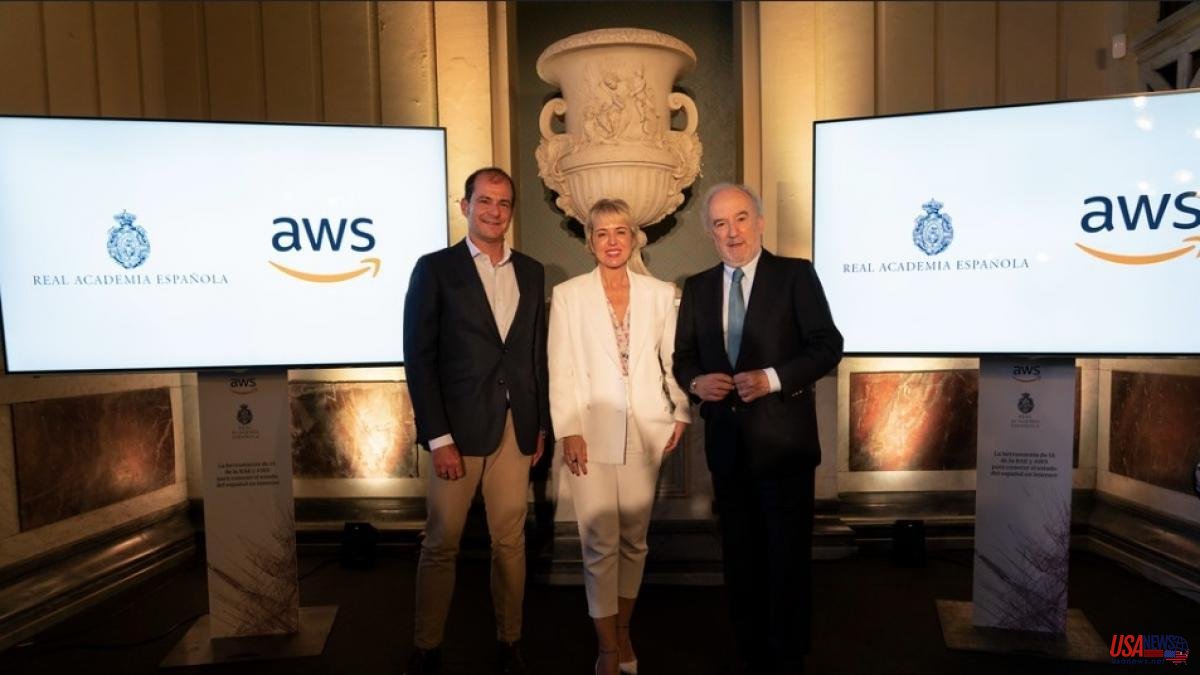 "Taking the pulse" of the wealth, errors and foreign words used in the Spanish language on the Internet through the analysis of eight million documents is what the new tool created by and for the Royal Spanish Academy (RAE) will do by Amazon Web Services.

"We are in a refounding moment of language care that is caused by the great revolution in artificial intelligence (AI)," said Santiago Muñoz Machado, director of the RAE, during the presentation today at the academy headquarters. "We want to know what difficulties we encounter with the use of the language on the Internet, and we did this by hand, but this tool will allow us to do it automatically."

This collaboration between the two institutions is part of the Spanish Language and Artificial Intelligence (LEIA) project and it seeks to apply artificial intelligence to our language to analyze its current situation, take care of its use and ensure the unity of the language. in all areas, especially digital.

"The machines that have begun to speak are a danger because we do not make ourselves understood with them and what we are doing is contacting the technology companies to tell them that it is necessary to put the machines in accordance with the RAE," he clarified. Munoz Machado.

Although it is still in the process of "improvement", the director of the RAE has reported that "before the end of the year" the result of the study of the "quality of Spanish on the Internet" will be known.

In the words of Miguel Álava, general director of Amazon Web Services in Spain and Portugal, it is an "innovative tool" that can lead to the processing and analysis of documents in Spanish, and that to date has worked with more than eight millions of documents.

"Thanks to this tool, the RAE can immediately study linguistic errors on the Internet or the use of foreign words. The objective is to apply AI to take care of our language and that it continues to evolve to new uses," Álava said.

According to Carlos Carús, technology director of Amazon Web Services, this tool focuses on three elements: lexical richness (adjectives, nouns, adverbs and verbs); linguistic errors of punctuation, spelling and inconsistency; and foreigners. And, to give an example, among the most used foreign words on the internet is the word stop.

Carme Artigas, Secretary of State for Digitization and Artificial Intelligence, also took part in the event, asking technology companies to extend this analysis of Spanish on the internet to social networks, as well as to incorporate "more elements such as the detection of biases".