The radical teachings of bell hooks

"By chance I am grateful for three gifts:. 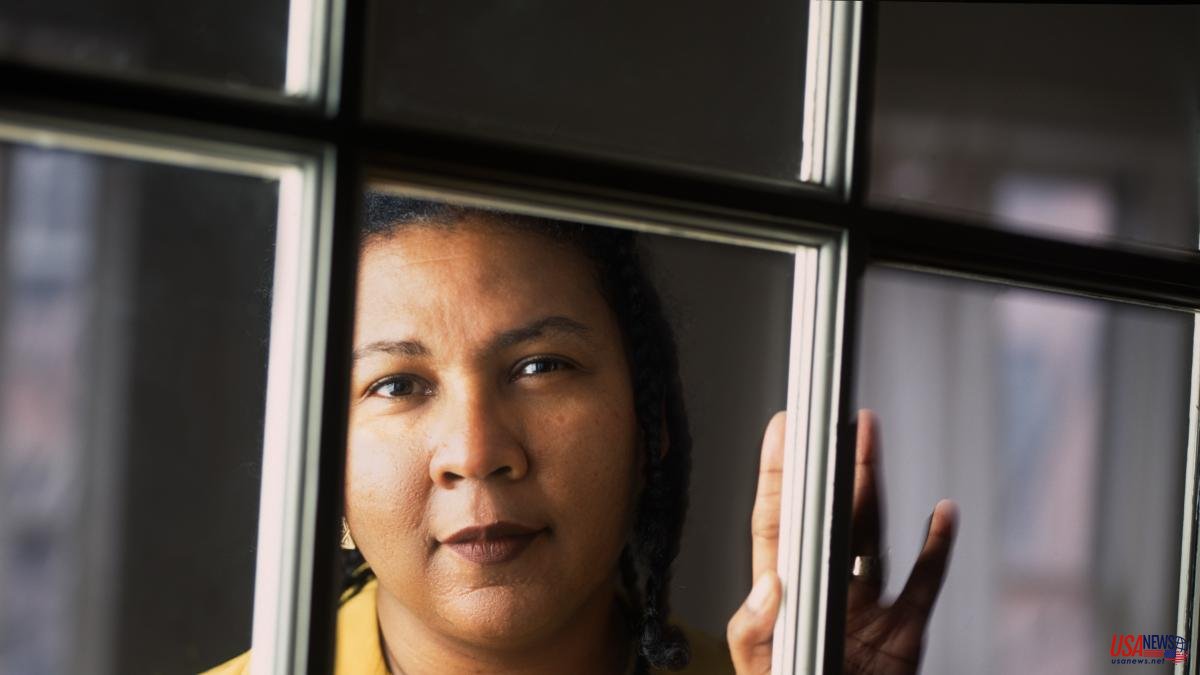 "By chance I am grateful for three gifts:

And the murky azure of being three times rebellious ”.

(Divisa, by Maria-Mercè Marçal; in Luisa Cotoner's translation: "At random I am grateful for three gifts: being born a woman, / of a lower class and an oppressed nation. // And the murky blue of being three times a rebel".)

If instead of the oppressed nation he talked about race, the rest of the world might think that bell hooks had written it. Yes, like this, lowercase. Whose? bell hooks, pedagogue, writer and radical feminist and anti-racist activist, who was born in 1952 and died last december. Just then, the editorial Rayo Verde had in its hands the galley proofs of Teach critical thinking (translation by Víctor Sabaté, also in Catalan translated by Josefina Caball), one more stone to publicize the work of this author who seems more fundamental every day.

And it is that if a few years ago hardly any essay had been published, since 2020 a dozen between Catalan and Spanish have been published. Thus, for example, Consonni produced Am I not a woman? (translation by Gemma Deza Guil) in 2020, the same year that Traficantes de Sueños published Feminist Theory: from the margins to the center (trans. Ana Useros Martín). Last year new titles were added by the publishers Paidós, Bellaterra, Capitán Swing or Tigre de Paper, which begin to trace the weight of his work, which revolves around the concept of the intersectionality of race, gender and class as factors of oppression . At the same time, however, in addition to criticism, she works to plant the seeds of solutions, with education as one of the main tools.

Thus, this Teach critical thought, originally published in 2010, is the third in his teaching trilogy, which had begun in 1994 with Teach to transgress (Capitán Swing, 2021, trans. Marta Malo).

Born Gloria Jean Watkins, bell hooks adopted a great-grandmother's name, writing it in lowercase to emphasize "the substance of the books, not who I am." Growing up in a poor black family, still racially segregated, led her to study to be a teacher, and along the way she grasped the inequalities of the system, and how education had become a path to accepting the discourse of domination. The book is not intended to be a manual on how a good teacher can teach critical thinking, which too, but through his personal experience breaks down into 32 sections different complementary teachings that seem to be intended for teachers but that easily strip the reader of their own prejudices and biased views. It deals with the critical thought of the title (which ends up being a transversal issue) to democratic education, decolonization, the feminist revolution, spirituality, going beyond race and sex, talking about sex or practical wisdom. And she places herself as a mirror, because she asks for the passage from thought to action, as an organic whole. hooks confronts the seams of the system, but from inclusion and dialogue, individual responsibility and, especially, love understood as a tool for transformation to create a just and dignified world.

The editor Laura Huerga believes that now for some time now "his intellectual work has been vindicated, in part because other voices are sought, non-male, non-white, that offer other views, and his has been a particularly luminous discovery" . In Catalonia, racialized activists are also contributing to his knowledge, but not only, as was seen recently when the Ateneu Barcelonès dedicated a tribute to him with the participation of Desirée Bela, Laia Jubany, Laura Huerga and Maria Bouabdellah. There, Bela recalled that hooks also speaks of other black feminist referents, it does not stand as a single voice, but as a chain of transmission. Jubany, on the other hand, insisted, among others, on the inclusion of men in the feminist struggle, from a "joyful revolution."

Given the current explosion of editions, it is easy to wonder how it could be so invisible. Huerga is clear about it: "Because she was a black woman who worked in second-class schools (although she was wanted)". But it is a referential voice “precisely because the issues it raises are universal, oppressions, forces of power and hierarchies are transversal, but also the solutions it proposes: the recognition of the other, the gaze of equals, and everything that can be approached from love, in quotes and in a very broad sense”. “In the end – Huerga concludes – what moves towards polarization, and what feeds the extreme right is this defense of the individual, and of hatred of the other. She precisely stimulates critical thinking, the difference of opinions and the debate to approach and reach new places”. More books, more free, more critical thinking.