The Queen of the world

Thirty seconds after seeing the “news flash” on the BBC website announcing the death of the Queen of England, I received a text message from a Nigerian friend. 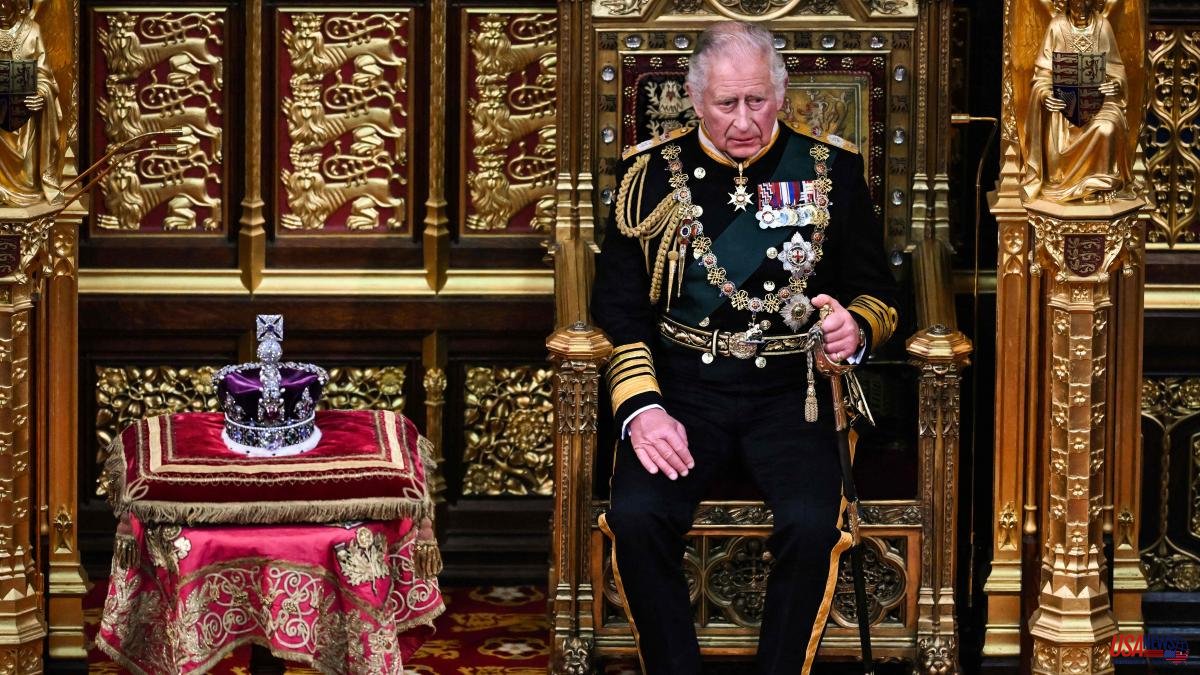 Thirty seconds after seeing the “news flash” on the BBC website announcing the death of the Queen of England, I received a text message from a Nigerian friend. "I feel strangely sad," he wrote from Lagos, "and I consider myself a Republican."

The British, the vast majority of them, will feel even sadder. From the Scottish separatists to the most Tories, going through the occasional radical on the left, everyone will feel a bit –or in some cases, very much- orphaned. Queen Elizabeth II was the nation's mother, then grandmother, for 70 years. From a distance, she produced a magical effect on her subjects, to whom she transmitted, as if by invisible rays, a sensation of emotional comfort and family stability that they will miss a lot today. And that she will value herself more now that she is gone.

For me, half British and half Spanish, it is affecting me more than I expected. The British monarchy had always struck me as a semi-comic historical aberration. It neither goes nor comes to me, he had always said. He thought he watched her with nothing more than anthropological coldness, fascinated by how, long before 'The Crown,' it had become the longest-running international soap opera in history. And the truth is that the rest of the Queen's family - with the possible exception of the future queen, Camilla - will continue to seem to me, I think, stiff characters, or bland, or clownish. (Hello, Harry and Meghan.) But she has been such a constant presence since the day I was born, so present even though she was only in the shadows of my unconscious, that her sudden disappearance leaves me with an unexpected hole.

The curious and tremendously interesting thing, returning to the more comfortable role of journalistic observer, is that I believe that this sense of loss will reach every corner of the earth today. The reaction of my Nigerian friend will be shared not only in the former British colonies, of almost all of which Elizabeth II was also queen when she took the throne in 1952, but also in Argentina, in Japan, in Bangladesh, perhaps in Russia and surely in Spain, as in the rest of Europe.

A Spanish friend told me this afternoon, she was not a monarchist at all, that the queen of England was “the queen of the world”. An exaggeration at first glance, but I started to think and saw that there was some truth to it. No one has monopolized the role of "queen", no one has defined her role, like her. Part of it has to do with her longevity as head of state, unmatched anywhere today or ever. But also because she had the wisdom to keep quiet, not to reveal her opinion about politics, music, movies, soccer, or anything else. She maintained the mystique of the monarchy and let anyone project whatever image of her they wanted. To such an extent that when the Scottish independence referendum was held in 2014, almost the only thing that all Scots agreed on was that, whatever happened, they wanted Elizabeth II to remain their queen.

What if she was Labor or Conservative? No idea. What if she supported Brexit or not? She didn't know. What if she liked the Beatles or Elton John or (less likely) the Rolling Stones? It is not known. What if she was her from Tottenham or Manchester United? Either. What was her opinion of Donald Trump or Vladimir Putin or Margaret Thatcher or Ronald Reagan? We will never know. She was above all that, or was the impression she gave.

In this recent era, towards the end of her reign, when it seems that everyone, from the most famous to the most unknown, is going out of their way to attract attention on social networks, or wherever, she is always quiet. And despite that, perhaps because of it, she was by far the famous, the celebrity, number one in the world. I usually explain it this way: If Beyoncé or Michael Jordan or Brad Pitt had invited her to dinner at her house, she would have politely replied that thanks, but no thanks. If she had invited Beyoncé or Michael Jordan or Brad Pitt to her palace for dinner, they would have caught the first plane.

The Queen had no political power, but she had a great influence on the hearts and minds of millions and millions of people from all continents and all colors. I knew Nelson Mandela well. He adored her. She was his queen. I remember that a month after the historic moment in which Mandela assumed the presidency of his country, there was a ceremony at the British embassy in Pretoria to celebrate Elizabeth II's birthday. Mandela was among the guests but no one thought he would have the time to attend. He came. I heard the ambassador tell him that he was surprised she had bothered. Mandela looked at him in astonishment. "What? Not coming to celebrate the queen's birthday? Please! What is she telling me?"

In the end, perhaps the most lasting memory of the Queen of England is something that my Nigerian friend pointed out in a second text message. “Before the madding crowd, what I highlight is her dignity.” Correct. She never whined; she never complained. A monarch, if she wants to be taken seriously, must be a dignified person, exquisitely dignified. Elizabeth II was.