The Queen of the Sex Pistols

One of the things that caught the attention of those who took refuge in Spain in the 1980s after leaving Margaret Thatcher's United Kingdom was to see, from a distance, the aggressiveness of the media campaign against Elizabeth II, led by right-wing tabloids such as The Sun. 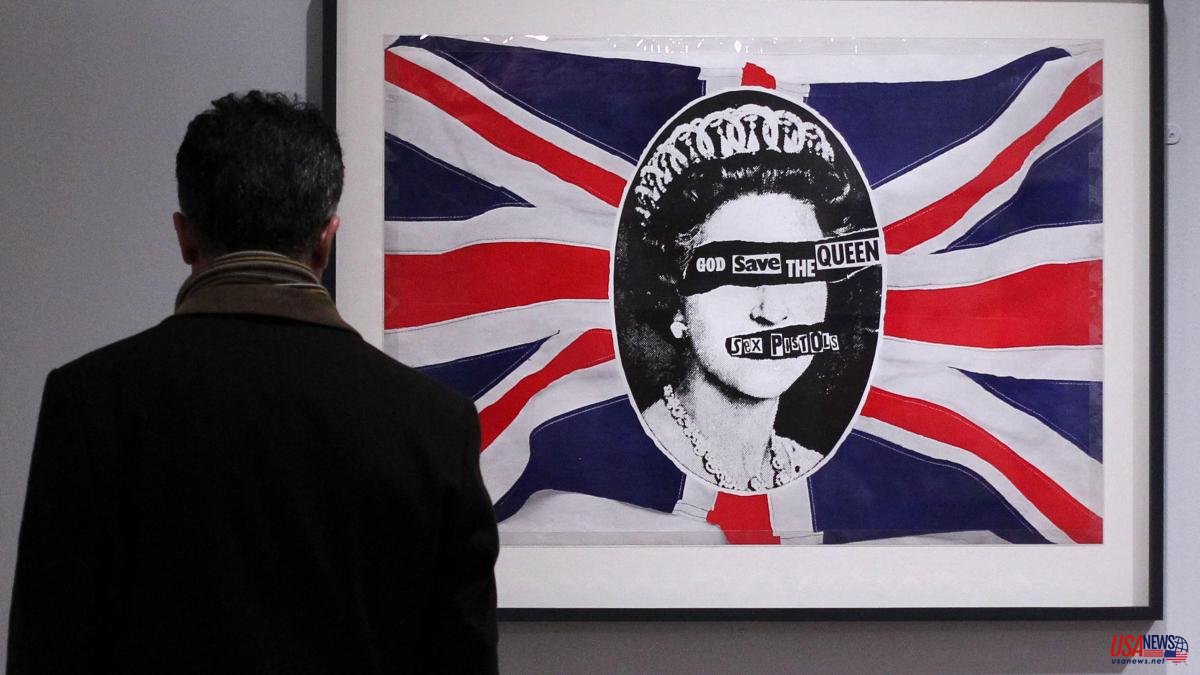 One of the things that caught the attention of those who took refuge in Spain in the 1980s after leaving Margaret Thatcher's United Kingdom was to see, from a distance, the aggressiveness of the media campaign against Elizabeth II, led by right-wing tabloids such as The Sun. There was even an astonishing republicanism - conscious or unconscious - taking shape in British society. The contrast with Spain, where not a word was allowed to be said against King Juan Carlos, was striking.

40 years later, in a strange turn of history for the most resilient imperial monarchies, history took a turn. Juan Carlos I fell into disgrace. Elizabeth II -with the help of Tony Blair- managed to save herself. Now, as a long night of praise proved Thursday, she has entered the pantheon of untouchable monarchs.

It all started - at least for me - in the year 1977, when the rigid and monochromatic British establishment tried to recover those consensual and deferential post-war times. It was made by encouraging the British to celebrate with joy the Jubilee festivities, in commemoration of the 25 years that have elapsed since the 1952 proclamation.

Many of the Queen's subjects complied by filling the streets of brick terraced houses with Union Jack bunting and paper crowns, while picnicking with cucumber sandwiches.

But 1977 was the first year of the end of that phlegmatic establishment, the same one that was convinced that it could deftly manage imperial decline and control its critics with the help of the BBC and a monarch so beloved. But they could. That became clear when the Sex Pistols reached number one in the top 40 despite being banned from public and private radio. There was Johnny Rotten spitting sarcastically: "There is no future in British fantasies" (God save the Queen). Regarding the cold and distant Queen Elizabeth, Rotten summed up: "She ain't no human being." human)".

The punk attack against the queen and against England's dreaming went far. In my high school, of Victorian manners and punishments, a badge that read: "Stuff the jubilee" (fuck the Monarchy) became fashionable. Fanzines of the anarcho-punk movement, like the inimitable Class War, assaulted the monarchy with weapons of savage irony.

Punk placed the dynamite under Buckingham Palace and alternative media like Class War put the fuse. But it would be Diana, a young Sloane ranger (what we would call posh in Spain) who, had she seen Johnny Rotten on the Kings Road in London, would have crossed to the other sidewalk, who was going to definitely blow up the foundations of the old Windsor house. She did it by forcing a reconversion that, incredibly, Elizabeth herself would take over years later.

Even more surprising: the medium that would lead the offensive against the monarchy would be The Sun, the ultra-conservative and tabloid pamphlet with three million readers that had propelled Margaret Thatcher to 10 Downing Street in 1979.

Owned by Republican Australian tycoon Rupert Murdoch, The Sun was at the forefront of the attack on the Windsors. A critique, from her point of view, that was perhaps necessary in order to portray Thatcher as the true iron lady and scourge of the dank UK establishment.

Roy Gleensdale, a former journalist for The Sun, described it in an interview: “It was clear (…) that the royal family was at the top of the establishment; we all thought it was old-fashioned, decoupled from a new meritocratic Britain under Margaret Thatcher. And this, to some extent, was a republicanism, conscious or unconscious”.

The Sun had already been thoroughly used with the successive scandals of Prince Andrew and the divorce of Princess Anne. But after the catastrophic marriage with Carlos, Diana would be the Joan of Arc used to charge against Elizabeth II. The media beatification of the so-called "princess of the people" -completed after her violent death, caused ironically by the paparazzi who would later offer exclusive coverage of her to media such as The Sun- allowed the hardest blow against the monarchy. Although no one dared to call it republicanism.

The embarrassing scenes of histrionic mourning after Diana's death - a mass hysteria that would forever end the myth of British phlegm - posed an existential danger to the House of Windsor. It only survived thanks to Tony Blair, then at the height of her popularity thanks in part to Murdoch's Thatcherite media support. Bent on modernizing the UK's image to suit the neoliberal age, the Labor Prime Minister managed to manage the crisis and fabricate a new royalism tailored to the newly launched Cool Britannia slogan, a national marketing campaign featuring Oasis and David Beckham.

Blair would save the queen. Diana's children, Harry and William, would be the vehicle that, with their woke modernity, would stop the "unconscious" republicanism unleashed by the cult of Diana. With the addition of Megan, the strategy would allow everything to change in the Windsor house so that everything would remain the same. Soon Isabel was going to re-emerge as another person, a true "human being", softened by her age and reconciled with the fact that the future would belong to Diana's family.

"She was so cute and so warm," a young Londoner interviewed Thursday by the BBC said between sobs, after news of the death. It was the opposite image of the one Isabel had projected 30 years earlier.

Even John “Rotten” Lydon, at 66, has said that he is “proud” of the Queen for “surviving” so many years. Of course, the sex pistol has added that, given the new King's fondness for Pink Floyd and gardening, his arrival on the throne will mean "the end of the monarchy".