Pedro Sánchez raises the banner of "social and fiscal justice" in his ideological fight against Alberto Núñez Feijóo, intensified by the abolition of the Patrimony tax in autonomies governed by the Popular Party such as Andalusia and the Community of Madrid. 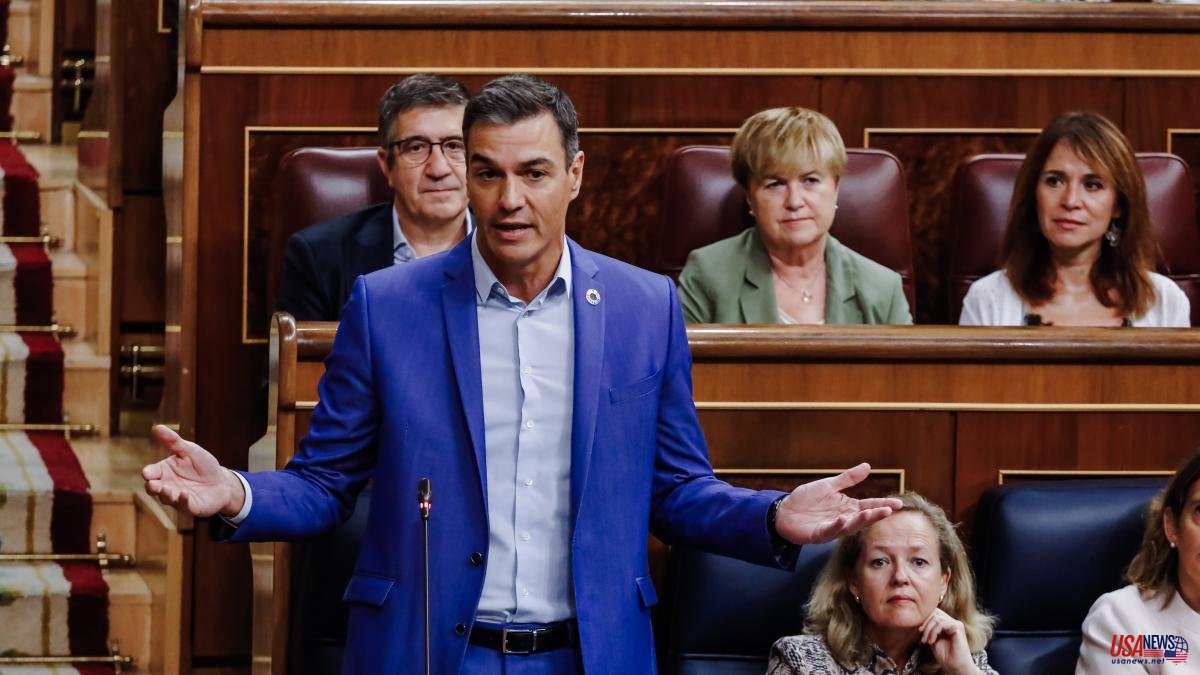 Pedro Sánchez raises the banner of "social and fiscal justice" in his ideological fight against Alberto Núñez Feijóo, intensified by the abolition of the Patrimony tax in autonomies governed by the Popular Party such as Andalusia and the Community of Madrid. And in Moncloa and in Ferraz they claim to have two magnificent letters in favor of their interests. On the one hand, that the new taxes on the "indecent" extraordinary profits that they assure that the large financial entities and energy corporations are obtaining thanks to the gas crisis and the increase in inflation, have a "majority support" of a citizenry very alarmed by the economic uncertainty. On the other, they warn that Feijóo's rejection of these new banking and energy taxes "sows doubts" within the ranks of the PP itself, and that it also "makes a break" for many of the mayors and regional presidents of this formation. who will stand for re-election at the polls next May. And for the PSOE, on the other hand, they consider that it will be a powerful "electoral asset".

And it is a strategy that the socialists of all territories are very determined to promote. Thus, the PSOE has decided to register motions in all municipalities to support this tax on the extraordinary benefits of banking and energy companies, with the aim of "portraying" the PP in all municipalities and, above all, tightening the screws to the mayors of this formation who, in their opinion, disagree with Feijóo's rejection of the initiative promoted by Sánchez in the midst of an inflationary crisis and with the shopping basket through the roof.

This was announced this Wednesday from Ferraz by the municipal policy secretary of the PSOE, Alfonso Rodríguez Gómez de Celis, who has opposed these taxes to the "profits that fell from heaven" to banking and energy companies, also in line with what Ursula defends von der Leyen in the European Commission, with the "social hell" that he has assured that the PP promotes with its fiscal proposals. He thus recalled that taxes on large financial entities and energy corporations will mean an injection of 3,500 million euros per year for public coffers, while the abolition of the Wealth Tax in Andalusia and the Community of Madrid will divert resources for public policies . Gómez de Celis has warned that the PSOE will register these motions in favor of banking and energy taxes in the 8,131 municipalities of Spain, so that "all citizens" can be clear about the position of the PP in this regard. As he has denounced, "the PP carries in its DNA the merciless rise in taxes on the middle and working class", and only seeks to favor "the rich".

The Sevillian Gómez de Celis has warned that the abolition of the Wealth Tax in Andalusia and Madrid, the two communities that he has assured that they are at the bottom of Spain in health and educational spending, is “the greatest fiscal betrayal that the PP has carried out ”. “In Andalusia we don't need more unsupportive and unproductive rich people, what we need is for there to be fewer poor people”, he stressed. And today he has assured that Andalusia is 384 million euros poorer with "the tax reduction for the rich" that he has attributed to the president of the Board, Juan Manuel Moreno Bonilla. “The rich Andalusians have hit the Christmas jackpot in advance. The tenth lottery ticket has been given to him by the PP, but the ones who have paid for it have been the Andalusians ”, he criticized.

In any case, from the direction of the PSOE the shot is raised against Alberto Núñez Feijóo. And quite unlike Emiliano García-Page, Gómez de Celis has expanded the number of epithets directed against the leader of the PP. "Feijóo is a sad, insolvent and incapable man." He is sad, the socialist leader has argued, because he "projects permanent denial into everything that is good for citizens." He is also insolvent "because he does not give correct data" in the debates in which he participates. And finally, Gómez de Celis has criticized that Feijóo "is incapable of governing his own party, because he is constantly behind Ayuso and Moreno Bonilla, with his tongue out, at the pace that Madrid or Andalusia set for him."

On the other hand, the tax reductions promoted by the PP, according to the socialists, will imply social cuts, in health, education or pensions. The PSOE has already launched a campaign this week to transfer the image of a Feijóo bent on the interests of the economic powers and the highest incomes of the population, who represents a minority of the citizenry, compared to a Sánchez who defends the vast majority of Spaniards, included in the middle and working classes. "The PP governs for the richest 0.2%", warns the video made in Ferraz to denounce the announcement by the president of the Andalusian Government, the popular Juan Manuel Moreno Bonilla, to abolish the Wealth tax in his autonomy, the same that happens in the Community of Madrid directed by Isabel Díaz Ayuso. "There are 17,000 Andalusians who are going to be very happy, against 99.8% of the rest of Andalusians who are going to see their social services, their health services and their education services cut," says the secretary of organization of the PSOE, Santos Cerdan. "This government is going to defend the social majority of this country," Sánchez ditches in the video of the socialists.

In addition, the PSOE has quantified the cuts that, in its opinion, the abolition of the Patrimony tax in Andalusia will imply, since they assure that it will reduce the budgets of this community by 93 million euros. A money with which, they point out, 20 early childhood and primary education centers could be built. Or 25 new health centers. Or hire 500 family doctors or pediatricians, a thousand nurses and another thousand caretakers for a year. Or cover the more than 400,000 dependency aids that are pending, according to critics, by the Andalusian Government.